Christina has been a licensed attorney in Wisconsin since 2008 and, prior to joining InterVarsity, practiced law at a firm in Sun Prairie, Wisconsin. As an attorney, she served on the Board of the Dane County Bar Association as Co-Chair of the Mentorship Program (2012-2014) and on the Uniform Trust Code Committee (2011-2013). Christina’s law practice focused on estate planning, elder law, and creditor’s rights.

Prior to practicing at the firm, Christina served as the law clerk and small claims mediator for the La Crosse County Circuit Court. She has also worked at Epic Systems Corporation as a Quality Assurance analyst.

Christina and her husband, Eric, who is also on staff with InterVarsity in Information Technology Services, attend City Church in Madison, Wisconsin and are blessed to have three adorable young sons, Luke, Elias and Gabriel. 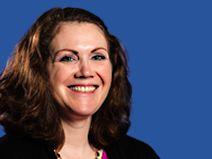