Jon Eisenberg longs to see fundraisers, ministry partners, and development systems that reflect the lavish generosity of our Father. A child of a Jewish father and Christian mother, Jon became a Christian through InterVarsity as a college student.

He served as an InterVarsity campus minister and Assistant Regional Director in Pennsylvania. He then became our first National Advancement Officer.

Before returning to InterVarsity in 2021, Jon served as Vice President of Advancement at Water Street Mission, where he led a team responsible for marketing, major gifts, events, volunteer ministry, donation processing, and the donor database. He has also worked with The FOCUS Group.

Jon and his wife, Jennifer, who was on staff with InterVarsity for 23 years, have a daughter and son. He has degrees from Lehigh University in music and philosophy. 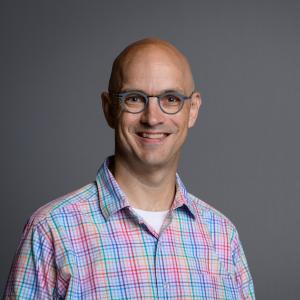