Amidst the Dancing Vegetables | InterVarsity
Skip to main content

Amidst the Dancing Vegetables 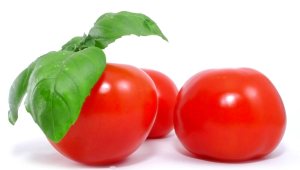 How does InterVarsity Press transmit its commitment to thoughtful Christian books in the midst of dancing vegetables promoting Veggie Tales, celebrities touting their celebrity books, and costumed Biblical characters at the International Christian Retail Show?

Well, at the recent ICRS held in Atlanta, July 10-13, IVP partnered with Kregel Publications and several other publishers on a special display that showed off reference books and titles dealing with theology, biblical studies, and cultural issues. Publishers Weekly reports the 60-foot display was actually captioned “Thoughtful Books.”

In the latest kudos bestowed on an IVP author, Margot Starbuck was given the Golden Scroll Award for Nonfiction Book of the Year from the Advanced Writers and Speakers Association (AWSA) for her book The Girl in the Orange Dress: Searching for a Father Who Does Not Fail. The awards were announced at the AWSA’s annual banquet in Atlanta on July 10th.

IVP’s commitment to thoughtful books on weighty topics is frequently recognized by Christianity Today and other publications. IVP has several blogs, including Behind the Books, where the latest post is “Reflections on the Wild Goose Festival.”