Breaking Good: How Engagement in the World Grows Us | InterVarsity
Skip to main content

Breaking Good: How Engagement in the World Grows Us 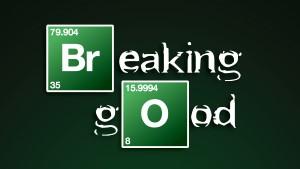 Netflix recently released the final eight episodes of the hit TV series Breaking Bad. I watched them all, marathon style, with a couple of friends on a Friday night. There is something sadly intoxicating about watching the degeneration of a man from a mild-mannered high-school chemistry teacher into a demon-possessed, power-hungry, adrenaline junkie.

Character degeneration seems to happen little by little through hundreds of small decisions. A decision to bend the truth just a bit makes it easier next time to bend the truth a little more. And the path from mild truth bending to chronic lying is frightfully short.

The same is true for other deviant character traits—greed, sexual misconduct, various addictions, apathy. We’re not so much born with doing these things; we learn to “break bad” over time and through many small decisions. Character change occurs in all those little choices we make day by day, especially when we’re displaced or under stress.

For instance, after gathering 72 followers, some of whom Jesus may have only known for a few months, he sent them out as lambs into a pack of wolves (Luke 10:1-24). They were to wander two by two through the towns that Jesus was planning to visit without bringing extra clothes or money. In other words, Jesus intentionally displaced them and called them to depend on God and the people to whom they were sent. Every choice to eat what was put before them, every choice not to worry, every choice to preach, to heal, or to cast out demons was a character-transforming choice.

Another time, when 12 of them returned from a similar trip (Mark 6), a crowd of thousands gathered to hear Jesus teach. He then lobbed a logistical hand grenade to his disciples by asking them to feed the hungry crowd. “That would take more than half a year’s wages! Are we to go and spend that much on bread and give it to them to eat?” they asked him (Mark 6:37). It was all part of Jesus’ plan to train his followers to break good.

Whether Jesus was inviting disciples to walk on water with him, or throw their nets back into a section of water where they had caught no fish, or heal or cast out demons, he seemed to be regularly springing very uncomfortable events upon his followers and forcing them to wrestle with their natural tendencies toward faithlessness, fear, and apathy.

So it would seem that it is in those situations where we are faced with decision making in challenging situations that the potential for transformation exists—for good or for bad.

Our educational system is based almost exclusively upon information, not upon impartation or transformation. Building character is not the chief aim of most formal education; it is the transference of information. Why, then, do we think that discipleship of our character can happen through the same methods that teach us to create chemical compounds, calculate formulas, or write essays?

When we are challenged to step into hard situations with a measure of faith and with the support of a fellow pilgrim, we are more likely to break some good. This is why I love seeing people pressed out into action on campus, in the city, or in the world with a healthy balance of support and challenge. It is in InterVarsity’s Urban Projects, Global Urban Treks, Global Projects and Study Abroad programs that we are faced with dozens of small decisions which can grow our ability to love more deeply, to hear God more acutely, and to die to ourselves more thoroughly.

This year, over Lent or spring break or summer, with the assistance of a spiritual advisor or mentor, join at least one other person to step out into the world and break some good.

Scott is the Director of Global Engagement and Justice for InterVarsity as well as a prolific author, editor, and blogger.