The Dirty Hands of Jesus | InterVarsity
Skip to main content

The Dirty Hands of Jesus 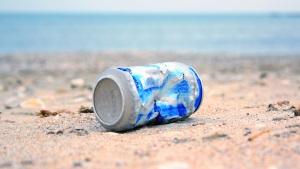 Once every couple of months, a group of volunteers crowds into the slim, cement walkways between the houses of the Bangkok slums. They walk through the village of rusted, tin-shingle roofs, one-room homes, and blue tarp walls, all built on top of marsh waters filled with used bottles, old newspapers, today’s sewage, yesterday’s rotting food, and more, with one mission in mind: slum cleaning.

And when they come, people in the community notice. Sometimes villagers ask why they’re there. The group doesn’t preach on any corners or hand out any Bibles. But they do say, whenever asked, that they’re working with the church.

When I initially heard about the “slum cleaning” projects, I nearly chuckled out loud. To me it seemed pointless—new garbage would replace the collected trash within 24 hours. But really, my chuckle was indicative of a deeper sentiment: skepticism.

The truth is that my “gut theology” (as we coined it in Bangkok during my Global Urban Trek) isn’t faith or profound hope; in reality, it’s often cynicism.

I’m cynical that change will happen: that institutional poverty and racism can be lifted, that sex trafficking can come to end, that police brutality will stop, that cycles of domestic violence can be broken. Every time a dirty newspaper is picked up, another glass bottle is thrown down. It’s in these moments of helplessness that I find myself coming back to this image of Christians cleaning up trash.

Their work reminds me poignantly of the Jesus I worship. I imagine Jesus to have brown earth crusted under his toenails and smudges on his hands, with his sleeves rolled up as if he’s about to pick up something muddy. The Jesus I worship can smell the stench of dog feces, infected leprosy wounds, and soggy papers. Maybe he sneezes when it’s too dusty. These are simple ideas but compelling reminders that our Jesus displaced himself from the glorious, jewel-adorned, throne rooms of heaven to come get dirt under his fingernails in our cracked, smelly world.

With this Jesus in mind, I come back to the trash-filled streets stretching from Bangkok to India to Ferguson. There’s trash everywhere I look. In many ways, I’m still broken from Bangkok. I still find myself questioning where God’s hand is in our world. I remember the women who were paid 9 baht (less than 10 cents) for the $9.99 headband they made by hand for Claire’s stores, and the toddlers who had learning delays because their moms worked and drank in “karaoke bars” through pregnancy.

I don’t even need to remember Bangkok to find suffering, though. I turn on the news to see entire villages burned in Gaza and 12-year-old Black boys being shot dead by police in Cleveland. These realities often make me wonder if God sees this, if God cares.

Yet when I think about the Christians picking up trash in the slums, I know they’re saying to this small, otherwise-invisible village: We see you. You are worthy of beauty and dignity, and God cares about you. They embody Jesus for those few hours. They allow themselves to get dirty, they displace themselves, and they show a glimmer of hope to this village. A hope that connects people to the church and communicates that there’s a power much bigger than themselves that can give them life.

As we enter a new year, I come back to the feet of Jesus who gives me this hope. Although the world’s suffering and injustice seem like a massive, immovable wall in front of me, the gospel says that Jesus came down to earth to push against this stone wall with me. And I believe that every push, every piece of trash picked up, and every prayer spoken is a push from the source of hope and towards hope.

It’s when I rely on the limited capabilities of humans that I become cynical. But the entire Christian story testifies to a Savior who is leading the redemption process. It’s not in my hands. After walking and suffering firsthand, Christ promises us, “Behold, I am making all things new” (Revelation 21:5).

A Savior who was an instant fix to all-things-bad sounds nice. But the Christmas message of a God who came down to get dirty, to push with us, and to sneeze like us remains more powerful to me. So, holding on to the basic truth and hope that the incarnation gives me, I continue to lament, to pray, to work, and to ultimately believe goodness will be restored.

Cia Mathew is an alumna of Brown University and is now in her first year of medical school.

Why not pray about applying for a Global Urban Trek yourself?