Downton Abbey, the Super Bowl, the Real World, and Me | InterVarsity
Skip to main content

Downton Abbey, the Super Bowl, the Real World, and Me 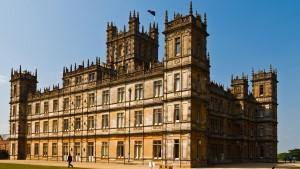 I admit it: Downton Abbey writer Julian Fellowes has me totally hooked. Here’s how I know. (Spoiler alert.)

Three weeks ago, I watched in horror as Anna, beloved lady’s maid in Downton Abbey, was raped by the valet of a house guest. Everyone was home when it happened—her husband, the whole Crawley family, her fellow servants, as well as other friends gathered for a musical performance; they were all just a floor above, but no one could hear her scream.

As a female, any depiction of sexual violence admittedly leaves me feeling vulnerable. Watching alone in my apartment, Anna’s panicked screams echoing in the deserted downstairs corridor lingered on in my mind for several hours after the show had ended.

But I also felt deep anger, sadness, even shock that something so horrific could happen to Anna. I mourned the shame she felt and her resolve to keep it a secret even from her husband. I found myself wondering how she’d go on.

From the perspective of Fellowes, my reaction is spectacular, of course—exactly his aim when he wrote the scene. He has completely sucked me in to the fictional world he’s created through the power of his words, combined with talented actors and actresses.

The problem comes when I mistake my reaction to the show—my anger and sadness—for real action against the injustices in the world. Anna feels like a friend to me. After watching the show, and in the episodes since, I feel to some degree as if I’m walking with her through her deep grief. I think I understand, in a very small way, the shock and pain and shame a rape victim experiences.

But Anna isn’t real. She doesn’t exist. And if I think for one second that my sadness for a fictional character has done anything to help real victims of rape—or to help me understand what they’ve been through—I’m badly mistaken. And if I don’t let the powerful plot of Downton Abbey move me to take actual steps to fight for real victims of rape, I do a disservice to Fellowes’s talent and creative work, as well as to the convincing acting of Joanne Froggatt, who plays Anna.

So what will I do?

Today, on Super Bowl Sunday, I can start conversations. The Super Bowl is said to be one of the highest trafficking incidents in the United States, though reports are mixed on whether there actually is an increase in sex trafficking during the event or whether law enforcement and government officials are simply more focused on trafficking and prostitution, thereby making more arrests. (One advocate for victims, Rachel Lloyd, the founder of an organization that helps victims heal and rebuild their lives, says that the real threat for victims comes after events like the Super Bowl, when everyone goes back to not caring.)

But whatever the truth about the Super Bowl itself, the press surrounding it highlights the fact that sex trafficking and prostitution—where women are raped over and over and over again, night after night after night—are very true realities for many females, not just this weekend in New York City but every night, all over the country and the world. We can use the event—and the unarguable sexual exploitation of women that takes place during commercials and half-time shows—to start conversations about the reality of sex trafficking here in the United States.

I know—it’s not what we want to think about during our Super Bowl parties. Bringing up something so weighty in the midst of the revelry is not the easiest or most convenient way. Just like it’s easier and more convenient to mourn fictional Anna’s rape—to be fully engrossed in the show—and then simply move on to whatever is next in my evening, without a thought for the women who are raped all over the world and have no one to tell, no one to care, no one to speak the words, “It wasn’t your fault.”

Don’t get me wrong—I’m not against a Super Bowl party, Downton Abbey fan clubs, or entertainment for entertainment’s sake. Cheer, groan, squeal, cry as you want. But don’t lose touch with the reality that the game or the show points to, both while you’re watching and especially after the show’s over. See the bigger picture. And take some kind of action. Here are a few more suggestions.

What other actual steps can we take to fight sex trafficking and help rape victims in the real world?