The Evilest App Ever | InterVarsity
Skip to main content

The Evilest App Ever 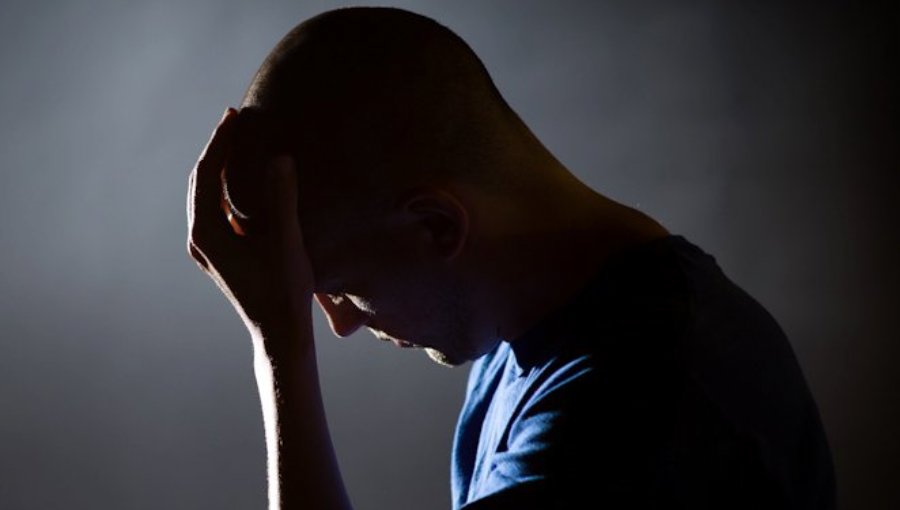 Do you secretly want to have sex with a bunch of your Facebook friends?

Too cowardly to have a real relationship, to actually know and be known?

Can’t be bothered to commit to love and care for someone?

Trying to blow off the relationship (or marriage) you’re in?

You just need Bang with Friends, a new Facebook app. I found out about it from this Fast Company article. You log into the app using Facebook and then pick Facebook friends with whom you’d like to have sex. If they join Bang and also pick you, you are both notified. And then, presumably, you have sex.

Never before has it been so easy to hurt your loved ones.

Never before has it been so easy to screw up your relationships. (Pun intended.)

Never before has it been so easy to load yourself up with so much baggage that you’ll never really be happy with your sex life.

These are now true for all of us. Apparently, three twentysomething men in California built the app to find casual sex and help others do the same. Word has been spreading quickly since it launched nine days ago, with 260,000 registered users in the first eight days (source).

One Facebook user wrote, “Sad state when an app for this exists, as well as when it is well received. This is evidence of the rapid decline in the marriage rate and marriage quality these days” (source).

In response, one of the app’s cofounders called such people “prudes.”

The currently unnamed founders say that they are just representing what happens in real life, that they want to take the awkwardness out of our sexuality.

Many things that happen in real life are not good. We’re sinful people; we act on desires without thinking about consequences down the road. Many actions, even ones we choose, are not harmless to ourselves or others, despite seeming that way.

Consider how many quality friendships will be ruined because of just a connection made on Bang, not to mention an actual hook-up.

Think about the middle-schoolers and high-schoolers you know. Do you want your 13-year-old child or sibling banging their friends? Can you fathom the ways this app will affect their future dating relationships and their marriage?

InterVarsity staff work with hundreds of college students all over the U.S. We see firsthand the life-shattering effects of casual sex and sexual brokenness. Imagine how much this app will increase that pain on campus.

Reflect on how many married people, foolishly “checking it out,” will cheat on their spouse. They will have to deal with guilt, remorse, worry, and likely an eventual admission that they’ve broken a promise to the person who is closer to them than anyone else.

I wonder how many abortions this will lead to, how much heartache Bang with Friends will cause.

Want to give the best Valentine’s Day present ever?

Adam Jeske has served in Nicaragua, China, and South Africa and regularly contributes to Relevant. With his wife, Christine Jeske, he has written This Ordinary Adventure: Settling Down Without Settling. He blogs, tweets, and serves as the Associate Director of Communications for InterVarsity.

How to Have Sex: Relationship Advice for Guys

3 Things About Sex, Dating, and Jesus

Just publishing this article will lead countless scores of weak Christians into sin. May God have mercy on us.

I wonder what the app does

I wonder what the app does with age limits. Could it be violating any laws? How does this intersect with US law on statutory rape - or the laws of other countries, for that matter? I wouldn't be surprised if Facebook shuts this one down before long. I think this is just begging for trouble. It's horrific, though.

This is a bit sensationalist,

This is a bit sensationalist, don't you think? "Never before?" Is there anything new under the sun? Especially the technological sun? It's been a while since I've browsed the internet without AdBlock plus on, but I'm pretty sure those ads that sell "Hook-up with singles in your area" are still showing up in the sidebars and banner ads of email accounts everywhere. The internet has been making sexual immorality easier since the beginning. I really find the "never before"s problematic, too. Sin starts in our mind ... and it's never been hard to lust. All sorts of screwed up perceptions of sexuality have to be in place before an app like this can be successful. And claiming that casual sex "wrecks your life" without really qualifying what that means, and suggesting you'll never be really sexually satisfied (what about forgiveness, healing, new creation, a transformed mind?), and waving the "prude" flag, isn't really communicating what Jesus wants for us - which isn't right behaviour because of self-righteousness or fear - he wants our love (which happens to result in obedience). And "just imagine," "consider," "reflect on," ... you're implying your audience would never sin like this. As though all good Christians understand why God calls us to sexual fidelity and there's nothing to explain. But wouldn't it be more edifying if this blog was for human being who are tempted? You're making it an "us vs. them," "Christian vs. heathen sinners!" thing. Instead of thinking about all the sin those sinners might do why not develop an argument about why Bang With Friends is NOT giving what it promises, that casual sex isn't the good we (humans) (can) think it is. That might equip the InterVarsity student to talk with their friends at college who are curious about it, to help them make right choices, that point them towards what (Who) will truly satisfy, who will truly give them the connection, the self-worth, whatever it is they are mistakenly seeking through casual sex. Eh? Let's redeem this as a news item and use it as an opportunity to imagine ways we can discuss this with friends that shows them Christ's love, instead of an opportunity to shun the nonbeliever, and act like sin is this shocking thing (it shouldn't be surprising to Christians who understand the Gospel).

That is really sad and

That is really sad and disturbing. Thank you Adam. We can pray its owners find the light and delete this darkness.

That's really the best valentines day present EVER? Like it or not, we live in a society that is rapidly changing and redefining sex and love. so-called christian influences and media remain absent from the conversation by framing every conflict in the same 'them vs us' argument we have heard for generations. It is very easy to remain reactive, condemning, and irrelevant rather than address the complexity of relationships.

I think this article will be

I think this article will be more damaging to young Christians than the "Bang Your Friends App" will be. It is very clear that the "Bang Your Friends" app is a moral nightmare and probably makes it easier to sin. Young Christians will clearly see that. And its existence might cause a small % of on campus Christians to fail. What is not clear is the incredible lack of wisdom and terrible view of sin, grace, and temptation that is displayed in this article. Jesus does not call us to be prudes. He calls us to be disciples. A wise, experienced Christian can read between the lines of this article and see the basic "point" that the author is trying to make. A young or new Christian in their late teens or early 20's might not be so discerning. And, at such a crucial point in their theological development, reactionary fluff pieces such as this will only train them to be shallow Christians that will be "easily scorched" (Matthew 13 - Parable of Sower). God did not save us to "not sin"... He saved us to glorify Himself and to rescue us from sin and darkness. This article reduces the Christian message to moralism and legalism.

"Just publishing this article Posted by Anonymous (not verified) on February 5th, 2013 at 3:46 pm Just publishing this article will lead countless scores of weak Christians into sin. May God have mercy on us." I suppose it could, but are we suppose to just avert our eyes from the problem and never acknowledge it until it pertains to us? The article was written with good (I think?) intent, but I agree that it certainly could have been worded better.

I found this helpful and

I found this helpful and informative, thank you for writing it.

I support and agree with the

I support and agree with the effort to shine light into this outrageous and dangerous app. Although the nature of the app is not new, as a way to encourage promiscuous sex, one should take into account its broad access to millions of users as young as 13 or less, also the fact that the app is allowed by this successful worldwide (and supposedly righteous) company endows the app with a false impression that its use, and therefore this behavior is fair. Allowing this app to exist may have far deeper bad consequences that it appears. It can open a very dangerous road to all sort sinful behavior involving minors, prostitution and who knows what.

I'm pretty amazed that this

I'm pretty amazed that this app exists. I am also pretty amazed at the flack you are getting for writing this article. Of course we are called to be "prudes" -- 1 Corinthians 6:18 says we are to FLEE sexual immorality. Keep up the good work and I pray that people will listen to you and avoid this problem!

I see you're following the

I see you're following the long tradition of outraged christians providing free publicity to people and things they profess to hate (or is that "love, but not approve of"?) Think "Last temptation of christ" for example, a truly awful film that succeeded beyond belief (if you'll pardon the expression) purely because of crowds of outraged nutters with placards standing outside advertising it. Without outraged christians like you to quote, my newspaper in far off Australia wouldn't have had enough to make a news article out of a simple app, (if it even came to their attention), but thanks to you, this app has received free publicity the likes of which they couldn't buy in Australia. Well done! Celibate atheist downunder

This is hilarious. "Outrage".

This is hilarious. "Outrage". It isn't even a good app, let alone worth writing about. It is probably just an exercise, self promotion for the developer(s) so that when they're sitting in the interview with Zynga (or whoever) they have a credible response to, "what apps have you created, how much interest was generated" etc etc. They will probably even site your blog with commentary like, "I (we) even manged to invoke some good old fashion paranoid rage from those zombie Jew on a stick worshipers."