The Fruit of the Spirit: Gentleness | InterVarsity
Skip to main content

The Fruit of the Spirit: Gentleness 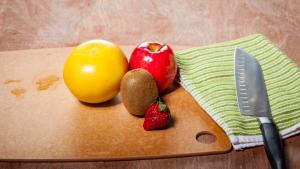 A few years ago, when I was preparing to lead a Bible study on the fruit of the Spirit, I started by going through each one to try to recall what I had learned or read about it before.

When I got to gentleness, the only images that came to mind were cheesy Amish romance novels involving a young woman in a bonnet kneeling in a sunny field with the wind gently blowing. Try as I might, I couldn’t recall a single sermon, book, or conversation on the topic. So I knew I had some digging to do.

The Strength in Gentleness

It turns out that the Spirit does not produce in us an ability to look awesome in bonnets.

The word Paul uses for “gentleness” in Galatians 5:22-23 is prautes, which has the same root as the word Jesus uses to describe those who will inherit the earth in Matthew 5. It’s usually translated as “meek,” “mild,” or “gentle.” But Strong’s Greek Concordance says that the word “refers to exercising God’s strength under His control . . . demonstrating power without undue harshness. . . . The English term ‘meek’ often lacks this blend . . . of gentleness (reserve) and strength.” 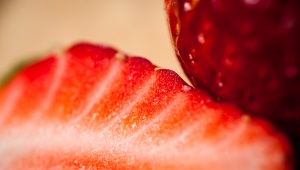 Reserve and strength. Power and control. These are not words that come to mind when we think of gentleness.

But consider Jesus’ entrance into Jerusalem. In Matthew’s account of the incident, the author refers to Christ as a fulfillment of Zechariah’s prophecy: “See, your king comes to you, gentle and riding on a donkey, and on a colt, the foal of a donkey.”

The king of all kings appears—the most powerful figure Jerusalem has ever known—and the thunderclap entrance that he chooses is . . . gentleness. He could have come in accompanied by ten thousand trumpeting angels. He shows up on a donkey.

Just after this entrance, he overturns the tables of cheaters in the temple. (Gentle?) Then he heals all of those who come to him. (Gentle.) Then he curses a fig tree. (Gentle????)

Yes, Jesus is gentle at all times. He is “gentle and humble in heart” (Matthew 11). Jesus has prautes, both in his cute baby face and later in his anger in the temple.

Gentleness, then, is not a relinquishing of strength. On the contrary, the Spirit is powerful, and we are given access to that power. Gentleness, meekness—prautes—is recognizing that we are not the source of power, but the instrument of it. And as that instrument, we are under God’s control. We are not to wield that power harshly or without purpose.

As I led the study on the fruit of the Spirit, I was convicted by the idea of gentleness more than by any other trait that Paul mentions in this Galatians passage. 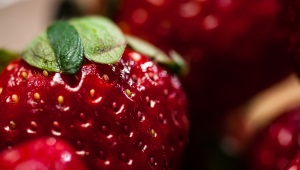 This is partly because I am not a naturally gentle person. I tend to wield the gifts God has given me harshly, particularly when it comes to language. The desire to use language to gain social power had led me to do so at the expense of my friends too often.

So I did a sarcasm fast. I intentionally put that power back under God’s control, asking him to give me gentleness. And where I expected to feel awkward and humorless, I was instead able to see opportunities for sincerity and encouragement more clearly.

For me, prautes meant being unsarcastic. It might mean something different for you. Just don’t confuse it for bonnet-wearing dandelions. At its essence, it means recognizing that the Spirit is not only our power, but also the guide of our power.

In what areas of your life is he asking you to let him be that guide?

Don't miss a post in our series on the fruit of the Spirit: