How to Follow Jesus in the Midst of the Mundane 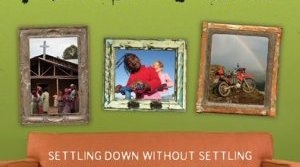 They traveled the planet, doing missions and community development work in Latin America, China and Africa. Then they came back and settled down in the land of malls and manicured lawns.

And they despaired at the lack of Amazing Days. Is this all there is? they asked.

Adam Jeske, who co-authored This Ordinary Adventure: Settling Down Without Settling with his wife Chrissy Jeske, shares about their call to missions, how their decision affected their families, the lows of mission work, and how he and Chrissy are seeking to live Amazing Days here in the United States.

Did you and Chrissy feel called to missions?

For us that was a pretty intense call. We had already seen a lot in Scripture that pointed to being concerned about the poor, and Chrissy and I were especially confused by Jesus’ statement: “Blessed are the poor.” So our decision to leave the United States came from a call to go and learn what Jesus meant when he said: “Blessed are the poor.”

How did your families react? 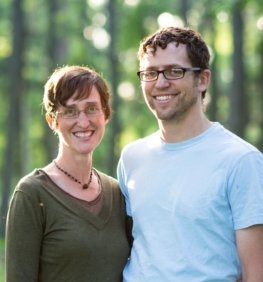 I grew up as the son of dairy farmers here in Wisconsin, and dairy farmers are not known for taking a lot of risks. My family had a lot of questions; there was a great deal of worry, and they were praying  for us quite a bit. It was not as big of a surprise to Chrissy’s family when we decided to move to Nicaragua, but they were equally concerned about their daughter moving across the world. Moving to Nicaragua was a risk for us and our families.

But, risk is a key part of faith. If there’s no risk involved, there’s no real need for faith.

How did you honor your parents along the way?

Our families were generally supportive, but they did have a lot of questions. We listened to their concerns and tried to answer their questions as best as we could, while also trying to minimize risk where we could.

Did you ever consider giving up on the mission field?

I think it’s a big myth that people who go overseas—to do good, to share the gospel, and to serve the church—are immune to doubt, fear, anger, or frustration. Missions is a pretty frustrating endeavor. One of those difficult times for me happened in Nicaragua—I reached the end of my rope.

I had suffered through giardia, malaria, and then one day I had broken my ankle while hiking down a mountain to visit a neighboring village. This village was far from medical care, and I was in a lot of pain. I remember laying on a cot, thinking:  “Wow. I really don’t want to be here. Why am I here God? I’m sick. Now I have a busted leg. I can’t get around. I’m more work for the village, than help for the village. I’m done.” I had reached the end of myself, but I sensed God say: “You’re staying til August.”  So we stayed until August.

When you moved back to the United States, did it feel like settling?

While we were in Nicaragua, China, and South Africa, we believed that we were living the kind of life that matters. When we moved back to the United States, we began wrestling with the question: “How do you follow God in the midst of the mundane, ordinary life in North America?”

We’ve wrestled with that question, and we’re still on that journey. But that question was a big part of why we wrote the book. Our book details how we first slammed into American culture after ten years of mission work and describes the answers that we’ve started trying to live out. So far, one of the things that we’ve discovered is that living in North America doesn’t mean you can’t live a life that glorifies God or full of joy and purpose. And that is also why we’re doing the 31 Amazing Days Campaign. How will you make today amazing, and who will you invite into this?

Leave a comment below and tell us what you plan on doing for your Amazing Days!  You will be entered to win one of our free book give-away. Three winners will be randomly selected on November 1st!

Amy Hauptman is writer on InterVarsity's communications team. The three driving forces in her life, besides her love for coffee, are to see, learn and enjoy as much as possible. She also blogs at amyhauptman.blogspot.com