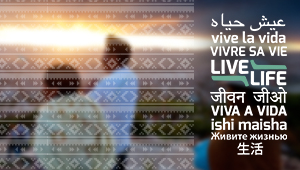 It wasn’t so much that I was opposed to longstanding traditions in the church when I was younger. It’s just that they were never talked about. Ever. I hardly knew they existed.

What really mattered in the charismatic church I grew up in was being led by the Spirit. If something was new, unique, and “Spirit–led,” then it was good. Any kind of old tradition had likely run its course of usefulness, we figured, and was therefore relegated to the back closet of the church where we kept all of the other “old wineskins.”

My first exposure to High Church tradition was during college at my friend’s Lutheran church. The Sunday service took the form of a traditional liturgy. The words and prayers, while old and pre-written, were dense with meaning and good theology. There was comfort in not having to come up with a prayer and in interacting with the pastor beyond the common shouts of “Amen!” and “Preach it!”

In addition, at some point during the service I reflected on the other churches who were following the same liturgy, and on the fact that the content of our service and the words that we were reciting knit us together across the country, the world, and even time. This blew my mind. I understood in a fresh way what it meant to be the church.

College was also when I first learned about Lent. During my freshman year, I watched a friend forgo soda and dessert in the dining commons. Why would someone give up dessert for nearly seven weeks? I wondered. How is sugar related to my spiritual life? Do I have to give up something to be more spiritual? Though I was curious, I remained an onlooker that year. I was perfectly content to take my spiritual formation with a side of Coke.

Before long, however, I came around to seeing the value in fasting from something that I have every right to have for the sake of discipline and growth. Throughout the rest of my years in college and my first years on InterVarsity staff, I began to explore these newly discovered treasures from the ancient church—practices like following the liturgical calendar, observing a sabbath, and taking part in the  seasons of Advent and Lent.

Over the years I have fasted from sweets, soda, coffee, meat, and various other luxuries. One year, my coworkers and I decided to eat a “staple diet” for the duration of Lent. Each week we ate a different staple food from different parts of the world, such as rice, beans, or lentils, for all of our meals. At one meal each day we also added a few vegetables and occasionally a few ounces of meat. The experience was a fast of solidarity to be mindful of and praying for those who live in poverty around the world. Sadly, my week of dumpster diving for food was the week that I ate the best. The food that we throw away is the staple for many who live in poverty in our country.

The Lenten experience became far more meaningful when it connected me to the rest of the world and to issues of justice. It’s a season that produces discipline, gratitude, prayer, and compassion in us.

This year I’m taking part in Live Life, a campaign run in partnership with World Vision and IFES to bring college students and young adults around the world together to explore the meaning of “life in all its fullness” during the Easter/Lenten season. The campaign will feature six weekly challenges, stories of students making a difference from countries around the world, and a global sharing platform where each person can express how they are uniquely participating. Every Sunday here at the blog, we’ll be posting reflections written by InterVarsity Urban Projects directors that correspond to the challenge you’re invited to try that week through the Live Life campaign.

Discover the life Lent can bring by joining me and others from more than 80 countries around the world at worldvisionyouth.org.

Josh Harper is the National Coordinator of Urban Projects for InterVarsity. He loves to ride bikes, grow food, and play with his two girls, Lucia (4) and Beatrice (2).

Read more about Live Life and the goodness of Lent.