Just Tell Me What I Need to Know: Finances After College | InterVarsity
Skip to main content

Just Tell Me What I Need to Know: Finances After College 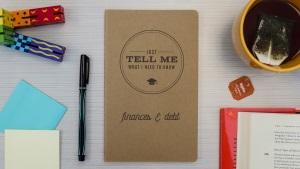 Hi. My name’s Anthony. I was president of my InterVarsity Christian Fellowship chapter at San Diego State University. After college, getting out of debt became my chief goal. Once I was debt-free, I dedicated my time and resources to mastering my finances in my twenties.

Now, I don’t worry about money. At age 26, I have more money invested in my retirement than most of my peers have in their bank accounts. I have a respectable amount of savings, and I am able to tithe and give generously back to people and causes God cares about.

Here’s what you need to know about finances.

1. The decade after college is the most important financial decade of your life.

When my wife and I began going to premarital counseling, our counselor kept calling our first year of marriage “The Year of Wet Cement.” This is the year we would create behaviors, habits, and relationship expectations that would be the foundation for the rest of our marriage.

Your twenties are the same way in regards to finances.

Odds are, you’re not going to have a lot of money right out of college (in fact, any money you do have will probably be going to bills and loans). That’s all right. If you discipline yourself now, it will pay off later. That’s another critical financial principle; do things now, and you’ll see the results later. And those results will be astounding.

Do what you can with what you have now.

2. Compound interest is one of your greatest financial assets.

The problem is that compound interest is water in your cupped hands right now. It’s dripping away.

Most folks don’t start investing and enjoying compound interest until they’ve lost a ton of time. You have the chance to start early.

Leroy is one of those rare 22-year-olds who starts making $60,000 a year right out of college. He’ll retire at 65. Over those years, he’ll contribute 10 percent of his pre-tax salary into his 401(k) retirement account (and his employer will throw in about 2 percent too). Assuming Leroy keeps up his contributions until he’s 65, he’s due to have over $1,000,000 at retirement.

Then look at Barbara. She waits a long time to start investing, and doesn’t start putting money toward retirement until she’s 45. At that point, she puts in more money than Leroy ever did per month. Still, she won’t even have 50 percent of what Leroy would have at age 65 with her rate of investment.

Most people will never be financially successful.

This is the harsh, blunt truth about finances that most people don’t realize. But, it’s possible to be financially successful.

Excellence and success with finances is extremely difficult to achieve. It’s like training for the Olympics. That’s how hard it has become in today’s society. How many Olympians do you know? I might know one or two through some old friends of mine. How many people do you know who are absolutely killing their finances — are debt-free, have a steady retirement savings, have more than a couple thousand (shoot, a couple hundred) dollars in their bank account ? Probably not that many either. There are so many things working against you —like  the incessant temptation to spend your money on junk and entertainment and the ubiquitous opportunities to put off important financial behaviors. And often nobody is there to teach you.

Most people will never change these behaviors. Sure, they may, in a moment of desperation, realize they’re really behind the game and begin throwing all their energy and resources into their bank account, but these behaviors rarely last, and are almost always partnered with anxiety, fear, worry, and remorse.

I would say I’m very financially successful for my age and walk of life. I have several friends who are in the same boat — debt-free, and have a sizable savings account and a rock-solid financial plan for their future. Our stories are all relatively similar: we realized our old spending habits were keeping us broke, and we needed to change not just the brand of food we bought, but rather our entire financial paradigm.

That’s what you need to do too. Don’t take any financial, retirement, investing, budgeting, and spending advice from anyone around you who is not killing it in their finances. Are they broke? Are they drowning in debt with no plan to get out? Do they spend extravagantly and carelessly? Don’t listen to their suggestions about money.

Do start early. That is perhaps the best way to achieve financial stability and discipline, and it also pays the most rewards. Seek the counsel of individuals who have what you have, and are what you want to be: debt-free, with respectable savings, wise investing history, and rock-solid financial behaviors.

Nothing else will do.

Anthony Moore is the founder of StuffGradsLike.com, where he helps college graduates find success in finances, relationships, and careers.

By Izabella Lee
Just Tell Me What I Need to Know: Defining Success After College

I grew up valuing a type of success that looked like this: a stable career, a stable family, with a good spouse and well-behaved kids, and enough money to take care of me, my offspring, and my parents for the rest of our lives.

By Rahmadi Trimananda
Just Tell Me What I Need to Know: Should I Go to Grad School After College?

This question about grad school, which ties in closely with life direction, actually deals with calling and vocation in its very core.