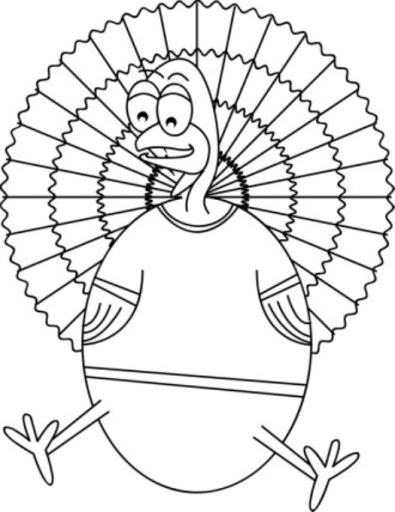 Though Thanksgiving used to be a holy day, it’s now a secular holiday. But we can regain holiness in our family’s celebrations by keeping thanks to God in our Thanksgiving.

A Brief History of Thanksgiving Day (Hint: It Didn’t Start at Plymouth)

The first documented Thanksgiving feasts in America were conducted by Spanish explorers to thank God for their successful journeys across the Atlantic.

Thanksgiving holy days in the Commonwealth of Virginia were established in Jamestown by 1610. Nine years later, a group of English colonialists arrived at Berkeley Hundred and wrote as part of their charter, “We ordaine that the day of our ships arrival at the place assigned for plantacon in the land of Virginia shall be yearly and perpetually kept holy as a day of thanksgiving to Almighty God.”

In 1621, the Thanksgiving Day we Americans usually identify as the first Thanksgiving occurred in Plymouth when Pilgrims and Native Americans celebrated an abundant harvest together. Later Thanksgiving Days received official approval from Governor Bradford in 1623, giving the day official recognition not only from the church but also from civil government.

During the eighteenth century, some colonies reserved Days of Thanksgiving for solemn prayer. The First National Proclamation of Thanksgiving given by the Continental Congress in 1777 recommends “that servile Labor, and such Recreation, as, though at other Times innocent, may be unbecoming the Purpose of this Appointment, be omitted on so solemn an Occasion.”

Thanks to Abraham Lincoln

On October 3, 1789, George Washington proclaimed the first Thanksgiving Day designated by the national government of the United States, declaring that “it is the duty of all Nations to acknowledge the providence of Almighty God.”

In subsequent years, a number of other Presidents also declared a Thanksgiving Day during their administrations, as did several governors. But credit for a set date goes to Abraham Lincoln, who designated the final Thursday of November as the annual Thanksgiving holiday. That date stood for several decades.

No Thanks to FDR

In 1941, shopping for Christmas gifts before Thanksgiving Day was considered uncouth. But the founder of the Federated Department Stores in New York (later called Macy’s) convinced President Franklin D. Roosevelt to push Thanksgiving Day back a week to expand the shopping season. Roosevelt did so to give the country an economic boost, a boost he hoped would help bring the nation out of the Great Depression. Despite initial protests, the new date stuck.

These days, Thanksgiving is mostly a secular holiday—and not just because of all the shopping that occurs. In religious homes that celebrate Thanksgiving, prayer to God is usually confined to the ritualistic words that precede an extravagant meal. In non-religious homes, expressions of gratitude, addressed to no one in particular, are sometimes substituted for a prayer before eating.

Since this nation now contains a diversity of ethnicities, cultures, and religions, most of which have little reference to the experiences and values of the Christian Pilgrims, many people in our pluralistic American society do not find Thanksgiving as relevant to their lives as previous generations.

For the majority of Americans, then, Thanksgiving Day in America is no longer a sacred occasion but a secular event.

Keeping Thanks to God in Thanksgiving

Is there a way to redeem this secular day and keep it holy?

What if the meaning of Thanksgiving Day was once again rooted in the experience of the Pilgrims, not culturally or ethnically—not as Caucasian, British Christians—but more universally, as members of humanity who discovered a deeper faith in God through their struggles and hardships?

What if we told the Pilgrims’ story with empathetic imaginations, seeing and feeling in their plights something of our own hardships? What if we told their story as one of the great survival narratives of humanity, a narrative of “biblical proportions” that stands alongside the record of the Hebrew people’s survival in the wilderness? What if we remembered the Pilgrims not only as extraordinary members of the human family but as members of our own families, distant relatives we can admire and learn from?

Or what if we allowed the generosity of the Native Americans at early Thanksgiving celebrations to challenge and inspire us to be more hospitable with our homes and possessions and more sacrificial with our time and money?

Perhaps then their stories would somehow, imaginatively, become our story. And we would marvel at their faith and courage, at their joy in sharing what they had, and at how we ever survived the challenges of this past year—only by God’s grace and love. Perhaps then we would find that the Thanksgiving holiday was returned to a "holy day," made sacred by our renewed gratitude to God.

Jonathan Rice is the Senior Editor of InterVarsity's Communications team.

Discovering a Life Worth Living