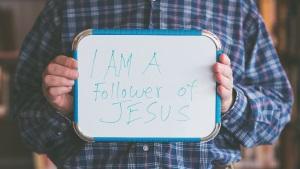 In terms of denominational origin stories, it’s hard to get more dramatic than Lutheranism: in October of 1517 a young monk, troubled by the dissonance between what he reads in the Scriptures and what he sees in his church, boldly nails 95 statements of theological challenge to the door of Castle Church in Wittenberg and unleashes a revolution that changes the entire direction of Christianity and European history. This compelling narrative arc, embellished over time, became the common reading of the beginnings of “The Reformation.” That story has also created a number of misconceptions about the branch of the Western church that would bear Martin Luther’s name.

The first misconception that needs to be cleared up is that “Lutheran” isn’t the most accurate label for our particular expression of Christianity. Luther did not intend to establish a “new church,” and while his writings form part of the foundation (in particular, his Small and Large Catechism), it would be more appropriate to refer to us as “the Churches of the Augsburg Confession.” In 1530, the Holy Roman Emperor Charles V called the German princes together in the city of Augsburg to try to settle the theological controversies that had emerged in the 15 years since Luther’s theses. They, with input from Luther and other theologians like Philip Melanchthon, produced the Augsburg Confession. This document is an honest acknowledgment of doctrinal disagreements and an appeal for acceptance from and reconciliation with the Roman church hierarchy. Lutheran pastors still promise to teach, preach, and fulfill their duties in accordance with it upon their ordination.

The second major misconception is that Luther and his colleagues were forward-looking radicals who espoused a new vision of church that would find its fruition in modern-day Protestantism. On the contrary, they were actually looking back—at the Scriptures and at the writings of the early theologians of the church—and critiquing the ways in which the Western church of the 16th century had fallen out of alignment with the ancient church and was in need of renewal and reform.

It is out of both the confessions of the church and a backward reflection that emerge what I believe are three foundational commitments of Lutheranism:

The Lutheran landscape has changed quite significantly in 500 years. Lutheran polity and structure were highly influenced by how the denomination developed in various European countries and contexts. For example, liturgies and practices of the church developed quite differently in Germany compared to Scandinavia. And when immigrant communities from those various countries were established in the US in the late 19th and early 20th centuries, a polyglot of Lutheran “synods” (church governance structures) came into existence representing those various ethnicities. Many of them were eventually brought together into the Evangelical Lutheran Church in America (ELCA). But some (the largest being the Missouri Synod) have felt compelled to remain separate over differing understandings of things like textual criticism, the ordination of women, and how Communion is administered.

Over the past 20 years, the ELCA has pursued greater unity with other Protestant church bodies, entering into a full communion agreement with the Episcopal Church in 1999, and later with the United Methodist Church and the Presbyterian Church (USA). At the same time Lutheranism in the US has also been roiled by the same late-20th-century and early-21st-century theological tensions (such as questions around human sexuality) that have affected those other “mainline” denominations.

While Lutheranism is quite strong in both its scriptural and sacramental understanding and practice, our greatest flat side is probably an impoverished appreciation and appropriation of the power of the Holy Spirit. From very early on, Luther and his reforming companions were suspicious of overly enthusiastic expressions of the Christian faith. Luther once famously accused the Anabaptist Tomas Müntzer of “swallowing the Holy Spirit, feathers and all.” Also, our northern European forebears were not known to be the most demonstrative and ebullient folk. And the Charismatic renewal of the late 1960s and early 1970s, which greatly impacted Roman Catholics and Anglicans, did not make its way into Lutheran churches in the same way. Therefore we need our Pentecostal brothers and sisters to help us grow in this aspect of Christian experience.

So why do I identify as a Lutheran? In some ways, because of my own history as a descendant of German immigrants who came to Pennsylvania in the 1840s. But also because of a later-in-life draw to liturgical and prayer practices that have shaped the people of God for millennia, and a desire to live life shaped by God’s Word, the sacraments, love, and unity. Much of this personal journey for me is summed up in the paragraph on the third article of the Apostles’ Creed in Luther’s Small Catechism:

I believe that I cannot by my own reason or strength believe in Jesus Christ, my Lord, or come to Him; but the Holy Spirit has called me by the Gospel, enlightened me with His gifts, sanctified and kept me in the true faith; even as He calls, gathers, enlightens, and sanctifies the whole Christian Church on earth, and keeps it with Jesus Christ in the one true faith; in which Christian Church He forgives daily and richly all sins to me and all believers, and at the last day will raise up me and all the dead, and will give to me and to all believers in Christ everlasting life.

This is most certainly true.

Scott Brill is an Assistant Regional Director for InterVarsity Christian Fellowship in New England, with a focus on Catholic campuses and Catholic students.

Getting the Reformation Wrong

Most students of history know that Martin Luther nailed his ninety-five theses to the Wittenberg Church door and that John Calvin penned the Institutes of the Christian Religion. However,

The Bible played a vital role in the lives, theology, and practice of the Protestant Reformers.