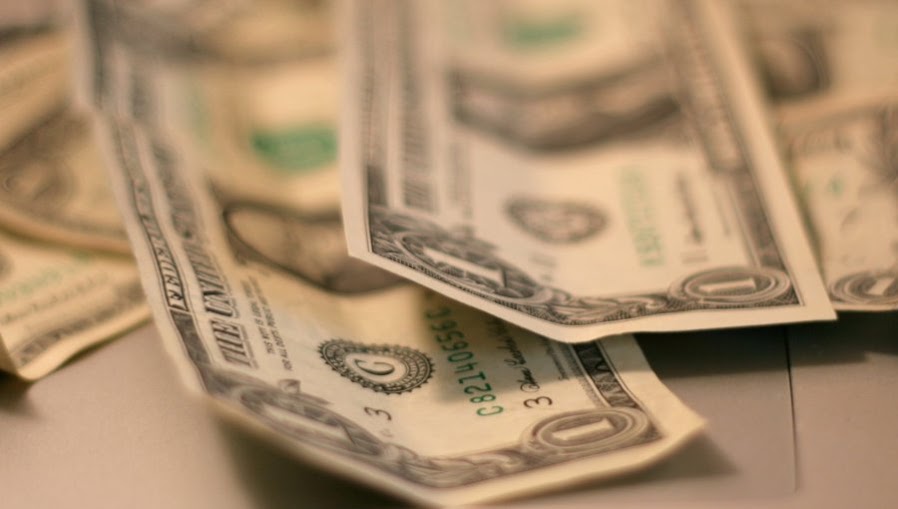 Looking at your bank statement from last month is like meeting a stranger.

Does anybody recognize the “Last Month’s Transactions” person? I don’t know anyone who looks at their debit card history and feels like they’re seeing reality. What are all these purchases? $71.42 at Arby’s? Another $14 at some kind of board-game store? $37 for individual piano keys? Who is this person?

Money can be mysterious. Questions abound—questions that we weren’t lucky enough to get answered because our dads are not Dave Ramsey (at least, mine isn’t). At InterVarsity, though, we want everyone—and particularly students, who, if they’re anything like I was in college, are heavily investing their current revenue in Red Bull—to have a strong, healthy understanding of their finances in light of God’s biblical truth. And we want your time with Last Month’s Transactions Person to be like a coffee date where you sit down and discuss how you both are responsibly pursuing each other’s fiscal goals, as boring as that sounds.

With that in mind, here’s a handy, not-quite-comprehensive-but-still-really-useful, five-minute guide to money.

Well, it’s complicated. Technically speaking, money is legal tender which can be exchanged for goods or services. It comes in a variety of shapes and formats. Multicolored rectangular paper has been the most popular style since the 1700s, when everyone realized that “making it rain” using giant doubloons was a concussion hazard.

How do I get money?

The traditional way to get money is to work, either by selling goods or rendering a service in exchange for currency, known colloquially as a “job.”

No, no—how do I get more money?

Ah yes! One strategy is to work more jobs. Another is to work harder at the job you have so that you can get promoted. These options will, of course, significantly cut into your viewing time for Downton Abbey, so a more highly recommended strategy comes courtesy of the British monarchy, wherein you arrange (via marriage if necessary) a complex web of alliances which you will then (after two or three hundred years) use to consolidate power and wealth. Please let us know how this goes.

Why can’t I just spend money on whatever I want whenever I please?

Because this isn’t science fiction; your money can’t be in two places at once. The $20 for Korean barbecue can’t also help pay the rent, or sponsor a child overseas, or keep the electricity turned on. This seems like common sense, but many people—myself included sometimes—regard money as something magical that can be spent and spent while still also remaining in their bank account. It doesn’t work like that. When it’s spent, it’s gone.

How do I stop spending money on things I don’t need?

You don’t need a Roomba? Who told you that?

In all seriousness, you need to have a budget. I’ll say it again. You need a budget, friend. A budget is a physical list—if it’s not on paper or in an Excel spreadsheet, it’s a daydream, not a budget—of all your anticipated expenses for the month. Making a budget forces you to (a) actually take stock of what you need financially to live your life, and (b) decide when and where you’re going to allocate your resources. This puts you back in control of what things you’ll buy and when.

Where can I find some awesome resources on how to budget? For free, I mean.

BudgetSimple, Dave Ramsey’s website, and BudgetTracker are all good resources. Those of you who are comfortable allowing a little extra information on the Internet might like Mint.com. There are also free iPhone and Android budgeting apps available, including iReconcile, Expenditure, MoneyBook, and Easy Envelope Budget Aid.

Am I the only one who doesn’t have this money thing figured out?

No. But it can often feel that way because we don’t generally talk about our finances with others. We can be a resource for each other, however, in providing perspective and accountability that banish our vague embarrassment or shame about a personal lack of money know-how.

You most likely know people in two categories: young adults who don’t really know what they’re doing financially, and older adults who do. This is great news. Find your broke peers and start talking honestly about what’s going right and wrong with your money habits. Pray about asking a mature older person to mentor you in the area of finance. Take it from a guy who wasted thousands of dollars on DVDs and Smoothie King in his twenties: the sooner you do this, the happier your life will be.

How does God view my money?

First of all, it’s his money, just like everything else is his: talents, life circumstances, friends, the Earth, every breath itself (etc.). As an experiment, try calling it “God’s money” instead of yours, and see what happens.

Second, this is a great question to ask. The easy answer here is that God views your money as an extension of his will. Meaning, he gave it to you so that you could magnify his name by using it wisely (i.e., in ways that help advance his kingdom, like making sure the needy and suffering are cared for).

That sounds simple enough, but the truth is that money is a paradox: it is simultaneously a gift that God has given you that you can use freely and something that still belongs to God. This paradox can make spending money challenging.

For instance, there will always be places where we could reallocate our money away from ourselves and toward God’s kingdom, down to the last red cent. And reallocating for God’s kingdom is a good thing. But it can devolve into a kind of feverish arms race to see who can give up more earthly comforts in favor of a maniacal asceticism, all trying to answer the question “Am I obedient enough now? How about now? What about now?” That’s not what God intends to happen.

We are stewards of his money, no question. But the money is a gift for us to use freely. So, if we're not going into debt and we're tithing the recommeded 10 percent, is it okay to buy a new car or take our family to a baseball game or treat ourselves to a delicious dinner at a high-end restaurant?

Like I said, it’s complicated. But God helps us live in the paradox, and really does speak to us about our money if we’re willing to ask and listen. What he speaks to you might be different than what he speaks to me, and that’s okay, as long as we’re both seeking him and asking him for his view of his money.

I seriously did buy a Roomba. What should I do with it?

Just don’t feed it after midnight.

Drew Larson works for the YMCA, writes, and ministers in Madison, Wisconsin. He used to blog at casualfootballer.wordpress.com.

Check out these resources for more help on viewing and managing your finances.