Ofygft: The Secret to Healthy Dating 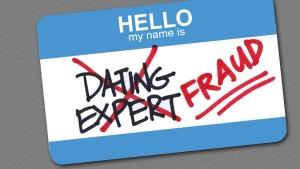 Don’t believe me? Just search “dating advice” and watch as the Internet overloads and collapses on itself like a Jenga tower on a waterbed.

Taken as an entire body of research, most of the advice out there is deeply contradictory and confusing. Go out for a fancy dinner. No, coffee. No, do an activity. Don’t date at all—court! No, that’s stupid; just date. And be intentional! But remember to keep it casual. But not too casual—guard their heart! Play hard to get. That’s too hard; you’re not talking at all now. Texting is a great way to flirt. No, real men don’t text! Be confident. Whoa—too far; that’s cocky. Curl up at his feet like Ruth did with Boaz! Works every time!

Is your head spinning yet? If so, stop that. You’ll never have a healthy dating relationship if your head is rotating all the time. It creeps people out.

The truth is that most people are pretty much winging it when it comes to dating. Which leads me to my first point.

Nobody knows anything. Not really, anyway. At the heart of dating for Christians is the question, “How do I get to know a person in such a way that honors God and respects them, but also maximizes the chance that—if I want—said person might fall in love with me and possibly movie-kiss me in the future?”

It’s a hard question to answer. And so-called dating experts often do not help. It takes an unbelievable amount of chutzpah to declare yourself a dating expert. Don’t get me wrong; I loved Hitch as much as the rest of America (way more so, judging by my Netflix account), but he was both an imaginary character and Will Smith. Most dating experts are neither, and so we should feel free to ignore them.

In fact, if you meet someone who is breathtakingly good at dating, that’s probably a yellow flag anyway. Get involved if you want to, but don’t say Taylor Swift didn’t warn you about it, along with many other things including crying on a guitar and going back to December all the time.

Another way to look at it is this: dating is essentially a survival skill not unlike building a signal fire in the wilderness. If you meet somebody who’s good at it, great. But if they’re really good at it, it’s worth wondering if maybe they just like getting lost in the woods all the time.

That said, should you ignore literally everybody who can give you dating advice? No—probably just people who are actively trying to get you to visit their website, buy their program, or follow them on Twitter. Your best bets are your obvious sources: pastors, mentors, parents, married people with successful relationships longer than seven years, and single friends who you know for a fact have made such hilarious relationship mistakes that they’ll trip over themselves to keep you from replicating them (etc.).

I also authorize you to listen to Doctors Henry Cloud and John Townsend, because . . .

You knew it was coming. Strong boundaries are essential to healthy dating relationships. For our purposes we’ll define boundaries as “those things about which you have decided you are absolutely not going to tolerate any nonsense.”

For Christians wanting a healthy dating relationship, this list usually includes deal-breakers like physical or emotional abuse, pressure for physical intimacy, the other person not being a Christian, and general foolishness like constant lying or dropping in and out of communication for no reason or being a pro Dance Dance Revolution player, etc. It’s important to decide ahead of time what kinds of foolishness you’re going to tolerate or not tolerate from a relationship—the correct answer generally being, “None of whatever all that was, thanks for playing”—and then enforce it so hard that you hear that record-skip sound effect in the background of your life.

My point is simply that boundaries are good, and for healthy dating relationships, you should get some massive ones with bright flashing lights that are visible from roughly Cuba. In other words, if the FAA contacts you because helicopters are routinely attempting to land around your sushi dates, you have good boundaries.

Buckle up. This last piece of dating wisdom will blow your mind. Here it is:

Obedience for you, grace for them.

Maybe if I point out that the acronym—ofygft—looks like a word for a Scandinavian dice game? No? Still not doing it for you?

I understand. It’s not sexy advice. But it’s the advice under which pretty much all other relationship advice can be folded.

Obedience for you. Obedience when you don’t feel like it is called discipline, and discipline is passion that decides it doesn’t want to sit at the kids’ table anymore.

Because you’re at the blog of a campus ministry I’ll assume that you love God more than anything and want to follow him. This means that in all likelihood you have, somewhere near you right now, a Bible: a multi-thousand page book filled with God’s words that equip you to do absolutely everything you’ll need to do in the Christian life (see 2 Timothy 3:16-17), including be a halfway decent Christian boyfriend/girlfriend/husband/wife.

To have a healthy dating relationship, start reading the Bible, believing it, and doing what it says. Again, it sounds like an incredibly cliché thing. And yet I know for a fact that the vast majority of people reading this (and, yes, the one writing this) studied the God-breathed, Spirit-anointed, Christ-proclaiming Word for less than 20 minutes today, and probably most other days. Blunt? Yes. But did I say something incorrect? I bet I didn’t.

The sooner you do this, the sooner you enter the crux of the Christian life, which is the submission of your whole self—all of you, everything, every part of your personality and experience—to the truth of Scripture. That submission will necessarily involve the diagnosis of a dizzying array of sins in your life, many (if not all) of which are actively impeding the health of your life in general, and dating relationships in particular.

So: Get. In. The. Word. Be ruthless about anything and everything that blunts your passion for it. Let Scripture crash the walls of every unrepentant part of you and knock down every impediment that keeps living water from flowing. Then do what it says.

Grace for them. If you do get in the Word and start trying to obey it, the first thing you’ll notice—particularly if you’ve enjoyed a few years on Christian cruise control—is that you suck at it.

This is good news! The sooner you disabuse yourself of the notion that the Christian life comes naturally or easily, the sooner you will be forced to wade into the vast reservoir of forgiveness that Jesus bled and died to win for you. Once you see yourself truthfully, as a person who is trying hard and loved beyond measure by the Lord but still sort of the Romans 3:23 poster child, you become a person of grace—toward yourself, and others.

If you’re in any kind of relationship worth its salt, the other person will be doing the ofygft thing as well. Like you, they will also be terrible at it. But hopefully also like you, they’ll still want to keep trying. That mutual understanding of terrible-ness is the bedrock of grace.

So give grace. Give it abundantly, like our Lord gladly did and does for you. Give forgiveness as freely as possible, from one person who is in desperate need to another, and never stop.

It doesn’t sound like most of the dating/relationship advice you can find on the Internet, I admit—but that’s kind of the point.