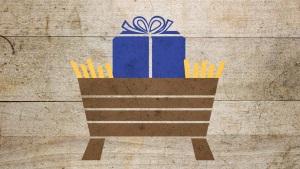 Today is Epiphany. Depending on your background, you may be upset that I’m calling it obscure. Or you may be wondering what I’m talking about.

Epiphany traditionally is a day to celebrate the arrival of the Magi, who visited Jesus after he was born. In a broader sense, it is also a celebration of God physically revealing himself to us.

In other words, it is a day when what was long obscured became manifest.

The Magi, as Matthew tells the story in his Gospel, see something unique happen in astronomy, a field in which they’re very knowledgeable. They tie this strange phenomenon in the sky to Jewish prophecies about a coming King, and set out to find him.

Though they’re aware of Jewish writings, they’re not well-versed in them. So, upon their arrival in Jerusalem, they go to the “experts” for help—the Jewish chief priests—who explain that the Messiah is to be born in Bethlehem. Having received the answer they need, the Magi continue on their way to seek this King.

The chief priests, whose entire lives are woven around these words given from God about a Messiah, do not.

The Magi travel hundreds of miles to meet a Savior their culture does not know. The chief priests choose not to travel six.

How could they have missed him?

It’s easy to miss Jesus, even if we are well-versed in Scripture and have a good sense of where we think he is. How do we emulate the Magi, who were so sure of the importance of Jesus and of his appearance that they left their land, culture, and comfort to come to him?

How do we make sure we don’t obscure what God has chosen to make manifest?

1. Be aware of how God speaks to you.

The Magi came to find the Christ child because God communicated with them through something they understood, loved, and respected: the stars. Mary and Joseph got dream-angels. The chief priests got the Scriptures.

God speaks to us in different ways, because we are different people with different backgrounds. We can hear God’s voice through the Bible, a dream, artistic creations, scientific discoveries, the words others speak to us, the words we ourselves speak, or any number of other ways. Think of times when you have received God’s guidance or revelation in the past. How did he speak to you? How do you best understand him? Don’t compare yourself to others. There is no lesser form of communication.

2. Find out what he is saying to others.

This does not mean compare. This means collaborate.

The chief priests weren’t educated about the stars, so they didn’t notice the new way in which the heavens were declaring the glory of God. The Magi knew something was up, but they didn’t know the details of the prophecies about the Messiah like the chief priests did. It was only when the two revelations were combined that either knew what to do.

Though some messages from God are clearly personal (think Mary’s dream), they still reveal truths about who God is and how he’s at work. Ask your friends what they are learning, and don’t be afraid to share with others what you’ve sensed God saying to you.

3. Listen, and then live accordingly.

Once the Magi visited Jerusalem, the chief priests had every reason to believe the Messiah was in Bethlehem, but none of them went. They chose inaction. They could have worshiped Jesus within a few years of his coming. Instead, they crucified him after 33.

The Magi, on the other hand, were paying attention. They not only recognized God’s work, but also acted on that knowledge. We don’t tell the story of the Magi who stayed at home, but rather those who traveled and came to worship Jesus.

We need to act on the insights that God gives us, not just acknowledge them.

At times, God’s presence is clear, and we feel his closeness to us. At other times, everything he promised seems obscured, hidden from us and inaccessible. Regardless of which season you find yourself in, take comfort in knowing that he has revealed himself to each of us in a way that allows us to come and find him.