Six Ways to Identify a Cult 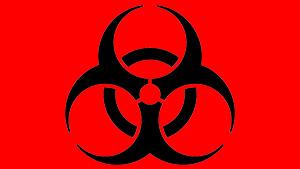 When I arrived on campus for the first time, I had a few places for connecting with Christians: a Lutheran church that a pastor mentioned to me and two campus ministries a friend told me about. These tips were enough—I checked them all out, eventually settling into a Baptist General Conference church and a quality campus ministry.

But many students have arrived on campus this fall with less to go on than I had. And some of them will be approached by unhealthy and unhelpful groups. A few new students will even be contacted by cults.

“Cult” is a label that gets thrown around at the popular level, and its use can be subjective. But it certainly is a negative one—no one says, “Yeah, I’m part of a cult.” While these groups may seem attractive at first because of their friendliness and appearance of care, they are harmful because they often seek to control their members and obscure the good news of Jesus.

There are some traits that can tip you off to a religious group’s health and helpfulness, whether it’s something you’re checking out or a group that someone you care about is considering:

If you find yourself or someone you love connected to a worrisome group, get out of it. If you’ve been part of an authentic, biblical community, reconnect with them. If not, there are a lot of caring campus ministries or churches on or near most campuses. Connect with another community for support during a transition. Many solid campus ministries are listed at the bottom of this page.

Are there other ways to identify a cult you’d add to this list?

Adam Jeske regularly contributes to Relevant and is co-authoring a book with Christine Jeske on bringing lessons from the global Church back to North America (IVP, November 2012). He blogs, tweets, and serves as the Associate Director of Communications for InterVarsity.

Often cultish groups claim to be the only true Chrisitians while the other groups are compromising, weak Christians.

funny how IVCF is writing a

funny how IVCF is writing a blog about this when they have cult like tendencies. Whenever someone points this out, IVCF will hide behind its lawyers.

Willing to talk. To the

Willing to talk. To the previous commenter, from the author of the post: If you'd like to use your name here, publically, please feel free to point out any particular tendencies that are "cult like" or how InterVarsity has hidden behind its lawyers. We are a highly disparate organization on over 500 campuses across the country. We don't have a single, powerful, charismatic leader. We encourage open discussion. We encourage personal and group study of the Bible with latitude in behavior. We are transparent and ethical in our finances. We cooperate with other organizations and partner with churches. And we use terms as they are commonly used. If you prefer a private dialog or have concerns about a specific campus, please email me at ajeske (at) intervarsity (d0t) org. Grace and peace, Adam