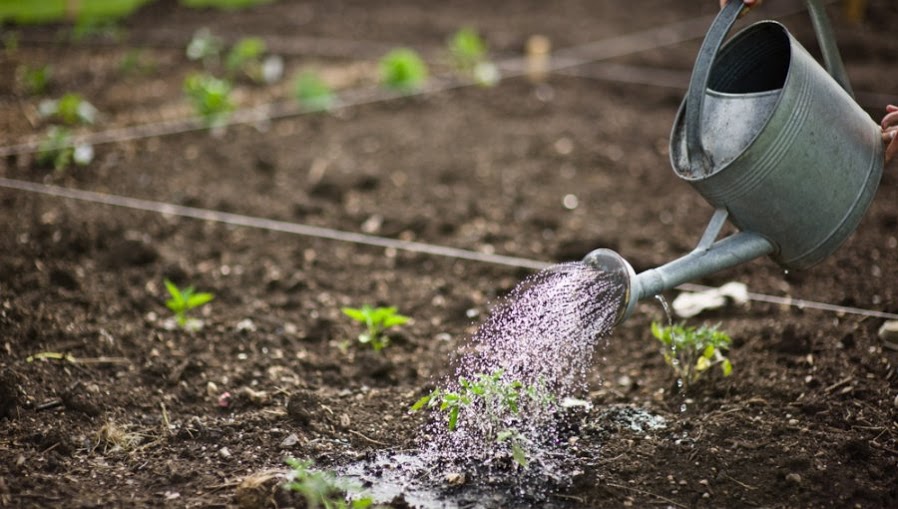 Living in the South means that March and April bring 70-degree weather, flowering plants, and an abundance of new life! Spring’s new life reminds me of God’s kingdom, which is always growing. This growth gives us chances to partner with him to plant new Bible studies, chapters, and other ministries to bring the gospel to those around us.

I have had the pleasure over the past five-and–a-half years to plant a Greek InterVarsity chapter at the University of Georgia (UGA). Through this hard yet fun and amazing adventure, I’ve learned just a little bit about planting. So here are five hints that I hope will aid you in planting new life wherever you’re called.

Partner with What God Is Already Doing

When I accepted the position to plant at UGA, I started by telling God what I was going to do. After moving to Athens, I started systematically plugging away at those plans. Unfortunately, all the events and activities that I had spent months planning did not further the vision!

However, my next-door neighbors, six sorority women from Kappa Alpha Theta, unexpectedly started reading Scripture with me. And it was out of my relationship with these six women—whom God introduced me to—that Greek InterVarsity began to grow roots.

In planting any kind of ministry, plans, strategies, preparation, and resources are great. However, the strange truth is that we never really start the new work. If God has sent you, he has already prepared the soil. Your first step for planting should be asking him, “Where are you at work, and how can I partner with what you are already doing?”

Measure Yourself with God’s Measurement

One day in November of my first year of planting, the InterVarsity staff for the undergraduate chapter found me on the floor, bawling my eyes out, because according to the “how to plant a chapter manual” and my semester goals, I was failing. By that point in the semester, I was supposed to have a ten-person core team, well-attended gatherings and outreach events each month, and enough name recognition on campus that students were no longer mistaking Greek InterVarsity for a sports team.

After talking with some wiser and older planters and spending some time with the Lord, I reevaluated the plant. Sorority women were responding to Jesus for the first time. Students were answering God’s call to leadership. And a vision of God’s kingdom was permeating Greek InterVarsity. All of that was an indication of success; it was just difficult to describe quantitatively. I learned that while numbers are important, it’s also important to ask the Lord what he considers success and measure yourself by his standards—by whether you are stepping out in faith to follow God and by whether his kingdom is being furthered. Numbers are an added blessing.

I want to be very clear: I am not dismissing prayerful, realistic goals. Goals help us plan events and structure our time so that we are building toward a vision. However, the key words are prayerful and realistic. Make sure you ask the Lord what his goals are for your new plant.

Partner with the Right People

Living in the South is deceptive. I have met women and men who have never had a drop of alcohol, have never considered sleeping with their significant others, and are meticulous about spending time with Jesus, but they’re not excited about being part of the mission of God.

My first year on campus, I sat down with a girl who seemed like the perfect Christian and a great potential leader in the ministry. However, when we talked, she told me that Greek InterVarsity would never work at Georgia because people had heard the gospel and were not willing to change their lives. She didn’t have hope that God could transform the Greek system.

God also introduced me to a woman who was sleeping with her boyfriend and was known for her partying but who was also asking spiritual questions. We began reading Scripture together. Within a week, she accepted Christ. The next week she gave up drinking. And the week after that she ended her relationship with her boyfriend. By the end of the semester she was begging me to let her start leading a Bible study in her house—which, by the way, currently has a thriving Scripture study where non-Christians and Christians alike attend and allow Jesus to transform their lives and their sorority.

To start something new, you have to partner with people who have hope that God can and will transform this world—people who want to be part of God’s mission to transform this world. Do not waste time on people who appear to be leaders on the surface but are not motivated by God’s kingdom. Chase after men and women, likely and unlikely, who share the vision of the plant!

Focus on Rhythms Rather than Events

I used to dream that in five years, UGA Greek InterVarsity would have a large group gathering every week, prayer meetings that were well attended, and small groups that met regularly. That was my dream because I would look like a good staff if those things came true!

Events can give God glory, and they can be amazing places for people to encounter Jesus. But they can also be a false idol. One job of a planter is to develop community that lasts. If you are always worried about pulling off the next event, you lose focus on creating a community with deep roots.

While planting, remember the parable of the four soils. There are soils that are ready to sprout seeds, but it never hurts to till the soil, throw a little bit of fertilizer on top, and maybe add some water to help the process.

You might find another rhythm that works better for your situation, but focus on creating places where you can invite people to take bigger steps of faith toward God and the community.

It Doesn’t End with Failure

No matter how much you plan, some of your events and attempts will fail. Your reaction to failure is important to the health of your plant.

My second year on staff, I hosted a business panel for fraternity men in which I invited four businessmen to speak about following God. I spent hundreds of dollars on flyers, posters, and tableing. I created Facebook events and emailed every fraternity about the event. After all that, two men showed up. Two! It was the epitome of a failed event.

To make it worse, I told the two students that we had failed. A friend of mine, however, gathered everybody together and debriefed our efforts. He then had all the panelists lay hands on the students and pray for the fraternity system.

My disappointment communicated the idea that following God means we always have to get results. As much as I wanted to wallow in failure, my friend turned the night into a teaching event for both the students and me. He gave us an opportunity to cry out to God. The next year we hosted the event again and had standing-room only in the auditorium.

When your plans and events don’t produce the results you want, ask the Lord how to proceed. If you are planning a cook-out to pass out information and nobody comes, you might go door to door sharing the vision. If you host an ice cream party with a goal to make 100 contacts and you only make five, you could walk around and meet 95 people. But always remember that God requires us to respond with faithfulness, not perform on command.

Planting, like spring, is a chance to see new life in places that were dead. Enjoy partnering with God in bringing new life to the world around you!

Paula Frances Price is Greek staff at the University of Georgia. She is a member of Kappa Kappa Gamma sorority. Paula Frances lives with her husband, Greg Price, and her puppy in Athens Georgia, where they enjoy hanging out in the park and eating good Southern cooking!

You might also be interested in Praxis books, InterVarsity Press's new line of resources that equip you for ministry.