What to Expect When You Return Home 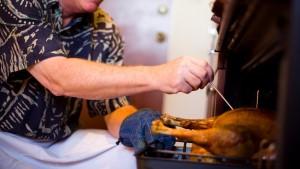 The first time I went home from college was Thanksgiving of freshman year. Every single part of me was longing for that moment when I would step off the plane in my native time zone and get to hug the people I missed.

As my university years went on, however, the center of my life shifted more and more, until it hung somewhere in the Midwest between my parents’ house and the buildings of my university, over 1500 miles apart from each other. I enjoyed the breaks that would bring me home, but after a few years I no longer ached for them.

Because I spent long periods of time separated from my life at home, my trips back provided sharp markers of how I had changed since I’d left. The changes, though, were not only in me. The places I had been and people I had known were also different. Subtle changes that I might not have noticed if I had been there were suddenly obvious.

Constants in the Midst of Change

Everyone’s experience between home and school is different. Some students live with their parents and commute. Others Skype their families from halfway around the world. Still others dread the day they have to leave their dorm room and return to their home life, or they wonder, when the dorms empty out, what being part of a family is like at all. There are too many variables for anyone to cover the possibilities of what you might encounter this holiday season.

But in my strange life of wandering through new lands and getting lost in territory I once thought familiar, I have learned to keep track of and be grateful for the constants.

I am not a constant, nor are the places I live in. The people I’ve known and the new people I’m meeting are not constants either. It is unfair and ugly of me to expect them to be.

But stars are a constant. Uncertainty itself is a constant. Most importantly, God is a constant. And the constancy of our God is immovable. He is unchanging. So when the worlds that I live in collide on their orbits, or when I find myself stranded awkwardly between them, I know that he is there.

The non-constants used to frustrate me. I wanted desperately to line up the variables of my life as fixed points that I could count and calculate to determine my direction and value. So when coffee dates with old friends turned awkward after twenty minutes as we realized the depth and difference of our changes, I mourned the loss of a certainty. And when my life began to rearrange for new relationships, I refused to see the blessing, seeing instead only the interruption of my carefully crafted formulas.

I eventually realized, though, that the same unchanging God who is the creator of the fixed-pattern stars is also the designer of the changing leaves. He created shifting seasons, and then he turned them into a constant. Every year spring turns to summer turns to autumn, although it looks different depending on where you live. Sometimes they blend together. Sometimes you wake up one day and you’re wearing flip-flops in a snowstorm wondering how you missed the weather report. But the earth continues to turn, and so the seasons continue to come and go, and their changes continue to be governed by the certain Lord of uncertainty.

You are going to run up against change in college, even if you don’t feel it this Thanksgiving break. My life became richer when I stopped expecting everything to conform to what I wanted it to be and accepted the seasons that came to me.

Students are often advised to hold their plans with an open hand, but I think it’s wise to hold your relationships with an open hand as well. People will sometimes drop out of the equation. That does not mean that the time you spent with them was not meaningful or important. And you might have to adapt your expectations about what friends will say when you sit down for a slice of pumpkin pie—but sometimes that makes both the pie and the friendship sweeter. A change of direction is not always the end. You don’t have to be afraid of it.

We can rest assured that kings and nations will rise and fall. We can even be sure that mountains will crumble and stars that seem indestructible now will burn out. And probably, at some point this Thanksgiving break, you’ll feel overwhelmed by change, caught helplessly in the middle of two worlds with a plate full of cranberries and awkward silence. But we can still praise our unchanging God, who is not only our Redeemer but also our Rock. He is our constant. Let’s give thanks for that.

For more on the constancy and faithfulness of God, check out J. I. Packer’s classic Knowing God.

For help facing unexpected change, you might like When God Interrupts: Finding New Life Through Unwanted Change.

And for help navigating family relationships, check out Wisdom Chaser: Finding My Father at 14,000 Feet by Nathan Foster, son of the renowned Richard Foster.