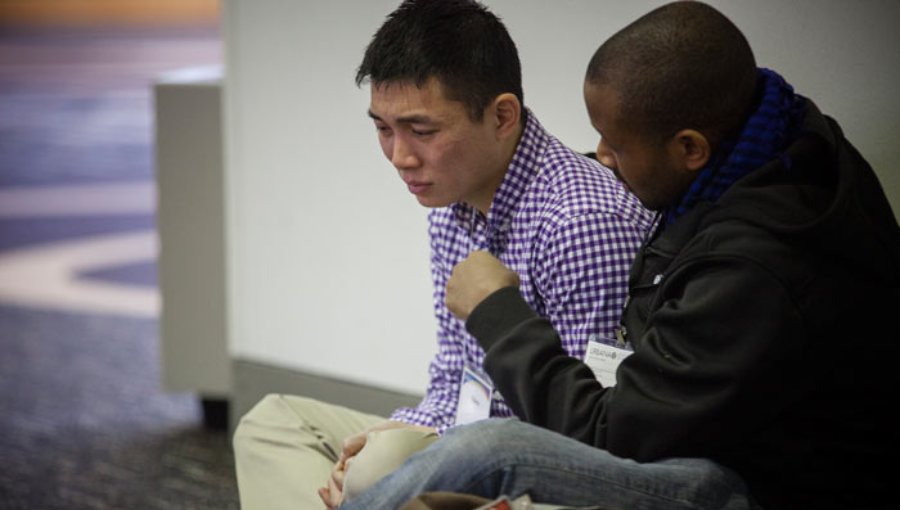 Listening is an unglorified activity.

We can pay professionals to listen to us (on an hourly basis). We can get our pseudo-therapeutic community to “listen” to us via Facebook and Twitter. But when was the last time you were intentional about sitting with a friend (other than your significant other) and just listening, without inserting your opinions, your commentary, or your general “wisdom” and advice.

I have a friend (Jacci) who describes listening as giving someone a drink of water. Most North Americans have access to clean drinking water and don’t suffer from physical thirst, but people are thirsty for someone to listen to them.

We generally don’t want to be the one listening, though; we don’t want to have to make the effort to try to understand a friend, because that puts us in a position of servanthood. It requires humility, effort, time, and energy. It requires putting aside our own voice, our opinions, for the sake of making space for another person’s voice to be heard.

But isn’t listening part of the essence of why Jesus came to earth? Didn’t he come because God listened to the cries of our broken world for a Savior? We know he listened because he responded. God responded to his people by coming to earth in the form of Immanuel (Jesus), which means “God with us.”

Everything that Jesus did on earth was intentional, and the foundation of his ministry was listening to and responding to people’s desire to be understood, to be known by God.

God on His Hands and Knees

Jesus never just gave people what they wanted. Because he was Immanuel, kind and compassionate, he addressed the entire person. And he’s still listening to our cries and responding to us holistically.

The way that God responds to humans is similar to how adults sometimes respond to kids: by getting down on the floor to crawl around with the kids to see things from their perspective, and to play with them on their level.

Our great God got down on his hands and knees to interact with us on our level, to listen to the cries of our heart, because he cares. And he responds.

Do you believe that God cares for you—so much so that he listens and responds to the things going on in your life?

What is the one thing that you need to bring before God today? Will you wait on him for a response this week?

Amy Hauptman is a writer on InterVarsity’s communications team. She is a former campus staff worker at UC Davis, the University of Nevada–Reno, and Truckee Meadows Community College. The three driving forces in her life, besides her love for coffee, are to see, learn, and enjoy as much as possible. She also blogs at amyhauptman.blogspot.com.

Who Will We Be at the End?