Wisdom for Graduates: A Right Relationship with Money | InterVarsity
Skip to main content

Wisdom for Graduates: A Right Relationship with Money 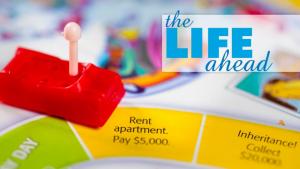 At the front end of your work career, it’s critical to have your relationship with money founded on biblical perspectives, not on cultural perspectives. Learning to be faithful in your finances now, when you don’t have as much to manage, is much easier than trying to learn faithfulness later, when much more might be entrusted to you!

The following three principles will serve as helpful guides in financial faithfulness.

1. You are a manager not an owner.

We first have to understand that God is the owner, and we are not. Clearly, this is a countercultural idea. The world says, “You made it so you own it and can do whatever you want with it.” But Scripture teaches, “The earth is the Lord’s, and everything in it” (Psalm 24:1). Like the stewards in the parable of the talents (or “bags of gold”), our role is to be managers of what we’ve been entrusted with. Managing the time, talents, and treasure God has given us for the sake of the kingdom is our first calling and biggest challenge.

2. Money does not determine your value.

As Christians we believe our value and worth come from God. Functioning with this reality in our contemporary culture, however, is very difficult. Henri Nouwen states the struggle well:

Money touches our relationships with family members as well as the world beyond our home; it also reaches into our inner life. It is interesting that the phrase “personal worth” can mean both the extent of our financial assets and our value as a human being. . . . The reason [talking about money is] taboo is that money has something to do with that intimate place in our heart where we need security, and we do not want to reveal our need or give away our security.

If we live under the culture’s tendency to link value to finances then we will constantly be driven toward higher-paying jobs to feed our need for self-worth. However, when we are rooted in the fact that our value originates in God, we are free to live our life based on calling and not on compensation (see 1 Timothy 6:17).

3. Generosity is to be a mark of Christ–followers.

Giving back to God from what he’s entrusted to us has always been a way of life for the people of God. In the Old Testament, when faith was lived out based on the Law, the tithe (giving the first and best 10 percent of one’s earnings) was the standard.

After Christ established the new covenant (no longer based on the Law but on grace), the tithe was not eliminated but rather was expanded to reflect a life of generosity. Paul puts it succinctly in 2 Corinthians 8:7: “But since you excel in everything—in faith, in speech, in knowledge, in complete earnestness and in the love we have kindled in you—see that you also excel in this grace of giving.”

Start at the beginning . . . and imagine what generosity can do.

So how do you develop a biblical approach to generosity? The tithe is a good starting place.

After grad school my husband and I began the practice of giving at least 10 percent of what we earned to God’s work. Later, when we had three small children and were living on a ministry salary, giving 10 percent was a challenge. But we believed that if we were faithful stewards, God would show himself to be faithful as well (Philippians 4:19). And he did.

He also continued to teach us what it means to be his stewards. As we studied Scriptures like 2 Corinthians 8:10-12 and looked at the global Church, we realized that we were actually “rich” (even though by North American standards we were barely middle-class). This prompted us to expand our giving beyond 10 percent to high levels of generosity in which we sometimes gave anonymously or in cases where there was no tax deduction.

Forty years later we are so grateful that we made that decision when we were young (and had only one “talent” to steward). Studies show that the average church attendee gives only 2 percent of his or her income. And, indeed, we’ve watched some of our peers who have not practiced biblical generosity struggle to give anything close to 10 percent now, later in their life.

Researchers estimate that if all those who identify themselves as Christ-followers were to give 10 percent of their income, global poverty could be eradicated in a matter of years. Imagine the kingdom impact if a new generation of leaders took seriously God’s commands related to money. Choose now to be part of that. By starting early, you will not only learn the discipline of giving and cultivate a spirit of generosity (1 Timothy 6:18), but you will also learn to live within your means. And you will be continually reminded that you are a manager—not an owner—for One who is generous beyond imagination.

Donna Wilson is a long-term staff member with InterVarsity Christian Fellowship, working out of the National Service Center in Madison, Wisconsin.

By Christopher K. Lee
Wisdom for Graduates: Embrace the Uncertainty

By Micheal Hickerson
Wisdom for Graduates: How to Thrive in Grad School

Increasingly, a bachelor’s degree is only one stage in the college journey, not the final destination. Millions of students will continue their education in graduate school, some seeking a professional degree (e.g., law, education, medicine, business) and others beginning a Ph.D. program.

By Anthony Moore
Wisdom for Graduates: How to Find a Job

How do I get a job? That’s what you want to know, right? And not just any job, but a “real” job! (If you’re like me, you never want to work retail another day of your life.)