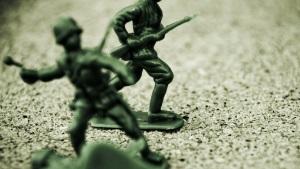 I Loved Your Writing, You Are

I Loved Your Writing, You Are So Enlightened. Thank You. GOD BLESS YOU

I am just learning the jist

I am just learning the jist of what Spiritual Warfare really is about...now that I truly know, I most certainly proceed with Caution, much Caution. Thanks You!

I'm in alignment with this

I'm in alignment with this word at this time in my life thank you so much for sharing!

Very good information that many of us need to understand and use in our lives! Thank you!

Appreciate this awesome teaching, but could you plz give me an example for an effective warfare prayer in words! I’ve heard so many different kind of warfare prayers that I don’t know which ones are OK with God. I find it hard and I must admit I feel some resistance in my spirit to call down fire and brimstone on the demons.... etc. Further on Could you also explain the difference between bind and lose? When do we do that? Thanks in advance!

Would love to learn more and

I see i'm in a "financial

I see i'm in a "financial spiritual" warfare. God meet me to be restored it's 4:19 AM in the morning and I'm up reading This passage gave me more in-depth how to pray to God to pull through and know the spirit of the enemy how he comes to steal kill and destroy me a a Christian God deliver me

Thank you for confirming what

Thank you for confirming what had been eating at me regarding "warfare." The insanity of spiritual warfare such as being able to bind Satan. Oh my. The church that I used to belong to believed all of that and more. I really needed to read this. Depending on God and his word gives me much relief.