Ripping Off the Roof: The Risks of Following Jesus | InterVarsity
Skip to main content

Ripping Off the Roof: The Risks of Following Jesus 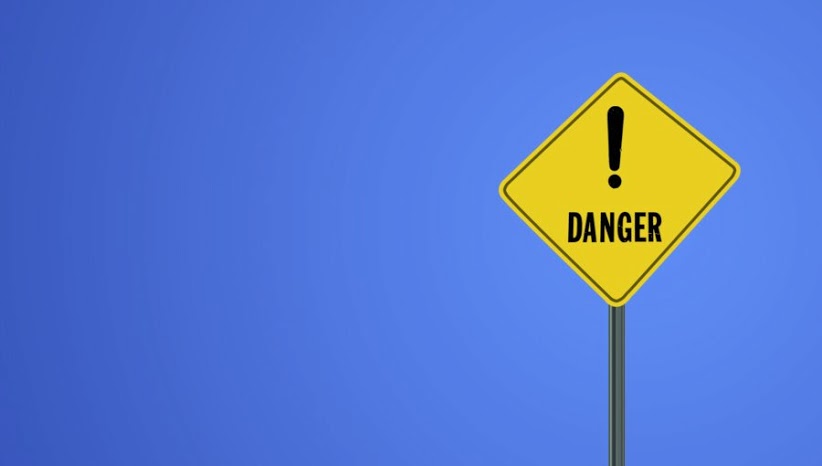 One of my favorite stories about Jesus happens in a packed house (maybe because I love packing out my house with friends!).

The story goes that Jesus has arrived back in Capernaum to teach and heal. On this particular evening, he’s speaking in someone’s house, which is crowded with those straining to hear the famous local and perhaps witness a miracle or two.

Meanwhile, five guys—four mobile and one paralyzed—are outside the house desperately trying to get in. The four have carried their paralyzed friend some distance only to be turned away at the door. There is no room for them.

The Bible doesn’t say this, but I imagine the paralytic in that moment, trying to keep a stiff upper lip, saying something like, “Hey guys, thanks for trying, but it doesn’t look like it’s going to happen today.” The friends murmur, perhaps wiping their brows, perhaps exhausted.

Then one of them (the wacky one, maybe) says, “Wait.” Points up. “What about the roof? What if we got him in through the roof?” The rest buy in to this crazy plan and get a second wind. They start ripping, clawing, digging through the roof with their hands, sticks, anything they can find. Imagine them busting through the surface that’s strong enough to hold their weight, after years of settling and protecting the family below from the elements. Yet it was no match for the four friends, determined to get through. Talk about “out of the box” thinking!

And imagine their friend, lying on the ground, amazed by their brute strength. Does he cheer them on? Or shake his head in amazement? Is he humbled by their determination and their willingness to take a huge risk on his behalf? Or scared out of his wits when they haul him up and lower him down? He was already paralyzed, but still—what if he fell? What if they all fell?

Now imagine the people in the house. Debris and clods of dirt start to fall on their heads and, as they peer up, into their eyes. Is it an earthquake? Jesus smiles perhaps, knowingly. The owner of the house is confused, concerned.

Then the bright rays of the sun hit the floor. There’s a shadow as a man is lowered down. Gasps. Silence.

The faith of the friends is quite visible, is it not? Through one of the most creative schemes ever, their faith in Jesus is made clear to everyone. They ripped a roof off, for Pete’s sake! That’s faith if I’ve ever seen it!

And Mark writes that Jesus looks at the men and sees their faith. The giant gap in the roof is a further reminder of their belief. Then he speaks to the paralytic. His first words are . . . “Son, your sins are forgiven.”

At this point, if I’m one of the four men, I’m thinking, Uh, Jesus? Did you notice he was paralyzed? We were kinda hoping you’d do something about that.”

The Pharisees have some thoughts of their own, and they are not pleasant. Mark tells us that Jesus knows they think he is blaspheming. Jesus responds by saying, “So that you might know that the Son of Man has authority on earth to forgive sins . . .” He heals.

By this one act, Jesus proves he is on equal footing with the Judge of all: God. He can forgive and heal.

And, thanks to friends, faith, and the power of Jesus, the former paralytic rolls up his mat and walks away in freedom and forgiveness.

I had four similarly sacrificial friends when I was a sophomore at Hamline University in St. Paul, Minnesota: my two staff workers, Jim Beilby and Rick Mattson, plus two friends, Gretchen and Steph. These four took a risk on this sarcastic, flirtatious, potty-mouthed pastor’s kid.

They ripped off the roof when they challenged my relationship with the fraternity guy who wasn’t a Christian.

They pushed me to stretch myself in worship, even if it meant doing the hand motions to “Lord, I lift Your Name on High.” (Yikes.)

Even though I might have been a bad influence on them, Gretchen and Steph befriended—and then influenced—me. They brought me to church. Helped my attitude, devotional life, and even that potty mouth.

Gretchen went so far as to live with me for two years. My senior year (her junior year), we decided to live in the mostly freshmen dorm and strategically picked our room to be as accessible as possible to the largest number of people possible. We ripped a few roofs off ourselves that year.

There is a myth in America that we should be safe. Helmets. Anti-bacterial hand sanitizer at every turn. Seat-belt laws. Car seats until we are eight in the state of Minnesota. This concern for safety seeps into our churches too. We concern ourselves with wise financial decisions. We try to protect our children. We work hard to maintain our comfort and safety personally in our homes and lifestyles.

Look at these men in Mark 2. Did they choose the safe route? Was ripping the roof off a “wise decision”? Lowering a paralytic on a mat through a hole in the roof was probably not on the “Top 5 Strategies to Help Your Friends Get to Jesus” list.

Similarly, I’m grateful my friends did not choose the safe road. They risked a friendship with me, and my life has been forever changed by their choices.

So is following Jesus safe?

If Jesus is leading, it may not be safe. But we can be secure, knowing he is there, alongside, in front, behind.

What “too safe” plans have you, your friends, your chapter, or your church laid? Where is Jesus saying, “Come on, try me”?

He is the Son of God who has authority on earth to forgive sins and bring full freedom! He is so worth the risks. And there are desperate, paralyzed, sinful people around us who need him.

As the crowds in Capernaum dispersed that day, I wonder if the owners of the house were left by themselves to stare up at that gaping hole in their roof. Hopefully they remembered that they knew a Carpenter who just might be able to help.

Sandi is an evangelist for Jesus, cloth diapers, and fair-trade chocolate. She has been on staff with InterVarsity for 15 years in various campus ministry, training, and teaching roles. She and her husband, Brian (an InterVarsity area director in northern Minnesota and northwestern Wisconsin), love to enjoy Duluth, Minnesota, with their two kids, Calista and Elam.

Giving Up My Girlfriend

Taking a Risk to Love

This has been an absolutely

This has been an absolutely beautiful depiction of this Bible account to include a well relatable lesson for believers to follow in our quest to further the gospel. May God continue to give you strength and knowledge to share the "Good News". We will be covering this event at our study this morning and no doubt, referring to the wonderful correlation you have shared. Be blessed!