Why We Can Hope for True Racial Reconciliation 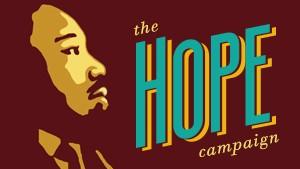 Reconciliation and new creation sit at the heart of the gospel.

Therefore, if anyone is in Christ, he is a new creation. The old has passed away; behold, the new has come. All this is from God, who through Christ reconciled us to himself and gave us the ministry of reconciliation; that is, in Christ God was reconciling the world to himself, not counting their trespasses against them, and entrusting to us the message of reconciliation.

Through the cross, God, in Christ, has accomplished reconciliation between God and humanity. Not only this, but God reconciling all things to himself in Christ means that he has set the course for reconciliation to be accomplished in all human relationships, as well as between humanity and the created order.

The cross is the means by which this is accomplished, and the resurrection is the signal that God’s new creation is now underway—a creation in which reconciled relationships are the air that we breathe. The old order characterized by hostility, hatred, and fear is passing away, and the new order of God’s reign, characterized by justice and peace, is being ushered in.

A Word of Hope to a World Filled with Racism

Included within the world that God has reconciled to himself in Christ is that of race relations. As an African American male, I am no stranger to the reality of racial tensions in our world, and particularly on our college campuses. During my time as a student at the University of Chicago, I experienced racism on a number of different levels, from being told that I was only at the school because of affirmative action and did not belong, to having my fellow students cross to the other side of the street at night when I was approaching. These are only light examples of what can happen when racism governs how people relate to one another.

As I reflect on these realities in light of 2 Corinthians 5, I rejoice because the gospel speaks a word of hope to a world filled with racism.

This gospel hope points to a better future in which justice is not glossed over in order to get to reconciliation but rather demands that wrongs be made right before harmonious relationships can exist.

This gospel hope calls us to be ministers of reconciliation, partnering with God in this glorious work as we proclaim that new creation has begun in Christ, and that reconciliation on all levels is evidence of this.

A Sign of Jesus’ Lordship in a World of Division

What a wonderful privilege and weighty responsibility we have as followers of Messiah to take up our vocation as ministers of reconciliation.

Paul declares in Galatians 3:28 that “there is neither Jew nor Greek, there is neither slave nor free, there is no male and female, for you are all one in Christ Jesus.” The reality of one new family consisting of people from every ethnicity reconciled in Christ is what, to borrow from N. T. Wright, proclaims to the world that Jesus is Lord and “Caesar” is not; racism, unjust power dynamics, consumerism, and poverty traps are just some of our many “Caesars” in the world today. Our pursuit of racial reconciliation is one area in which the church demonstrates to the world that Jesus is currently reigning with all power and all authority in his hands.

This past August we celebrated the 50th anniversary of the March on Washington where Dr. Martin Luther King Jr. delivered his famous “I Have a Dream” speech. Students and faculty alike at Occidental College, where I serve as a campus minister with InterVarsity, wanted to commemorate this anniversary on campus, and did so by holding faculty panel discussions and candlelight vigils. Occidental is a private, liberal arts college of about 2,000 students that prides itself on its pursuit of diversity. Issues of social justice are often topics of discussion on campus, and students are not shy about engaging in conversations about race. Each year a broad swath of students take part in the MLK Day of Service, participating in community service projects around the city, as a way to honor the legacy of Dr. King. 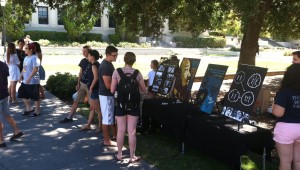 And yet while many students on campus laud Dr. King as a hero of racial reconciliation, they do not acknowledge the fact that he was a follower of Jesus and motivated by the gospel. The commemoration events gave InterVarsity students at Occidental College a great opportunity to engage with the campus on the intersection between race and spirituality. One of our desires was to bring faith back into the conversation surrounding Dr. King on campus. We were able to use the new Hope Proxe—an interactive art display that looks at racial tension and the reconciliation Jesus brings—to generate significant conversations about race relations in our country and on campus, and to ask students if they had ever considered Jesus to be an agent of racial reconciliation.

Hopeful conversations about race are seldom had on our campuses. Students were blown away by the idea that Jesus is passionate about things like racial reconciliation, and hundreds signed up to get more information about coming to InterVarsity small and large groups and to learn more about Jesus, the Great Reconciler. Moreover, the Hope Proxe gave our own students the opportunity to wrestle with how the gospel speaks to issues of racial reconciliation.

The prophet Isaiah, in one of his most beautiful songs, proclaims:

The good news is this: our God reigns! Thank God that through the stripes of the Suffering Servant, Jesus, we have been brought healing from the sickness of racism. This Suffering Servant has become the Conquering King who rules with justice and peace, and who brings reconciliation. This is the message that we have the privilege of both proclaiming and embodying when we live out our calling to be ministers of reconciliation.

Let us be the ambassadors of reconciliation that we have been called to be, publishing the gospel of peace that breaks down the dividing walls of hostility that have been built up between us because of racism.

For he himself is our peace, who has made us both one and has broken down in his flesh the dividing wall of hostility by abolishing the law of commandments expressed in ordinances, that he might create in himself one new man in place of the two, so making peace, and might reconcile us both to God in one body through the cross, thereby killing the hostility. (Ephesians 2:14-16)

Drew Jackson is a Campus Staff Member at Occidental College in Los Angeles, and is currently completing his Master of Arts in Theology at Fuller Theological Seminary.

For more on Martin Luther King Jr., the gospel, and racial reconcilation, check out these resources:

Reconciliation Blues: A Black Evangelical’s Inside View of White Christianity

The Heart of Racial Justice: How Soul Change Leads to Social Change

Racism is indeed a heinous

Racism is indeed a heinous act and still it exists. I personally hate this kinds of things. We need to feel equal, we are equal. <ul class="field"><li class="field-label-inline"> <a href="http://www.playonlinepokies.com.au">online pokies real money</a> </li> </ul>

Hopeful conversations about race are seldom had on our campuses. Students were blown away by the idea <ul class="field"><li class="field-label-inline"> <a href="http://onlinepokie.co">Online Pokie Australia</a> </li> </ul>

New man and woman by victory

New man and woman by victory in Jesus blood are to get today around the world in Jesus name and outpouring of the HOly Spirit are to show up in that last time when promises of God will be upfild in joy for us in grace, thanks and bless and pray,keijo sweden