InterVarsity Christian Fellowship is seeking a qualified candidate for the position of Campus Staff Minister to serve the 2,946 graduate students and 1,289 faculty at Princeton University. 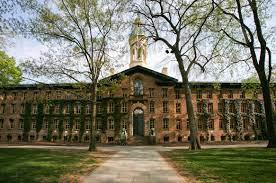 Chartered in 1746, Princeton is the 4th-oldest college in the United States and one of nine colonial colleges chartered before the American Revolution.  Although initially founded with the goal to train ministers, the founders instead aimed to create a college of liberal arts and sciences.  The school was open to those of any religious denomination, yet with many of the founders being of Presbyterian faith the college became the educational and religious capital of Scotch-Irish Presbyterian America. Under the leadership of President John Witherspoon (a signer of the Declaration of Independence), the college saw significant involvement in the American Revolution and was the site of the Battle of Princeton.  (It was even the country’s capital for four months in 1783.)  Princeton granted its first doctorate degrees in 1879 and became a university in 1896.

Princeton’s scope and influence are vast.  It has a $37.7 billion endowment (the largest endowment per student in the United States) and has one of the largest university libraries in the world.  The university also manages the Department of Energy's Princeton Plasma Physics Laboratory and is home to the NOAA's Geophysical Fluid Dynamics Laboratory. 13 of 14 Princeton graduate programs were ranked in their respective top ten by U.S. News & World Report.  Alumni include 2 US presidents and 12 Supreme Court justices (including 3 who currently serve on the court).

Princeton’s website states, “Our alumni engage in service across the world, participating in civic society and leading meaningful lives connected to a larger purpose and impact.” We long to develop alumni whose larger purpose is the Kingdom of God.

We are seeking staff who will model and encourage the integration of faith and work, reach cynics and seekers, and influence future players on the world stage.  Candidates should be godly, goal-oriented, emotionally healthy self-starters who demonstrate a passion for building witnessing communities.  Candidates should have strong interpersonal and cross-cultural skills, prior Christian leadership, strategic thinking, and the ability to navigate a dynamic relationship with the university. Theological education and/or advanced degrees are considered an asset.

*Statistics taken from princeton.edu and Wikipedia.com

Only applicants who meet the following qualifications will be considered for next steps:

For Further Consideration
1. Complete the GFM Initial Interest Form
2. Send an email with your resume or CV to Nan Schilling
For Further Exploration
Learn more about GFM Campus Staff positions

‹ Back to Job Listings

InterVarsity Christian Fellowship/USA is both an equal opportunity employer and a faith-based religious organization. We conduct hiring without regard to race, color, ancestry, national origin, citizenship, age, sex, marital status, parental status, membership in any labor organization, political ideology, or disability of an otherwise qualified individual. The status of InterVarsity Christian Fellowship/USA as an equal opportunity employer does not prevent the organization from hiring staff based on their religious beliefs so that all staff share the same religious commitment.

Pursuant to the Civil Rights Act of 1964, Section 702 (42 U.S.C. 2000e 1(a)) InterVarsity Christian Fellowship/USA has the right to, and does, hire only candidates who agree with InterVarsity’s Statement of Agreement: Purpose and Doctrinal Basis.