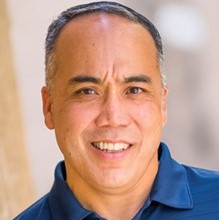 Rev. Dr. John Teter is a former InterVarsity staff and an IVP author of The Power of the 72 (2017), Get the Word Out (2003), and Jesus & the Hip-Hop Prophets (2003, coauthored with Alex Gee). John is a biracial Korean-Dutch American, and he currently serves as Senior Pastor of Fountain of Life Covenant Church, a 13-year-old urban church plant in Long Beach, California. John and his wife, Becky, live in Long Beach with their three children. 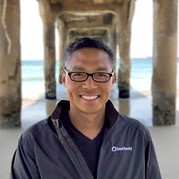 Rev. Dr. James Choung serves as Vice President of Strategy & Innovation at InterVarsity Christian Fellowship USA. He is also ordained with the Vineyard USA, and has written True Story: A Christianity Worth Believing In, Real Life: A Christianity Worth Living Out, and co-authored Longing For Revival. James wrote his D. Min. dissertation on postmodern leadership development at Fuller Theological Seminary, received his M. Div. from Gordon-Conwell Theological Seminary, and studied management science and marketing at MIT. He has previously served on the pastoral staff of a Boston-area urban church plant, of a megachurch in Seoul, and led an LA-adjacent house church. For fun, he likes to travel with his wife, laugh with his two sons, spoil his daughter, bask in Los Angeles’ endless summer, and swing a racket in hopes of playing something like tennis. 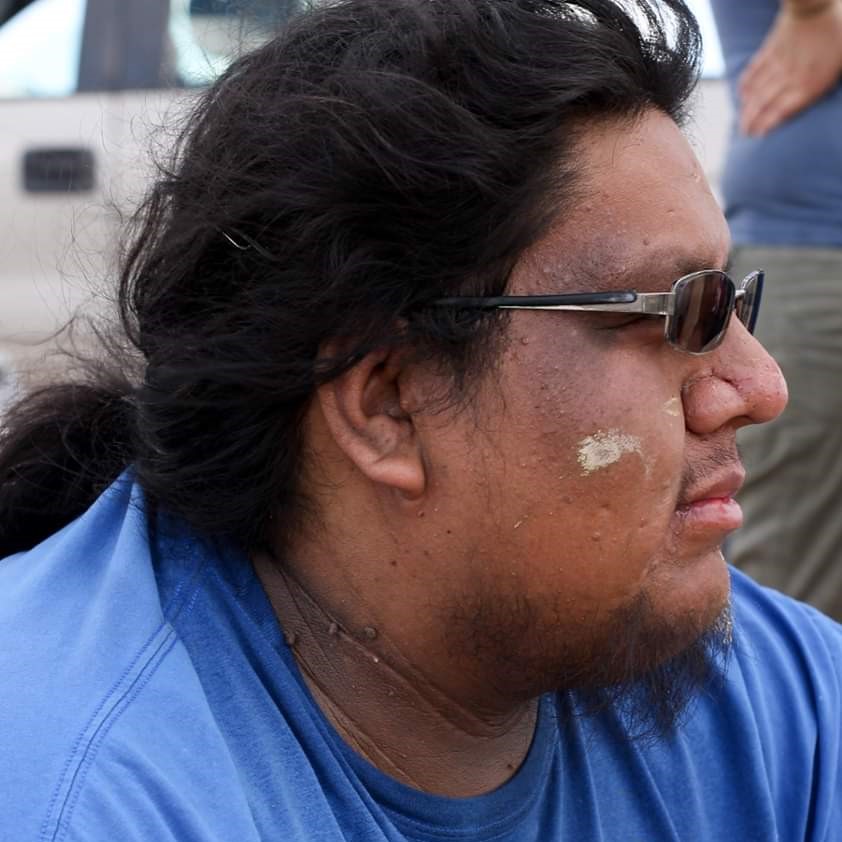 Courtland Hopkins is a Sicangu Lakota with a Dine Staff originally from South Dakota. He is the staff worker for Native IV at Fort Lewis College. He was graced with a unique and comprehensive perspective on indigenous religion. He came to faith through InterVarsity in college and was called to serve on staff. He is passionate about apostolic discipleship and most interested in the history of the church and the contextualization of missions. 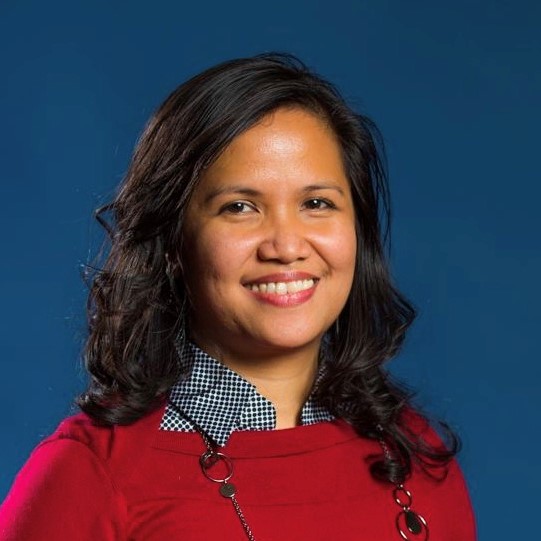 Sophia Gaboury serves as Associate Regional Ministry Director for InterVarsity Christian Fellowship in New York and New Jersey.  Since beginning ministry in New York City in 1999, Sophia has continually innovated in order to reach new corners and campuses.  Sophia built one of the largest and most evangelistically fruitful commuter campus ministries in the country before becoming Area Director in New York City.  She helped lead the New York City Price of Life Invitational in 2013, multiplied ministry from 13 to 24 campuses in NYC and seeded a planting initiative to plant 20 campuses in 5 years.  Sophia loves developing leaders, and after COVID-19 shut down campuses, she created an 11-week leadership and discipleship masterclass equipping hundreds of students for campus mission.  Sophia lives in New York City with her husband, Jason, and their two teenage daughters. 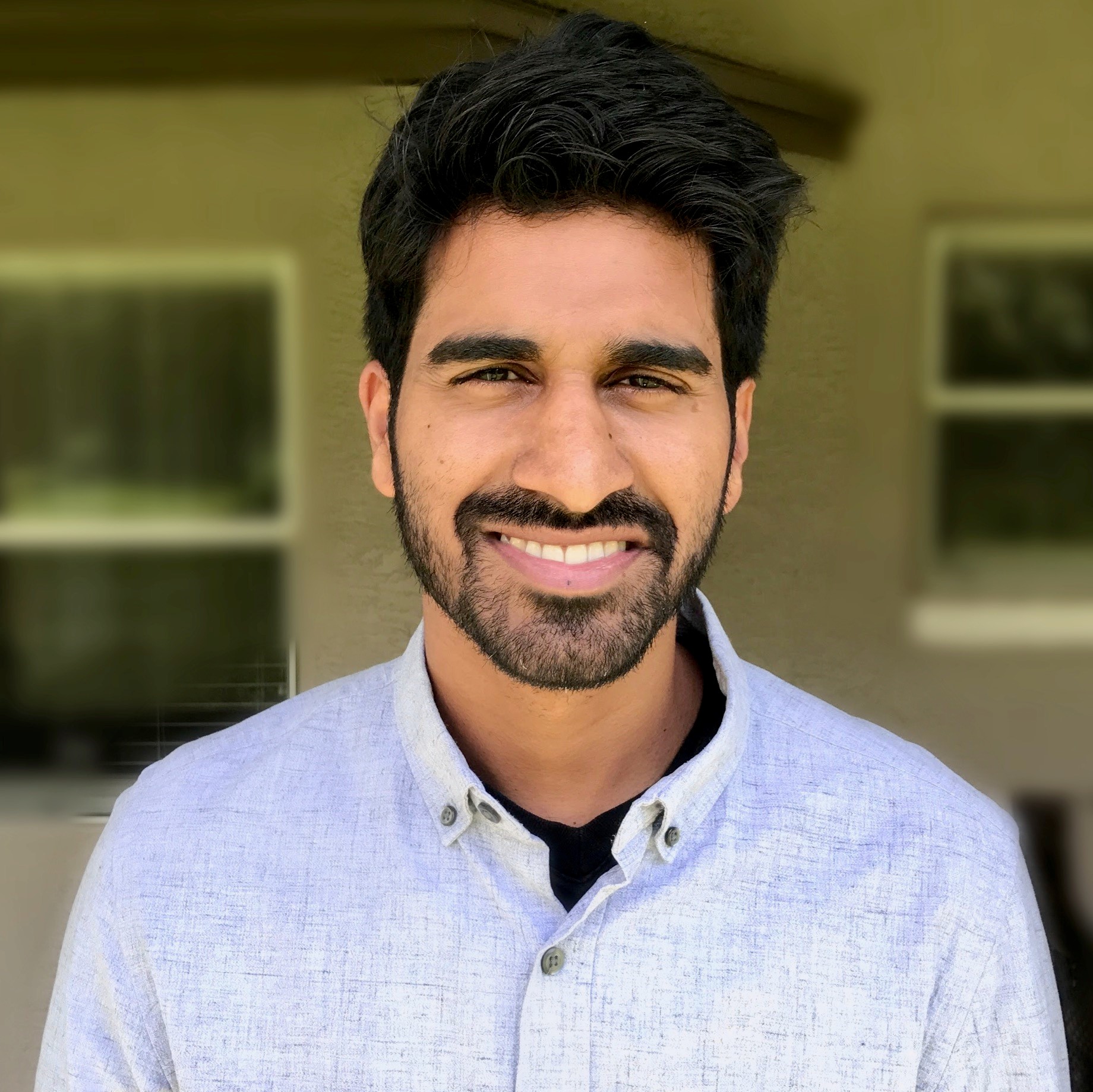 Arul Karunanidhi is a third-culture kid, having grown up in Australia, India and the U.S. He graduated from the University of Central Florida with a degree in molecular biology and instead of pursuing medical studies decided to join staff with InterVarsity/USA. Shortly after, Arul pioneered a South Asian InterVarsity fellowship at UCF, the first of its kind in Florida. Arul currently serves as the Director for South Asian InterVarsity and the Associate Director of Planting and Evangelism for Asian American Ministries. He longs to see South Asian students transformed by the power of the Gospel, thoughtfully embodying faith in their community, and disrupting the world for good. Arul lives with his wife Betsy in Orlando and they enjoy cooking in their instant pot, 90's R&B and chasing their lively 3-year-old son around the house. 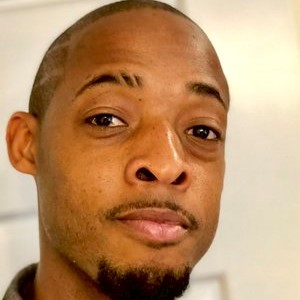 Brad Everett graduated from the University of South Florida in 2007 with a degree in Computer Science, and went on to join InterVarsity staff. After several years leading campus ministries in Florida, Brad currently serves as InterVarsity’s National Associate Director of Black Campus Ministries (BCM), where he is committed to black students and faculty at majority institutions and historically black colleges/universities nationwide, ministering to the unique needs of the community and laboring to develop extraordinary Black Christian leaders and world changers. He also currently serves as the Board Chair Underground Network, a Christian nonprofit and church plant comprised of hundreds of micro churches and mission initiatives. Brad and his wife Stephania Everett live on the southside of St. Petersburg, FL and are the grateful parents of their sons, Timothy and Langston. 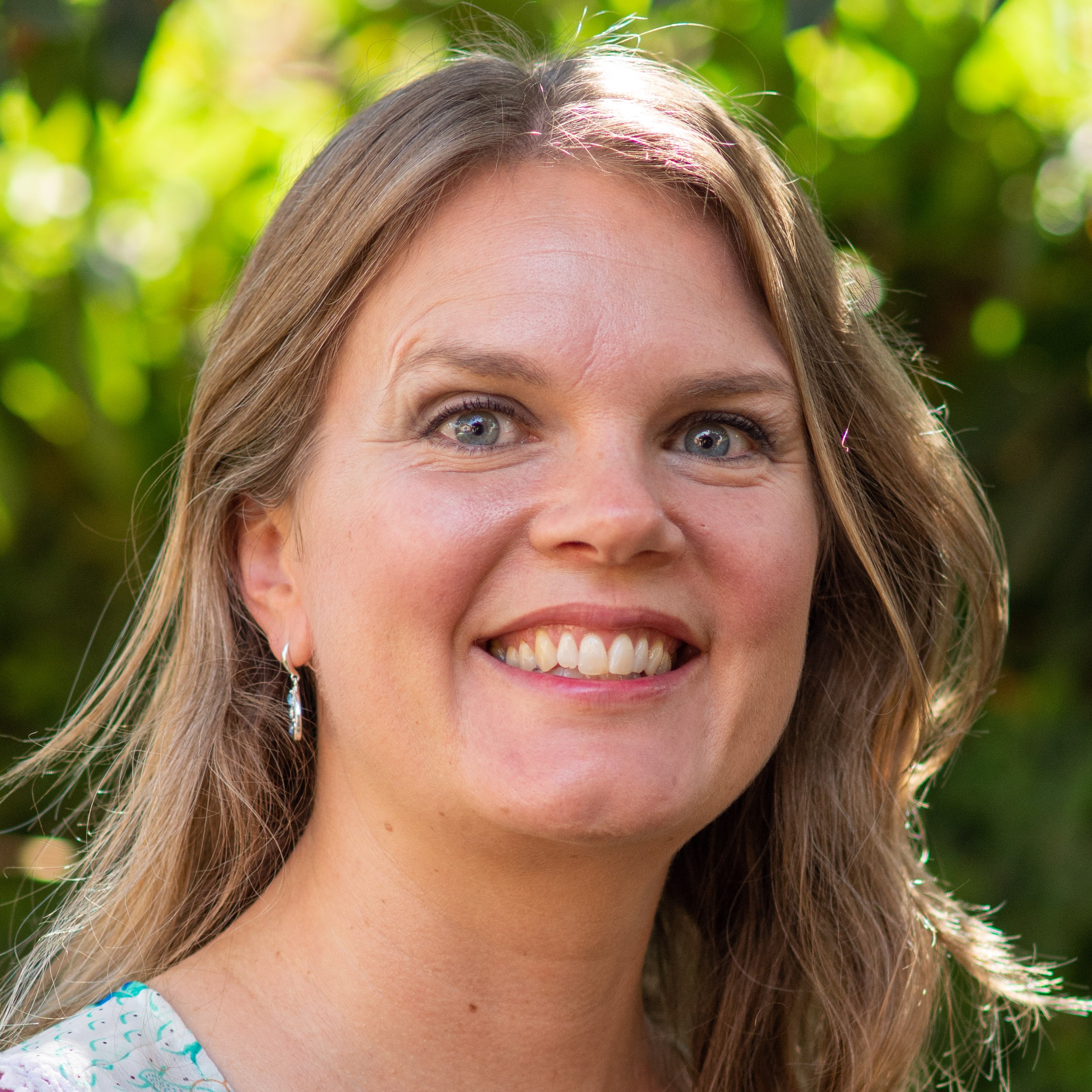 Molly Ramos is the Community College Coordinator for the Greater Los Angeles Region of InterVarsity. She is passionate about seeing students on all campuses have access to the gospel and to the transformation that Jesus brings. Molly also leads in prayer across her region, helping staff grow in their spiritual hunger and dependence on Jesus for the work that he alone can bring. She lives in LA with her husband Abner and two young children.They have two sweet kids, Santiago (8) and Mina (5), and an old beagle named Chief. She loves to have fun, be in nature, and watch Seattle Seahawks football! 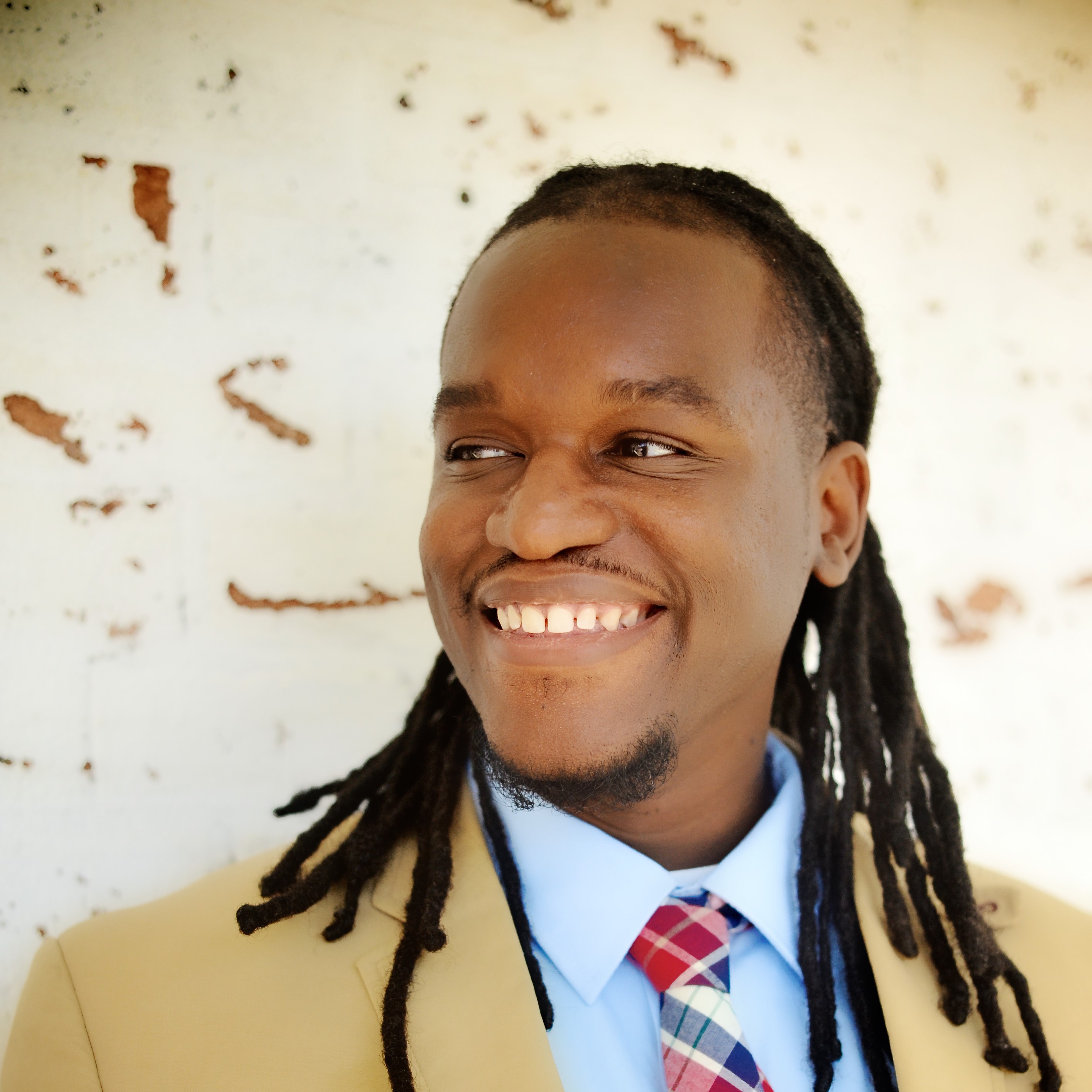 Jason "Smiley" Abrams is an inspirational speaker and poet. He has been in full-time ministry since 2008 and is the author of Curing The Midas Touch. He currently resides in Mississippi, serving as an Area Ministry Director for InterVarsity Christian Fellowship, supervising college ministry in the entire state of Mississippi, Memphis, and West Florida. Smiley is also the co-founder of The Andy Abrams Foundation, a nonprofit in honor of his late father. His first spoken word album, entitled 3:13 AM, is available now on all music streaming platforms. 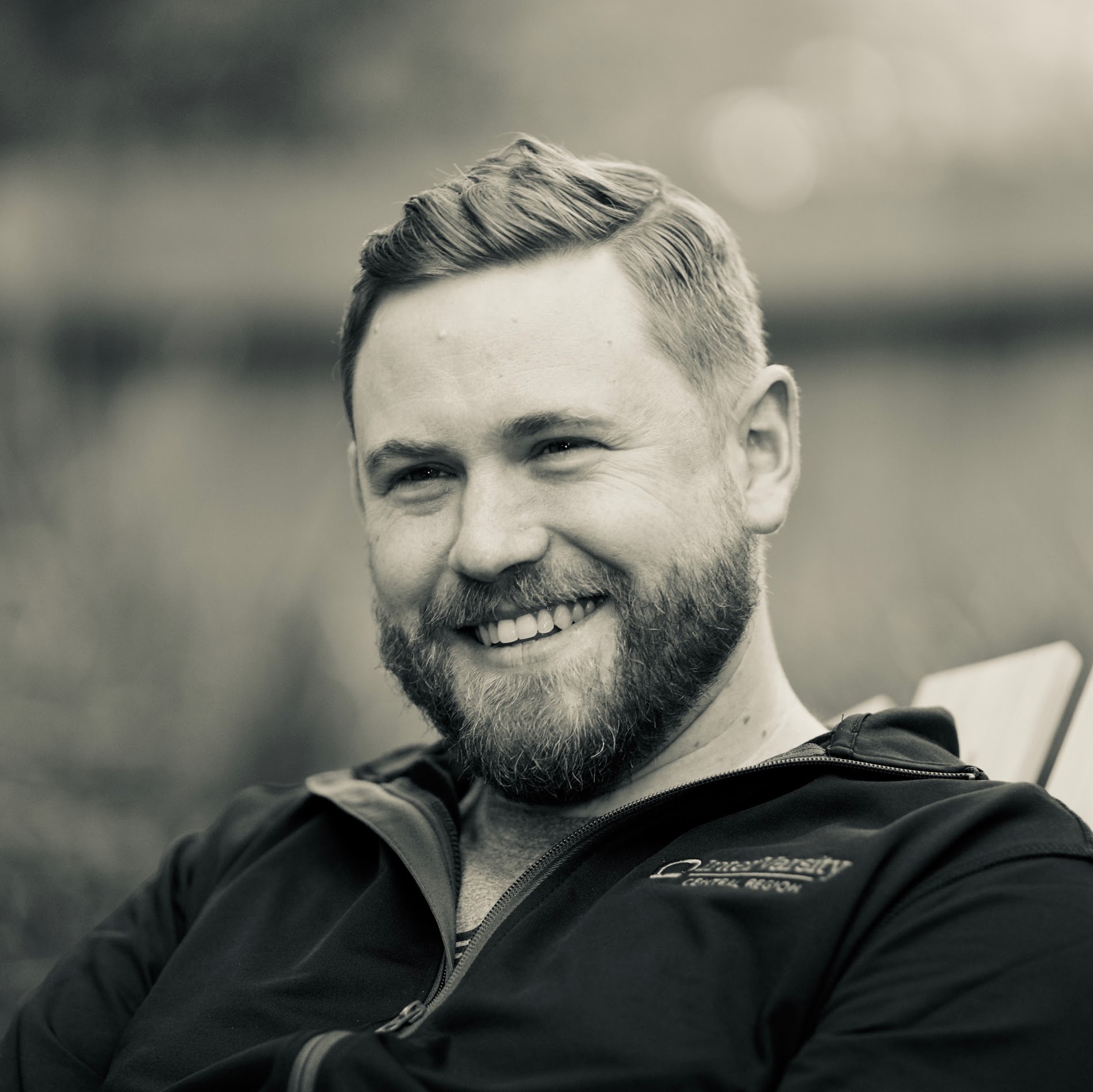 Eric Rafferty serves as the Associate Program Director for Chapter Planting with InterVarsity. After graduating from the University of Redlands in Southern California with a degree in Environmental Science, Eric came on staff with InterVarsity at his alma mater. In 2009 Eric and his wife Stacy felt called by God to move to Nebraska (one of just three states at the time with no InterVarsity ministry) and plant new campus ministries there. Eric is currently helping direct the Underserved Geographies program which is tackling how to plant thriving ministries in cities and states that have been historically difficult to plant. He lives with his wife Stacy and their three kids, Memo (10) Elena (8) and Jonny (5). You can catch him nixtamalizing heirloom corn to make tortillas from scratch or watering his 80+ house plants. 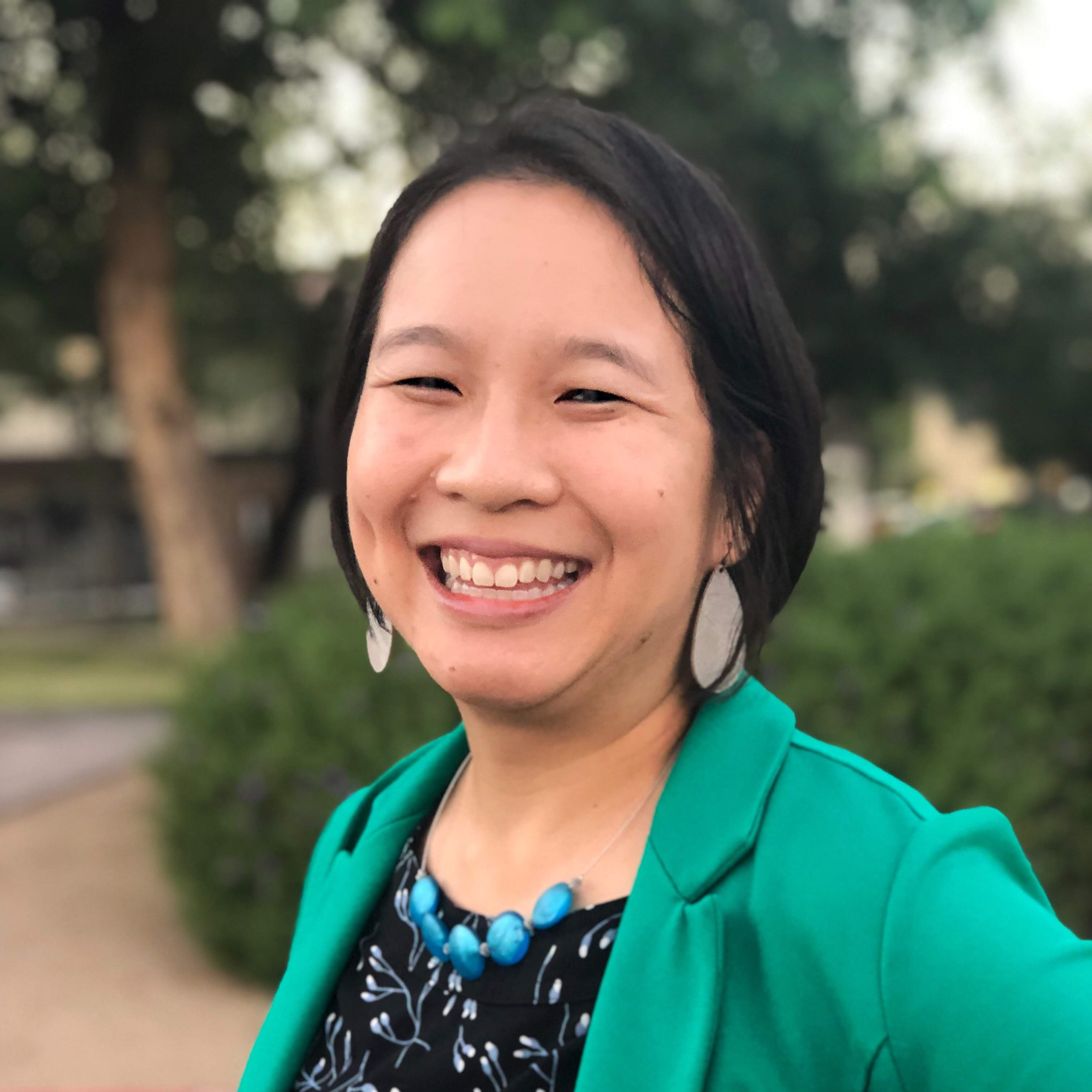 Rev. Sabrina Chan serves as the National Director of InterVarsity’s Asian American Ministries and is passionate about Asian American students and faculty living out Jesus’ call in their communities. She graduated from Rice University and worked as a computer network engineer while volunteering with IV. Since joining full-time staff in 2001, Sabrina has loved partnering with the Holy Spirit in leading diverse teams of staff and students to reach many new campus communities and contexts in Texas and California. In the Pacific Region, community college ministry grew under her leadership from 3 campuses to 18. Sabrina earned her MA in Theology at Fuller Theological Seminary and was ordained in 2009 by a church she helped plant in Austin. She now lives in Durham, NC with her husband Kevin, and two young kids. 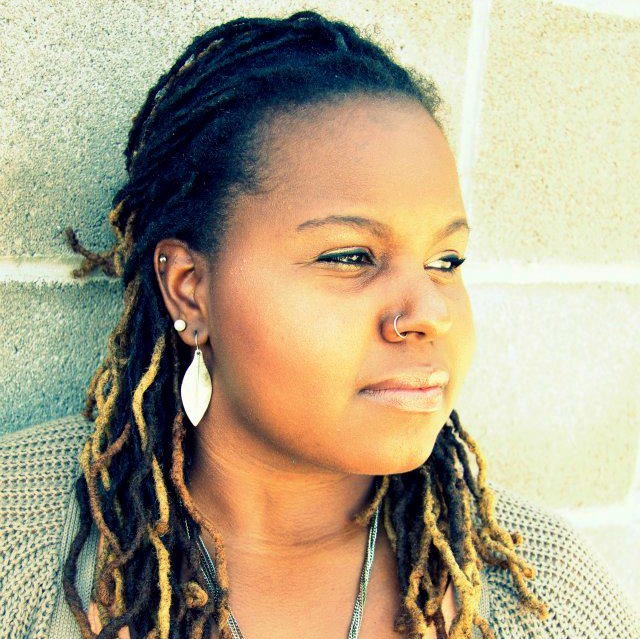 Tamice Namae Spencer is mommy to Harlym, a Hip-Hop head, a true crime/documentary enthusiast, and a coffee snob. She has been in full-time, young adult ministry for over 15 years. In 2018 Tamice Established the faith-based nonprofit Sub:Culture Incorporated which seeks to remove social, economic and spiritual barriers for black college students. She holds a Masters of Arts in Contextual Evangelism and Leadership from Wheaton College as well as a Masters of Arts in Theology from Fuller seminary..