Discipleship for all of life. 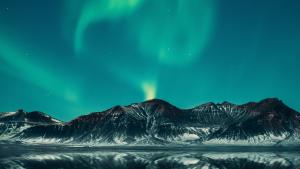 Feeling What Fills: The Ambience of Psalm 148

A question like that from a child signals the emergence of something interesting and promising. A new sensitivity to the invisible has formed: seeing the wind’s effect on waving branches and drifting clouds, hearing the jangling chimes, and feeling the breeze across our faces. A curious new person, noticing all of this, is more than justified in asking, “Well, what is it then? Why can’t I see it?”

The answer—that the air isn’t empty but full, packed with microscopic particles that move in response to many variables—is not just an answer but an initiation. It ushers a child into a world where invisibility doesn’t mean vacancy. The air that surrounds them is thick with “stuff” that shifts and moves, leaps and blows. The world, they learn, is ambient.

By sharing real-life stories of racial trauma, including her own, and how people overcame it, Rowe gives guidance to readers on how they, too, can find healing.

By Nathan Peterson
The Ministry of Physical Presence

God had a clear plan for making us physical beings—there’s something more to gathering together than just breathing the same oxygen.

It feels like the world around us has been swept up in a narrative of life to death. But this is not the narrative of the gospel.

By Eva Liu Glick
Looking Back, Around, and Forward this School Year in a Pandemic

School just started and it’s not what you’ve ever imagined college to be like. Instead of moving into the dorms, you’re stuck at home. Instead of all the welcome events with free food at the beginning of the year, you’re attending one Zoom call after another. It’s easy to focus on all the things we’re missing out on this season.

If you’re like me, you may be struggling with FOMO, worry, and complaints.

While it's important to acknowledge what's hard and mourn what we've lost, it's equally if not more important to recognize the gift of the pandemic as the new school year begins. Perhaps there are unprecedented opportunities God has for us during this unique season.

By Kelly Aalseth
Why Do Evangelism in a Time of Crisis?

We need to remind ourselves that we do evangelism in a time of crisis not to fill some “good-Christian quota” but because it’s good for our souls.

By Sarah LaLond
4 Tips for Navigating Conversations about Current Events

With sheltering in place and so many world-altering events happening right now, intense, loaded conversations are becoming increasingly common. Yet doing anything else may sound better than talking about something so potentially divisive (any Enneagram 7s or 9s here?). But how will these issues ever be resolved if they aren’t first acknowledged?

Christine never could have guessed how God would reward her faithful years in ministry by blessing her daughter in the most unexpected way.