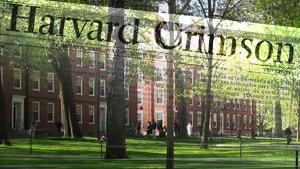 Harvard’s campus newspaper recently posted a column subtitled “Let’s give up on academic freedom in favor of justice.” Arguing that certain types of speech cause offense to others, the author posited that such voices must be stifled.

Certainly, the notion of “academic justice” has a measure of appeal. After all, who wants to defend the racist beliefs of former UC Berkeley professor Arthur Jensen (“I.Q varies by race”) or the homophobic rants of the late Rev. Fred Phelps at the University of Kansas (“God hates fags”)? Universities must reserve the right to intervene in extreme situations.

However, the academy must be chary not to use this power injudiciously. When applied too broadly, academic justice can be misused to silence legitimate voices and disenfranchise unpopular groups.

Evidence of such overreach has occurred on several campuses this spring. For example, a segment of Haverford College’s community pressured Robert Birgeneau, former chancellor of UC Berkeley, to withdraw as commencement speaker. His past sin? Using police to vacate Occupy Berkeley protesters from university buildings.

Likewise, Christine Lagarde, French politician and director of the International Monetary Fund, cancelled her address at Smith College. Her sin? An online petition signed by a group of faculty and students attacked the IMF for its “imperialistic and patriarchal systems that oppress and abuse women worldwide.”

What’s unfortunate is that the protesters silenced these voices rather than engage in respectful dialogue. More troubling yet is the question: who is vested with the authority to decide which opinions are verboten? In chilling words, the Harvard column declares:

“The power to enforce academic justice comes from students, faculty and workers organizing together to make universities look as we want them to.”

That a majority – or simply a vocal group of activists – should determine who is allowed to speak, act and associate on campus is more than alarming. This threatens not only to quash the spirit of open debate, but to undermine the concept of principled pluralism on campus.

Universities have always been messy places where conflicting narratives and ideologies vie with each other openly and freely. Necessarily, this involves a measure of discomfort for all involved. Part of entering the adult world is the ability to process offensive and irreconcilable ideas.

More than any other social institution, the academy should aspire to create “neutral zones” amidst various cultural battles. Allowing space for dissenting and unpopular viewpoints is part and parcel of its enduring legacy.

For faith-based student groups (whether Muslim, Jewish, Buddhist, Hindu, Sikh or Christian), finding safe haven on American campuses is a growing concern. As expressions of devout faith become less palatable at many institutions, will these groups be allowed to freely associate, self-select leaders and share their beliefs with others? Or will campuses become - in the words of former Yale Law School dean, Anthony Kronman - increasingly “intellectually and spiritually frozen?”

My fear is that notions of “academic justice” will trump religious expression. That sharing one’s faith with a non-adherent will be retitled as “proselytizing.” That insistence on orthodoxy and orthopraxy of student leaders will be re-labeled as “religious discrimination.” That freedom of association will be reinterpreted as “exclusionary.”

The manner in which universities resolve these controversies today foreshadow the way our culture will engage with difficult issues in the future. Tomorrow’s leaders are college students today. The conversations they experience now will provide the templates they will pursue for decades to come.

"Repressing free expression is a natural human weakness, and it is up to us to fight it at every turn. Intolerance of ideas – whether liberal or conservative – is antithetical to individual rights and free societies, and it is no less antithetical to great universities and first-rate scholarship.

"There is an idea floating around college campuses – including here at Harvard – that scholars should be funded only if their work conforms to a particular view of justice. There’s a word for that idea: censorship. And it is just a modern-day form of McCarthyism...

"...Great universities must not become predictably partisan. And a liberal arts education must not be an education in the art of liberalism.

"The role of universities is not to promote an ideology. It is to provide scholars and students with a neutral forum for researching and debating issues – without tipping the scales in one direction, or repressing unpopular views...

"If the faculty fails to do this, then it is the responsibility of the administration and governing body to step in and make it a priority. If they do not, if students graduate with ears and minds closed, the university has failed both the student and society."

Mayor Bloomberg's complete speech can be viewed and read on this Washington Post blog. Reports on the Harvard commencement can also be read in the Boston Globe and Harvard Crimson.