The Basics of Excellence 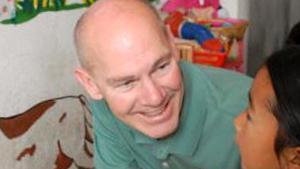 Kevin Jenkins knows what he’s doing. He has:

Kevin has advanced professionally, cared well for his family, and stayed energized in his faith. How does one grow spiritually and excel professionally?

Nothing can substitute for an acceptance of God’s grace and calling on one’s life. Kevin and Helen committed their lives to Jesus in 1981, while Kevin was practicing law. They were willing to do whatever God asked of them. Many young families would balk at packing up a stable and happy life in a beautiful place to move across a continent to go back to school for a second advanced degree. But in seeking how to best serve Jesus, they sensed a call to move to Boston for Kevin to get an MBA. So they followed God, despite warnings that Boston would be a tough place for spiritual growth.

Within a few days of arriving on campus, Kevin’s head was spinning. Harvard Business School uses the case method, meaning that he was handed dense cases on business situations and financial reports, facing a question at the end of each: What should this business do? “I have no idea,” thought Kevin. “How’s this going to go? Do I fit here?”

With these questions ringing in his head, Kevin heard of a new InterVarsity chapter and met Jeff Barneson, an InterVarsity staff member. Kevin remembers Jeff welcoming him and Helen into the fellowship and that Jeff would do anything to help a person out.

That was only the beginning.

Through Jeff, Kevin entered the Harvard Graduate School Christian Fellowship, a community of around 45 people at the time. There, Kevin and three friends began to meet to study the Bible and pray for one another. Today, Kevin says, “Those are my three closest friends in the world. For the last 27 years, we’ve had a monthly phone call together to share what’s going on, confess sin, and pray for each other. We’ve had great success and great failures. There is real trust there. We take family vacations together and have traveled overseas together.”

This regular rhythm of friendship and Christian care for one another allowed Kevin and the others to be more vulnerable and transparent, a key for longevity in leadership, he says.

Kevin has faced a multitude of competing demands, such as career changes, graduate school, family responsibilities, and ministry efforts. When asked how he has navigated life’s demands, Kevin offers a paradigm from Henri Nouwen:

“You start with solitude, move into community, and move out in ministry to others.”

For 10 years after connecting with InterVarsity at Harvard, Kevin struggled to maintain a regular, meaningful, daily time with God. Despite being a disciplined person, it wasn’t working. He had tried everything. And then he heard a speaker’s challenge to pray, “Lord, if you give me the gift of daily quiet time with you, I’ll give it back to you every day for the rest of my life.”

That was in May 1993. And in the past 19 years, Kevin has found both the grace and the benefits of daily time focused on God. In reading the Bible and considering and confessing his own sin and pride, Kevin knows how much he needs Jesus to work on him. Kevin has come to see how he offends people or undervalues them.

“Christians do a lot of talk about praying but little actual praying,” Kevin says. He is also clear that God has different calls for us. “That was my prayer, what God had for me. Each of us prays in our own way, so long as we remember we’re to pray without ceasing.” We are all to abide in our relationship with God, and setting aside time provides space for that.

“InterVarsity had a profound impact on my growth and discipline as a believer, and in my path to both serve in and later leave the business world,” Kevin says.

Kevin is currently leading World Vision International, with 43,000 staff in 97 countries and a total budget of $2.5 billion to fight against poverty and injustice. In this amazing role of leadership, Kevin has tremendous responsibilities and great pressures.

But in committing to follow Jesus no matter what, in staying connected to a small community, and in accepting the grace of time in prayer and the Bible, Kevin has found something rare—the basics of excellence.