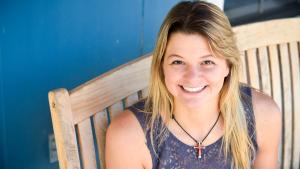 Gabby was a college basketball star who went to church “maybe once a year.” She believed in God—mostly because she was afraid of what would happen otherwise.

“I couldn’t understand when people would say Jesus died for me. In my head, he didn’t even know me,” Gabby said. “I used to question God all the time, and I didn’t understand the Bible and its meaning.”

On a road trip in 2015, Gabby’s best friend and fellow basketball player on another campus talked about Rec Week, an annual InterVarsity conference. Gabby’s friend shared how at Rec Week she grew in her love for Jesus and engaged in listening prayer.

Gabby was shocked, “God, like the real God, spoke to you? How?” Her curiosity was sparked, so she agreed to study the Bible with her friend over the summer.

The next semester, Gabby transferred with a basketball scholarship to Our Lady of the Lake University (OLLU) in San Antonio, Texas, her best friend’s school. Excited to join the same life-changing InterVarsity chapter as her friend, Gabby regularly attended a Bible study led by Patrick Farris, an InterVarsity staff minister.

Patrick convinced Gabby, along with her teammates, to go to Rec Week, the same conference her friend attended a year earlier. A call to faith was made. Gabby said yes and decided to follow Jesus.

“Jesus does know me! I know that now. I don’t have it all together, and I need him.”

The following year, after co-leading a Bible study for basketball players at OLLU, Gabby and her team attended Rec Week for the second time. There, they prayed for campuses with no InterVarsity presence, including Sul Ross State University—the same campus where Gabby already accepted a role as Graduate Assistant Coach of the women’s basketball team.

“That,” Gabby said, “presented a great opportunity to start a chapter!”

Today, Gabby leads Wednesday night Bible studies for the Sul Ross women’s basketball team when they’re not on the road. Just like Gabby’s team at OLLU, God is transforming the lives of the players at Sul Ross. They’ve become more open and are reaching friends outside of the team. Plus, this May, three years since her best friend told her about the conference, four of the women agreed to attend Rec Week with Gabby—the first time for Sul Ross students.

“InterVarsity changed my life,” Gabby said. “It not only strengthened my relationships with friends I already had, but also brought into my life people whose faith kept my faith growing even more. I thought I was good before, but when I gave my life to God and felt his love for me, I realized I was far from good. I actually lacked everything.” 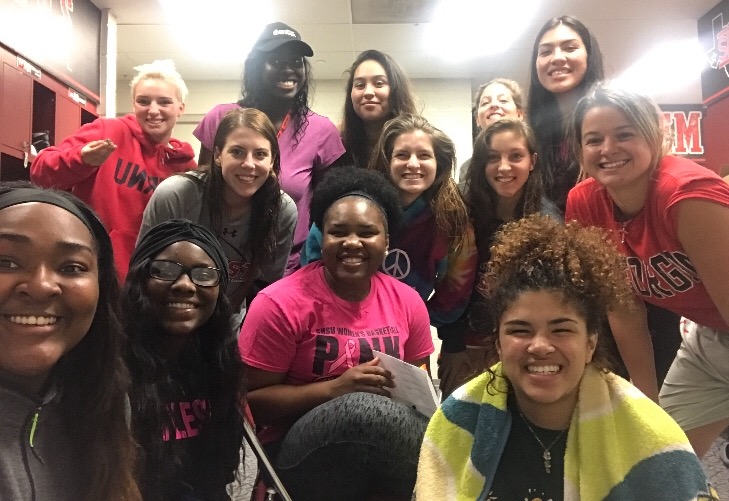 Will you consider giving to InterVarsity, so more students like Gabby and her team can come to know the God who knows them already? Just like Gabby, InterVarsity wants to see more future leaders developed on campuses across the nation. For more information and to give, click the button below.