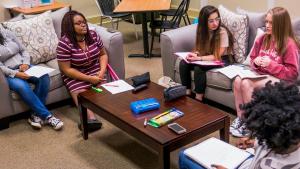 Meredith College is a small, all women’s college in Raleigh, North Carolina. It’s a unique campus that functions much like a sorority, full of traditions that foster community and empower the women who attend.

Much like the campus itself, Meredith’s InterVarsity chapter is also unique. It is the only Christian organization that actually meets on campus, while others only have chapters at North Carolina State University down the road. It is also the only organization on campus, religious or non-religious, that is majority non-White.

A Life Devoted to Bible Study

Robin Bolash serves as the InterVarsity Campus Staff Minister at Meredith College. Having worked with InterVarsity for over 20 years, Robin leads in ways that significantly shape the women in her chapter who are shaping the campus.

But when she was a college student herself, it was through InterVarsity that Robin truly learned who Jesus was and what he had planned for her life.

“I grew up in church, and I was curious about the Bible, but I had no idea how to study it. When I got to college, we learned how to do the InterVarsity Bible study method, and it was the best thing that happened to me. In that moment, I decided this is what I wanted to do for the rest of my life—I want to help people unlock the Bible,” Robin said. 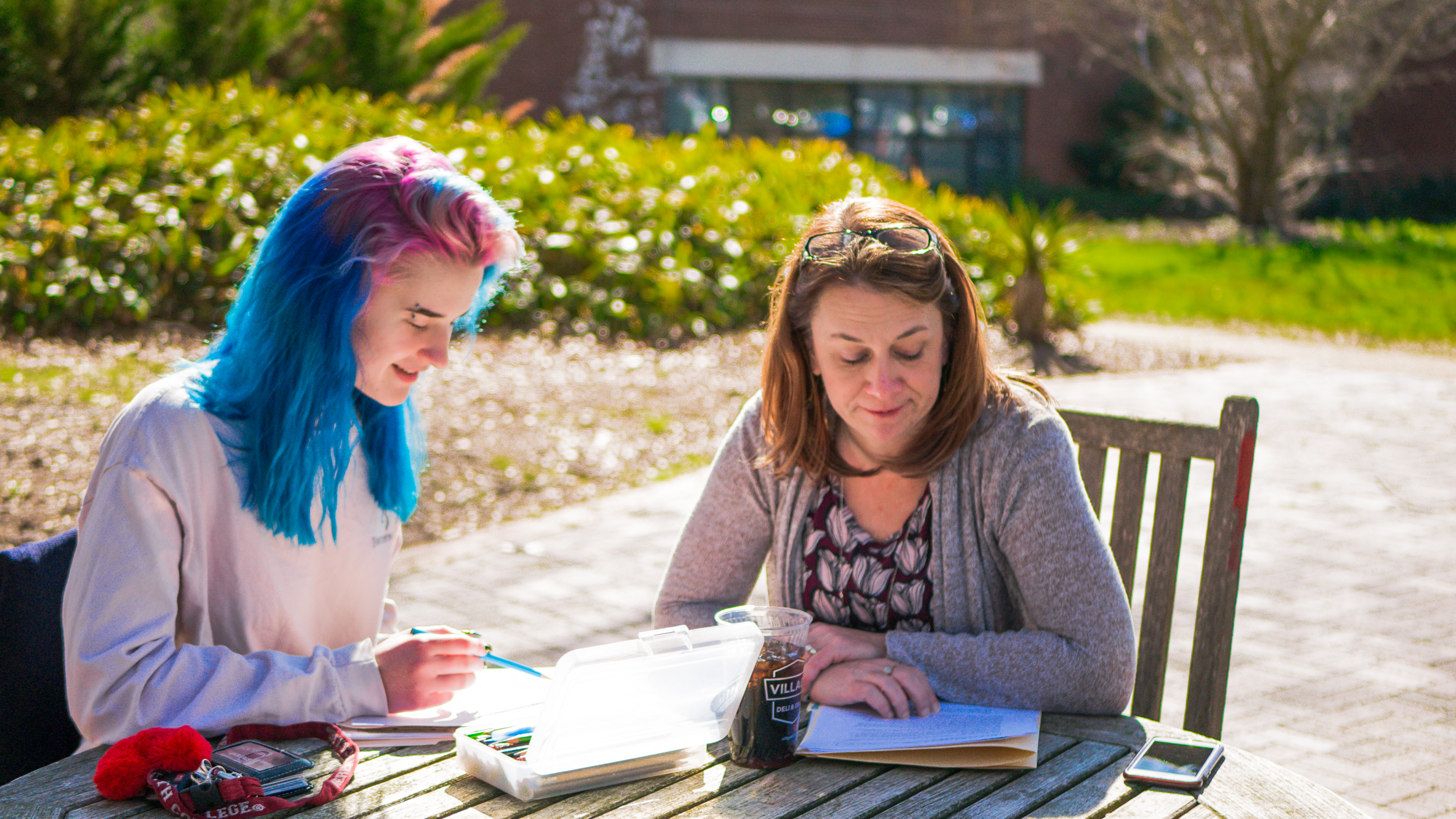 This is why Robin focuses all of her chapter’s activities on Bible study. She has seen firsthand how studying the Bible can change a student’s life and how many want to just, as she says, “have the keys.”

Robin also disciples many students in her chapter herself—students such as Tori and Indyah.

When Tori and Indyah were assigned to lead a Bible study together two years ago, they had never met. However, as they began to lead together, they became close friends.

They prepared for small group each week, studied Scripture together, and discussed the questions they had about the passage, helping them form a close bond. That bond then flowed into the rest of the group.

“The way we study the Bible with InterVarsity impacted our small group because it really allowed everyone to state their opinion. . . . Everyone’s on the same page, like no one knows more than someone else. We’re all starting off at the same level,” Tori said. 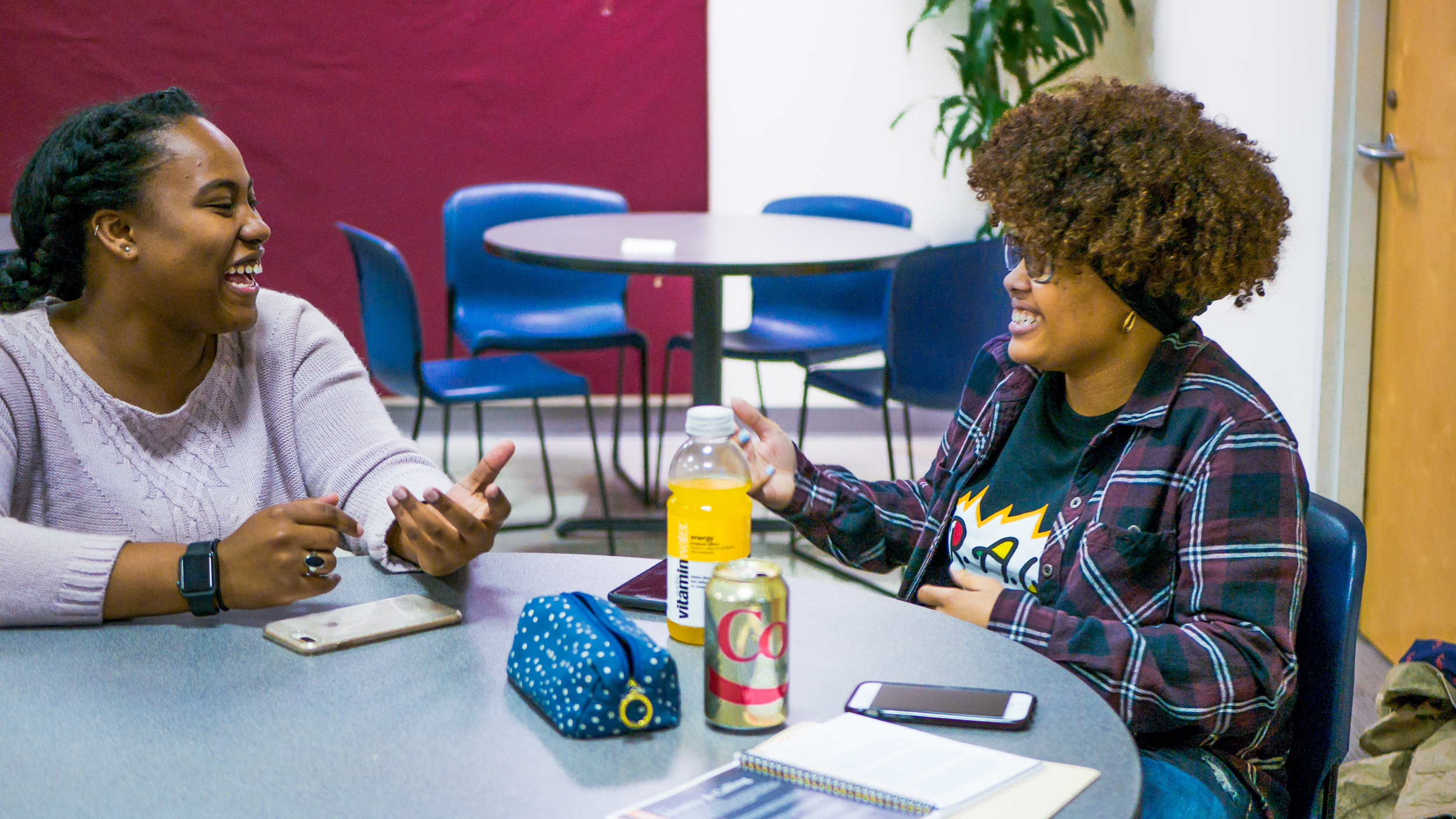 So, Tori decided to share that with a Sunday school class for high school students she taught at her church back home.

The pastor of the church Tori taught at regularly checked on all of the Sunday school classes. She noticed, though, that when he came into her classroom, he stayed for a while, watching what she was doing.

“I would think to myself, Am I doing something wrong?” Tori said.

The next thing she knew, at a churchwide Bible study one Tuesday night, Tori’s pastor distributed printed manuscript passages to the congregation. He then began to lead the church in Bible study the way Tori led her class—the way InterVarsity does Bible study.

“Now, my whole church is doing Bible studies how we do [in InterVarsity]. I have definitely seen a lot of growth in my Sunday school class, in my church, and in myself,” Tori said. 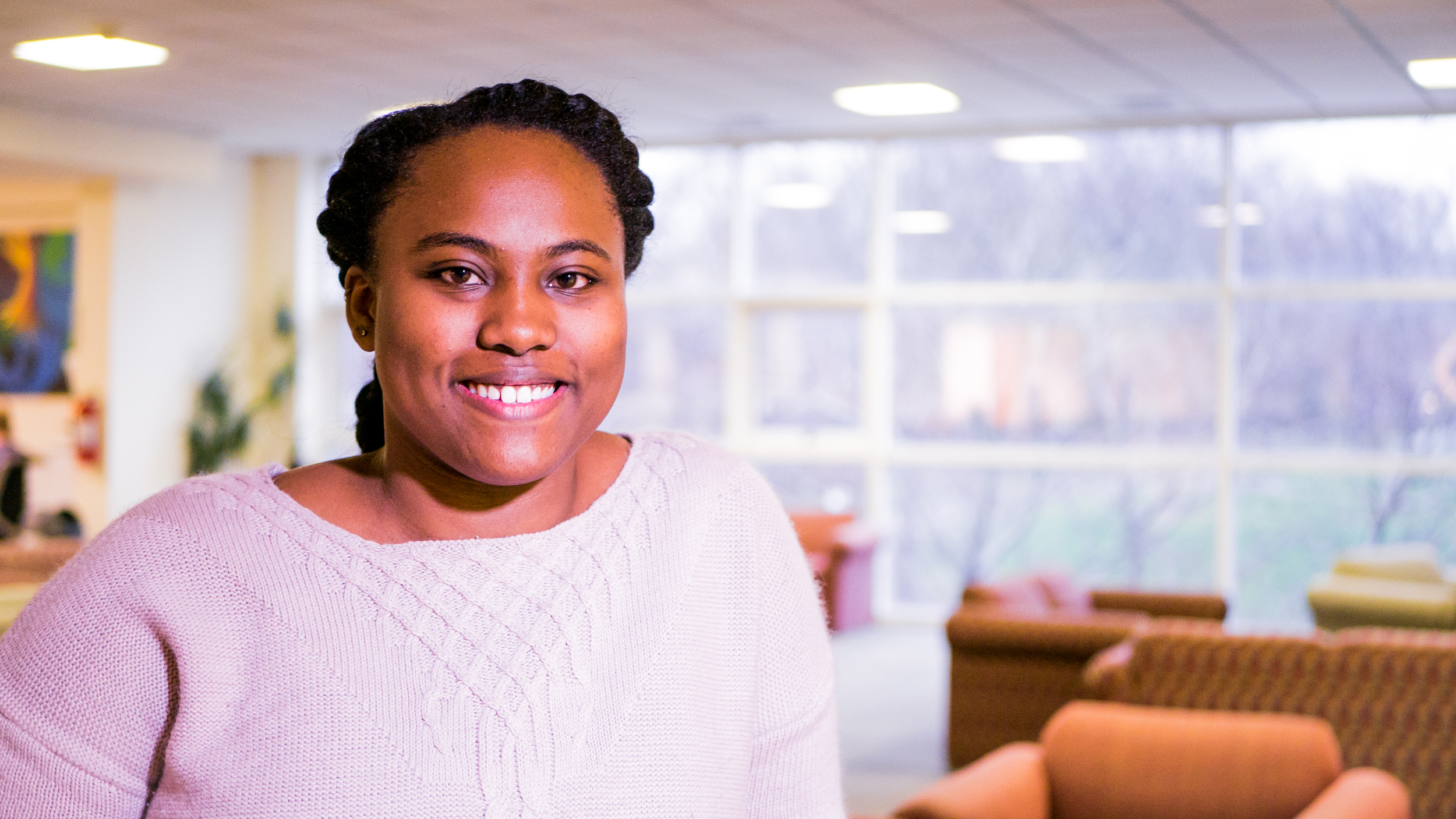 One of those new leaders was Essence, a member of Meredith’s track team.

When Essence began school at Meredith as a freshman, she had never experienced Bible study before. She joined Indyah and Tori’s small group and was soon invited to Beach Retreat, an annual event for the chapter.

As the students read the story of the Samaritan woman, Essence saw herself in the story and realized she was pursuing stagnant, stale water, rather than Jesus’ living water. In that moment, she decided to give her life fully to Jesus.

“I had never studied Scripture like that before,” Essence said. “I was able to write on the text, ask questions and observe, you know, interpret what the text means and how to apply it to my life. . . . Everything started making sense at that point.”

Today, Essence leads a Bible study for her track and field teammates. Though she’s faced difficulties with many members leaving the Bible study—because many athletes and minority students leave Meredith College after only their first year—she is committed to sharing with her team what she experienced. 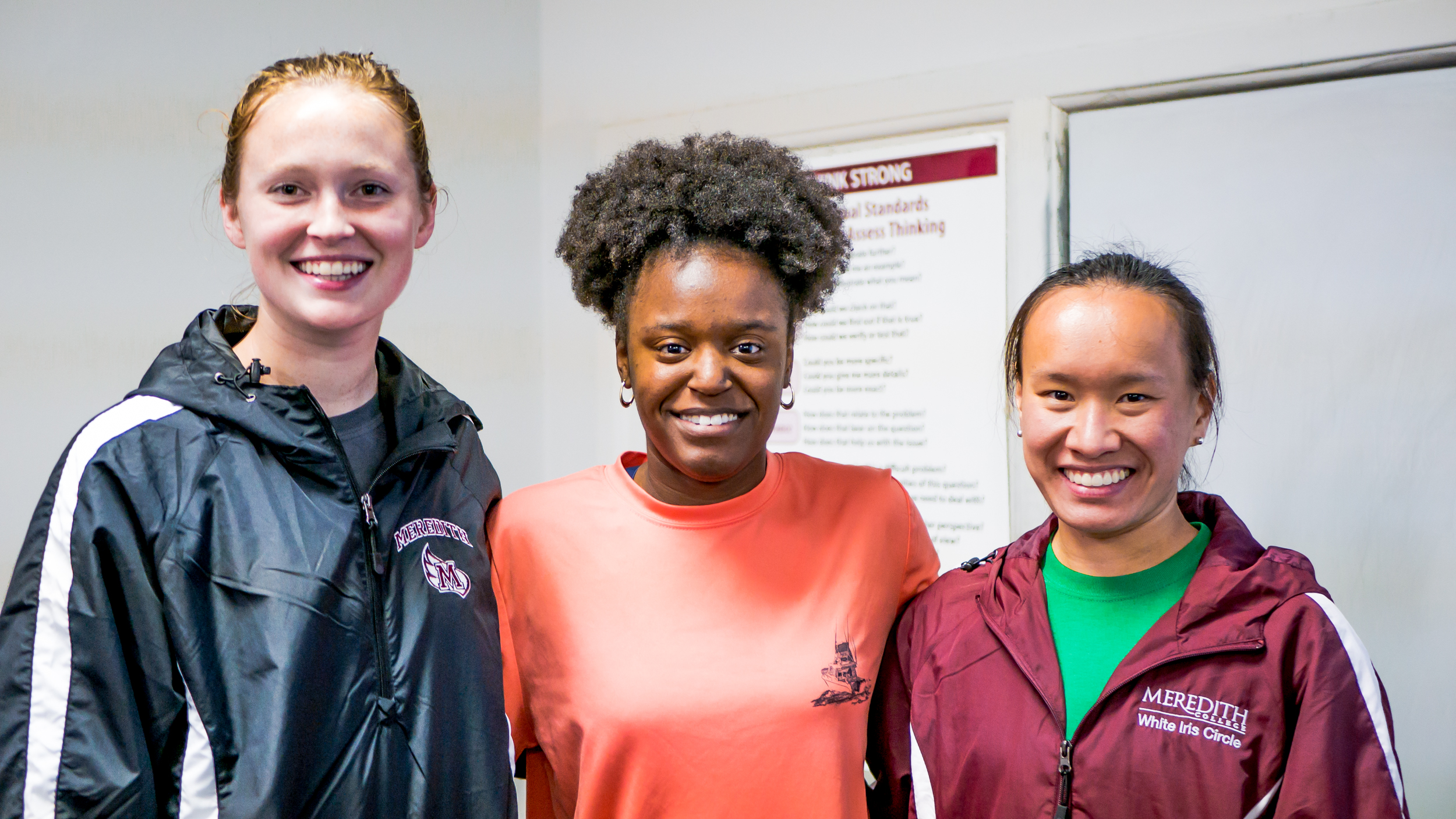 InterVarsity at Meredith believes the best way to reach the students on campus is through Bible studies where they feel like they belong and can be themselves, making them more open to Christ.

Though their chapter is small, that communal environment centered around Scripture is what the women of InterVarsity at Meredith spread to many parts of campus, from athletes, to freshmen, to art majors. Their Bible studies are multiplying because these women jump in when Robin encourages them to lead where they already are involved on campus, where they are already influencing, with the people they are already praying for.

“I’m looking at what Meredith needs and where there are gaps. I want to see where the Lord wants small groups to be, who are the students he’s bringing into this tiny, little fellowship, and how far can we reach—how far to the corners can we go,” Robin said.

To hear more about what the students at Meredith College have to say about Bible study, watch the video below.

Do you have a desire to reach people on your campus or in your life with the love of Jesus? Consider starting and leading a Bible study. For more information on how to lead a Bible study, click the button below to visit Howto.Bible, a new project from InterVarsity.