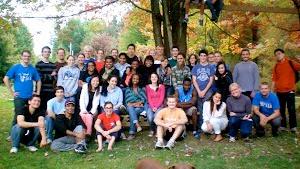 (Madison, WI) – InterVarsity’s chapter at the State University of New York at Buffalo (UB) is once again functioning as a recognized student organization following a July 28th decision by UB’s Student Wide Judiciary (SWJ). The chapter was de-recognized by the Student Association Senate on April 15, 2012. The de-recognition followed the resignation of the chapter treasurer, who stepped down from his leadership position after revealing that he did not agree with InterVarsity’s Doctrinal Basis.

SWJ ruled that UB’s Student Association Senate improperly failed to distinguish between leadership requirements and membership requirements. InterVarsity chapter activities are open to all students. The 16-page ruling said that “it is common sense, not discrimination, for a religious group to want its leaders to agree with its core beliefs.”

InterVarsity chapter leaders were pleased to learn of their restoration to the campus community. “We hope the SWJ decision sets a precedent that protects all groups on campus and creates a genuinely diverse campus environment that values differences,” said co-president Nicholas C. D’Angelo. “The chapter remained focused and united during this time. Having our presence on campus challenged served to strengthen awareness of our mission and our commitment to the mission."

Alec Hill, president of InterVarsity Christian Fellowship/USA, was hopeful that the Buffalo decision indicated a trend that other colleges and universities would embrace. "InterVarsity believes that a diverse campus environment requires the presence of groups which authentically and faithfully reflect religious beliefs,” said Hill. “Groups which cannot communicate or embody their creedal commitments cannot contribute to a truthful and robust dialogue.”

InterVarsity Christian Fellowship is a campus ministry which has been actively involved with students and faculty on U.S. college and university campuses for more than 71 years. InterVarsity currently has more than 890 chapters on more than 575 campuses, ranging from Ivy League schools to community colleges. More information about InterVarsity's campus access concerns is posted at www.intervarsity.org/about/our/campus-access.