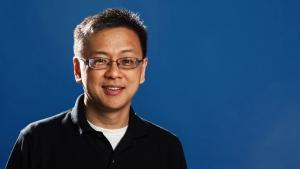 (Madison, WI) -- InterVarsity has created a new Cabinet-level position aimed at improving our effectiveness in working with campus communities. Greg Jao (last named pronounced HOW) has been named Vice President: Director of Campus Engagement. The appointment is effective February 1, 2015.

For the past several years, Greg has served as InterVarsity’s lead person on campus access. He will continue in that role. The three primary areas of focus for the new position are (a) campus access, (b) campus engagement, and (c) Executive Office communications.

“I am thrilled by this appointment,” said InterVarsity president Alec Hill. “Greg has done double duty as a National Field Director and Campus Access Director over the past few years, and it became increasingly apparent that the Fellowship’s needs in the area of campus engagement demanded more of his time.”

InterVarsity’s vision for campus engagement is to proactively build relationships with the academy and to forge stronger partnerships with peer ministries such as The Veritas Forum and the Consortium of Christian Study Centers. In Greg’s recent roles he has interacted with university administrators, equipped chapter leaders and staff across the country to deal with ministry challenges, and developed relationships with news media.

Greg comes to this new position well prepared. For the past 20 years, he has held many leadership positions within InterVarsity’s campus ministry–National Field Director, Regional Director, Divisional Director, Area Director, and Campus Staff Member. He has also served as Associate General Counsel and Manager of Campus Development for InterVarsity Press and may be best known as the emcee of the last five Urbana Student Missions Conferences.

Greg holds a B.A. in English from the University of Chicago and a J.D. from Northwestern University Law School. He has authored two books, contributed to four more, and written or been cited in numerous articles. Before joining staff, he was a lawyer for the Chicago firm of Gardner Carton & Douglas.

Greg, his wife Jennifer, and their two daughters will continue to reside in New York City.