Choosing the Path that God Leads 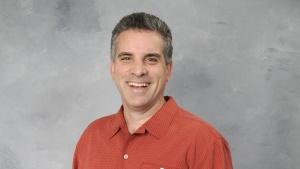 The Chicago Public Schools’ February decision to make computer science a graduation requirement is a victory for a group of visionary teachers that includes University of Illinois at Chicago (UIC) professor and InterVarsity alumnus Dale Reed. Dale has a history of helping to launch new initiatives. He helped start one of InterVarsity’s first Graduate & Faculty Ministries chapters at Northwestern University.

After growing up in a missionary family in Ecuador, and getting an undergraduate degree, Dale arrived at Northwestern in 1985 ready to begin graduate studies and find fellowship with other Christian students. InterVarsity was the second campus ministry he tried, and InterVarsity’s undergrad group was still not the best fit.

The bonds that were formed in that fellowship were strong. A few years later, when Dale was despairing of completing his computer science PhD, some of the same people formed a dissertation support group to pray for each other. “That was the impetus, both spiritually and through tangible emotional support, to help me finish my degree,” he said.

The Fellowship frequently discussed how each of their vocations could further God’s redemptive work in the world. Dale recalled a Bible study of the book of Daniel by Dave Ivaska, which Dale referenced years later when he was invited to speak to some InterVarsity students at the University of Chicago.

Dale saw firsthand how God could use a Christian professor to influence others when he worked with Eric Hamilton, a professor at Loyola University Chicago. With Eric’s guidance, Dale applied for education grants to reach out to high potential/low opportunity students in the Chicago public schools to help them understand the types of careers that are available in the computer science field.

He continued his outreach to public school students when he became a professor at UIC. Over a period of six to seven years Dale spoke to more than 10,000 Chicago high school students about computer science careers.

“This is both a justice issue as well as important economically in the U.S,” Dale said. “What we are trying to do for every CPS student is to give them a sense of the breadth of what computer science is about.” Students would be less likely to choose computer science as a career if all they understood about computers was learning typing skills, how to browse the web, play video games, and master Microsoft Office.

In 2007, Dale joined with some other educators to form the Computer Science Teachers Association (CSTA) to improve computer science education. They realized early-on that the lack of a curriculum was a major problem. Their efforts started to gain traction when they discovered a UCLA-developed class called Exploring Computer Science (ECS), which turned out to be exactly what they needed.

“My involvement with ECS has revolutionized my own teaching as a university professor,” Dale said. Before ECS he would often pause to ask, “Any questions?” The response was usually a long pregnant pause. “Currently, if I'm explaining something in my class and getting some blank stares, I would say, 'take 20 seconds with your elbow partner and discuss your level of understanding from 1-5.'" The comments that follow give a much clearer idea of where the class is at in its understanding.

Dale calls ECS a “sandbox” for teaching students how to think better; it’s more than just about computers. Now the biggest challenge is how the cash-strapped CPS will be able to move forward with implementation of the computer science requirement. Dale often prays with Brenda Wilkerson, the CPS computer science program manager: “Lord, you can figure out a way to do this. We certainly don’t know, but we think this is really important for our kids to have this option in the future.”

Dale’s missionary-family background has made him a strong proponent of education. “I saw firsthand how an education could make a big difference,” he said. “Education can open doors that might otherwise be closed to people who grow up in a low economic opportunity environment.”

Dale’s achievements have led to his appointment as a clinical track full professor at UIC, not an easy accomplishment for someone who chose the teaching path instead of the research path. But he recognizes who actually has guided his career, starting with the fellowship of other grad students in InterVarsity at Northwestern University: “The Lord orchestrated this because a person couldn’t make a plan to do something like this.”