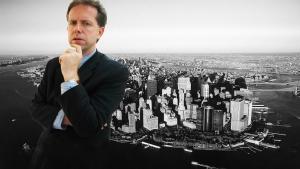 InterVarsity alumnus and former staff member Mac Pier is profiled in an article now appearing on the website A Journey Through NYC Religions. Pier’s role in networking New York City pastors and churches is seen as one key contributing factor in the resurgence of Christian faith in the nation’s largest city.

The article written by Melissa Kimiadi highlights Pier's dedication to breaking down barriers that had isolated churches from each other and hindered their mission of sharing the gospel message with their New York City neighbors.

The Impact of Urbana

InterVarsity’s Urbana Facebook page and Urbana Twitter feed are currently highlighting the influence of Urbana 12, InterVarsity’s latest Student Missions Conference, held in St. Louis one year ago this week. The article on Pier starts with his attendance at Urbana 79, highlighting the challenge by Billy Graham, John Stott, and other speakers to Urbana attendees 34 years ago, to take the gospel message to the entire world.

Reaching the World from One City

Ultimately he realized that he could reach the whole world through commercial connections and the immigrant populations in New York City. He left InterVarsity and teamed up with another former InterVarsity staff member, David Bryant, to start networking New York City churches through a Concerts of Prayer movement that began in 1988. The religious landscape in New York City has changed significantly since that time.

Part 2 in this series of articles also starts with an InterVarsity connection.