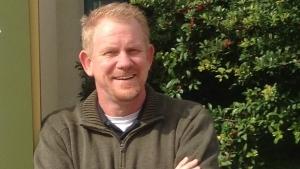 Texas appears dry and dusty. But Leon Fillyaw has found Texas to be fruitful for chapter planting twice in the past. In his current job he hopes to plant more chapters in and around Texas.

Twenty years ago Leon drove his 1966 Mustang from North Carolina State University in Raleigh to Texas Tech in Lubbock. He’d worked as a volunteer staff member with InterVarsity for a year at NC State, and was about to give up on campus ministry. But a friend on staff told him that the Texas Tech chapter needed replanting and some of the faculty had raised enough money to support a campus staff member for one year.

“It felt pretty risky to drive out to Texas,” he said. He knew no one there. His experience at NC State had not convinced him he could cut it in campus ministry. But as a volunteer, and before that as a chapter leader and during a summer mission trip, he had experienced the fulfillment of taking risks for ministry. He was ready to take another risk.

Replanting the chapter was slow going—a lot of trial and error. “I kept being faithful in doing what I knew I could do,” Leon said. Four years later the chapter had grown to about 60 students, which is close to average size for an InterVarsity chapter.

Then he moved to San Antonio, got married, and began replanting another chapter at Trinity University.

“I loved the work; I found it very rewarding, challenging, and stimulating,” Leon said. “At the same time those were lean years in Texas. Our ranks were decimated and we were struggling. But I had a strong sense from the Lord that I wasn’t finished yet.”

Leon nurtured the Trinity chapter for six years, and then nurtured Trinity campus staff for another four years as area director. The chapter continued to grow—even after Leon moved his family to Africa to join a church planting mission for a while—eventually peaking at around 100 students. The Trinity chapter also became known as one of the most consistent sources of new InterVarsity staff in the region, year after year.

Today, he is area director for Graduate and Faculty Ministries (GFM), covering Texas, Oklahoma, and Arkansas, a job he’s held for the last three years. Leon’s passion for campus ministry has not diminished through the years. His main charge is to recruit more staff to work with graduate students and faculty members at the key research universities in the area. Only one campus currently has GFM staff.

He’s met with Christian faculty at Texas A&M, and hopes to have a chapter operating in College Station soon. There are a couple of other schools where grad students have organized chapters but a lack of Christian community is common. “Being faculty and being in grad school are isolating experiences; you might not know any other Christians,” Leon said. “We’re seeking to build outposts for faithful presence throughout academic departments at these institutions.”

Leon was inspired by the story of a group of grad students at the University of Texas who met together several times to discuss how the Christian faith influences the development of virtue. Through the experience of reading a book with some fellow PhD students, one student who had been an atheist began to embrace the Christian faith.

“Because everybody is so busy, they only met three or four times, but some relationships formed out of that,” he said. “People weren’t as isolated as they were before. It was a light in a dark place, and it was beautiful to watch.”

Leon is hoping that as the number of campuses with GFM staff grows in his area he will get to see many more lights emerge from the darkness.