Giving All The Glory to God 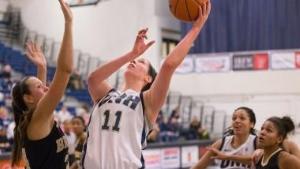 Top athletes give most of their life to their sport to get the win, the championship, the ring, or, as we recently saw at the Olympics, to stand at the top of the podium. The glory goes to the athlete or team that gives all to the competition and triumphs.

But what about the athletes who give all they have and still aren’t good enough? What nobility is there in defeat? Or what about those who do receive acclamation from excelling but then find that the feelings of fulfillment and satisfaction are fleeting?

This was the experience of the most famous and successful U.S. Olympian, Michael Phelps. During the Olympics we learned that despite his many gold medals and financial rewards, despite the fame and the glory, Phelps contemplated suicide in 2014.

At his rock bottom, Phelps was given the book “The Purpose Driven Life” by Rick Warren, which pointed him to a new relationship with God, and gave him a peace he had never before experienced. As we heard his story during the Rio Olympics, we also heard many other athletes including—Allyson Felix, Laurie Hernandez, and Maya DiRado—express that their Christian faith has freed them to compete for God’s glory rather than their own.

As Athletes InterVarsity reaches out to college athletes of all levels across the country, we find many who are also expecting something from their sport that they will never receive. In my ministry with college athletes in New England, I have met many who—through injury, lack of playing time, or even personal crises—have become eager to hear about the hope, purpose, and fulfillment that is only found in the gospel. Many of these athletes have happily traded the pursuit of their own glory for that of God and have then returned to their teams, friends, and family committed to loving them with the same dedication and consistency that they bring to their sport.

I met one such athlete a few years ago named Kaylee, an international student from Canada who came to the University of New Hampshire to play basketball. A few years into her college athletics career she began to ask hard questions about life and God. She struggled with what it meant to “be a good person” and if that was enough.  This led to other hard questions and ultimately what God says about it all through the gospel. Kaylee came to recognize the hope of the gospel and began a relationship with Jesus. Soon after she started a Bible study on her team which continues to this day though Kaylee has since graduated.

She is now a professional athlete in Europe, planning to go to medical school after she retires from professional basketball. But she’s not ready to retire yet. “Now I play because God has gifted me with the talent, and I want to share His light with teammates, opponents, and spectators,” she said. “I want them to see the joy I experience when I play, to be inspired to ask the tough questions, and to start their own relationship with Christ.”

We must, as Athletes InterVarsity ministers to these campuses, go to this very public part of college life—sports—with the same heart we bring to the rest of the university world. Do we believe that these athletes, though they seemingly have all the world says they need to find happiness are actually just as desperate for the gospel as any other college student. Will we go, as Jesus prayed we would in John 17:18, into this world, though it can feel intimidating, to live as ambassadors for God’s glory among people who seek their own? It’s my hope that we will, and, in doing so, that we will have the opportunity to see lives changed, captives freed, and in the end, God receive all the glory.