Going Beyond the Acronyms 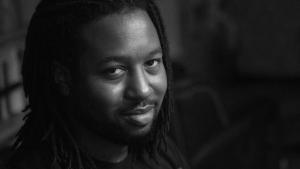 Parking lots or people? That was the question Thurston Benns started pondering during a church growth class in seminary for his degree in pastoral counseling; the conversation during class had turned to calculating the number of parking spots a church needs and how much it costs to keep the lights on. But Thurston’s was thinking about the group of students he’d been meeting with at the nearby campus of Lynchburg College as an InterVarsity volunteer, and he realized that discipling students and teaching them how to lead small groups was much more appealing to him than dealing with church administration.

Up until that point campus ministry had been a sideline activity—a ministry opportunity—as he worked toward a career as a pastor. But as he met the students and helped them grow into a community of followers of Jesus, he discovered his calling. “I always want to be doing something like this,” he told himself.

Thurston had been involved in a student ministry while he attended the University of Virginia, but not InterVarsity. However, he and the other leaders had been mentored by InterVarsity staff and invited to attend InterVarsity camps and conferences. So he was somewhat familiar with InterVarsity’s vision for student-led campus ministry.

“I really believe in what a committed bunch of students can do for their campus and their community,” he said. “I feel like InterVarsity as an organization believes in that too. We’re not the ministry that is trying to have a church on campus where a bunch of students come and listen to us talk once a week. Our role is to facilitate, train, and develop.”

When Thurston joined InterVarsity staff full-time he planted a chapter at Norfolk State University, which was a change from Lynchburg College, since Norfolk is more of a commuter campus than a residential one. It took two years and three applications for the chapter to become an official student organization, because student organizations weren’t part of the campus culture. On orientation day there were only three tables: InterVarsity, ROTC, and Bank of America.

He invested in training some gifted student leaders but invariably they transferred or left school for other reasons, undermining the continuity of the chapter. “It was tough for that reason,” he said.

Given his insights in seminary, it’s ironic that Thurston is now Area Director for the Tidewater area of southeastern Virginia, a position that is adding more administrative duties to his schedule. But during his time as a Campus Staff Minister at Norfolk, he discovered broader leadership gifts as he helped develop a regional Black Campus Ministry conference.

Thurston’s goal for students in his area is gospel-driven transformation. “I don’t want to graduate students who just know a lot of acronyms,” he said. He thinks back to his own experience as a college freshman when he considered himself a good Christian. He knew the Bible, and he knew the right words, but at a gospel music concert during Christmas break God showed him that his heart was not faithful. That was when he committed himself to following Jesus. “My fall semester and spring semester were two very different Thurstons,” he said.

He used his own experience to challenge students at Norfolk about the depth of their Christian faith. “We have a lot of religious culture students who go to church and don’t do X, Y, and Z, and so they think they are good and righteous and they deserve to be leaders,” he said. He invites them to study the Bible to get a clearer perspective.

Thurston believes that in-depth Bible study allows students to measure themselves against God’s standards and God’s desire for their lives. “They have an opportunity to see Jesus more clearly, and as they see him more clearly they see themselves more clearly,” he said.

Shane Arthur, InterVarsity’s regional director for Virginia, said that Thurston is a gifted bridge builder among both students and staff. “He loves new ideas and opportunities to reach new corners of campus and treasures partnerships with others,” Shane said. “For many of us, his ability to invite White staff and students into deep conversations about race without shame or guilt is a great gift.”

The state of Virginia is one of InterVarsity’s newest regions, the creation of which has opened the door for expansion to more campuses. Virginia has a lot of Historically Black Colleges and Universities (HBCUs) and commuter colleges like Norfolk State. From Thurston’s own experience, he knows that it takes a different type of approach to reach students at these schools, but he’s already developing plans to respond to the challenge.