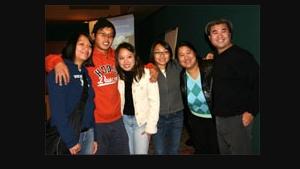 Thirty-six students from universities across Wisconsin attended InterVarsity’s first Hmong student conference in Whitewater, WI, where they learned about Christian leadership from a Hmong perspective and focused on sharing the gospel with non-Christians on campus. Pastors Teng Xiong from Milwaukee and Chou Xiong from Appleton encouraged students to grow as servant leaders and challenged them to lead their communities.

“I am continually learning more about what it means to be a leader for God’s kingdom,” said Nou Xiong, a sophomore student attending the University of Wisconsin-Whitewater. Another student, after attending a seminar about spending time with God, said, “I never realized how much I need and want to spend time with God. It’s important for me to set time aside to study Scripture and pray.”

“Only half the students who attended had previous exposure to InterVarsity. We thought that the vast majority of students who attended would be committed followers of Jesus. We found that while there were believers who attended, a larger number of ‘committed seekers,’ students interested in learning more about the Bible and Christianity, also attended,” said Josh Bilhorn, InterVarsity staff serving as area director in Wisconsin. Some of the non-Christians accepted Christ as their Lord and Savior, one with dramatic results. That one student’s nightmares stopped after he accepted Christ into his life.

The state of Wisconsin has one of the highest Hmong populations in the country. Students who attended the conference from the University of Wisconsin—Oshkosh and Marquette University hope to involve Hmong students in their InterVarsity chapters back on campus.