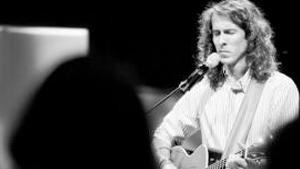 Isaac Gill spent several months in a fruitless job search following his 2009 graduation from James Madison University (JMU). Then in August, he received a phone call from a childhood friend. She knew Isaac had a degree in digital filmmaking; she asked him to make a short promotional video to raise funds for a documentary focusing on the growing trend of the sexual exploitation of children in the United States.

The project was called Sex+Money: A National Search for Human Worth. After making the promotional video, Isaac continued on as an Associate Producer.  He also enjoyed using his creative skills as an assistant to the Music Supervisor for the documentary.

Then as the production team put together a nationwide tour of churches and college campuses to show the documentary, Isaac had two more jobs, tour coordinator and worship leader. The tour crossed the country, with screenings in all 50 states.

The 50 state Sex+Money tour officially ended last December, but the team is still adding showings. In February, Isaac arranged a presentation at his alma mater, JMU, which attracted about 700 students. Isaac spent the whole day on campus, visiting with his former professors and friends he had met through InterVarsity.

He shared with his professors his media activities since graduation. “They taught me valuable technical skills, relational skills, and personal skills, that had become invaluable to me,” he said. "I just went back and thanked them."

Isaac also sat in on an InterVarsity Small Group Bible study, the same one that he used to lead three years ago. It was now led by a student who had been a freshman in the group three years ago. Several of the guys in Isaac's Bible study group are now leading their own Bible studies at JMU. "I'm so proud of them and so impressed with how God has worked in their lives," he said.

He also spent some time in quiet reflection during his visit. "Coming back to JMU after all the experiences of the past three years helped me recall my roots. Reconnecting with the track record of what God has done in my life, I saw his faithfulness across the years. In some ways I've changed and grown a lot, and in some ways I'm the same Isaac. That was pretty powerful."

Isaac recalled his first week on campus and the important contact he had made with a friend from back home. His friend invited Isaac along to swim at a water hole out in the country and to some other activities that didn’t seem all that important at the time. But now seven years later they loomed large in his college memories.

“I thought of my friend Andrew who became my Small Group leader, what if he hadn't reached out to me during those first weeks. Would I be the same person now? What if I hadn't gone on that trip to Blue Hole, or if I hadn't gone to an ice cream social with InterVarsity, or if I hadn't gone to that first Bible study. Would I have worked on this documentary, would I have traveled or have done the things that I have done? I'm really grateful for how it worked out. I'm really grateful for God's grace. I could've gone the other way, and made some bad decisions.”

Repenting of an Addiction

In spite of his involvement with InterVarsity, Isaac admitted that he had made some bad decisions at JMU. He had battled with a pornography addiction. The summer after he graduated, he came to a point where he realized he didn’t want to tolerate that sin in his life anymore.  He spent a lot of time in prayer and repentance, seeking God.

Then when he was invited to be a part of the Sex+Money project, he was honest with the producer, Morgan Perry about his past issues with pornography. "I don't want to be somebody who is bringing down the team spiritually because of what I'm coming out of,” he told her. “Morgan was super supportive. She said, ‘That's the reason you're supposed to be a part of this.’”

Last year on tour, and because of his transparency about his past, Isaac had the privilege of praying with many men who shared the same addiction. “InterVarsity really created that context for vulnerability and confession and repentance, a biblical style of repentance,” Isaac said. “It wasn't working out our salvation or trying to do good works to regain our credibility with God, but just receiving God's grace once for all.”

Isaac cited statistics that show 50 percent of the men and 20 percent of the women in American churches are involved with pornography. Pornography, he said, is just part of the hypersexualization of our culture that is leading to the sexual trafficking that the Sex+Money documentary exposed, resulting in sexual abuse and brokenness of families.

Isaac would like to continue to be involved with the Sex+Moneyproject, to get the message out to more people who need to hear it. He’s also finishing up production of his first album, which will be released soon. He’s confident that as he continues to trust in God, God will continue to lead him, just as he did during his time with InterVarsity at JMU.