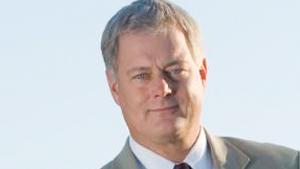 "I came out of InterVarsity convinced of a few things, one of them was that I wanted to be a servant in the world,” said Sanford (Sandy) Shugart. “That's who I needed to be.”

Today, Sandy Shugart lectures around the world on servant leadership, and models it on a daily basis as president of Valencia College in Orlando, Florida. Valencia is one of the largest community colleges in the country, awarding more Associate degrees than any other school.

Sandy was introduced to InterVarsity shortly after beginning his freshman year at the University of North Carolina at Chapel Hill. He was invited to an InterVarsity Small Group Bible Study at the campus YMCA and went, eager to make some new friends.

"What I saw in those guys was an extraordinary level of transparency and love for one another, and I was intrigued,” he said. “I had also been without a compass in my life for several years. I needed a compass.”

Through the Bible study Sandy found direction for his life and became a follower of Jesus Christ. He became very involved in InterVarsity at UNC, one of the largest chapters in the country at that time. “I tell my friends that I kind of majored in InterVarsity and minored in Chemistry,” he said. "I got some of the best leadership development training I’ve had in my early life through InterVarsity."

One of his earliest models of servant leadership was InterVarsity staff worker Jimmy Long, who arrived on campus Sandy’s sophomore year and today oversees InterVarsity’s ministry in North Carolina as a Regional Director. They still keep in touch. “He has a fierce integrity combined with real gentleness,” Sandy said.

A Career in Education

Because of his involvement in InterVarsity, Sandy was able to hold loosely his own career plans and walk through the doors that God opened for him. For a while the path seemed unclear. He gave up a fellowship to study with the famous philosopher Karl Popper and instead taught high school chemistry after graduation.

He then returned to UNC and earned a PhD in Education. He was hired as a policy adviser to the governor of North Carolina; and not long afterwards, at the age of 25, he was appointed vice president of the North Carolina Community College system.

A Philosophy of Servant Leadership

While Sandy is an administrator, he is also a philosopher, which is reflected in his speaking, writing, and alternative vocation of poet and songwriter.

He grew up in a musical family and returned to music when he became part of a worship team at a church in Texas. After that he began to look for other performance venues and has released several CDs. Through his professional life he was becoming an in-demand speaker and decided poetry and music worked better than PowerPoint to make his points in his talks.

"I reached the conclusion some time ago that facts don't change people,” he said. “I was doing fine speeches with great information, but it didn't change anybody. People require some kind of emotional experience in order to entertain the possibility of change."

His latest book is also connected to his philosophy of servant leadership. Titled In the Crucible of Work, it focuses on how to be a responsible employee in a large corporation, responsible to yourself as well as your employer.

“Our work forms us more powerfully than we form it,” he said. “Going to work in a large bureaucracy, you think you are in control of your work, but the truth is that it’s in control of you, and it’s changing your character in a thousand ways over time. Many people come out of that crucible ruined in their characters, but others can come out of it transformed, not deformed.”