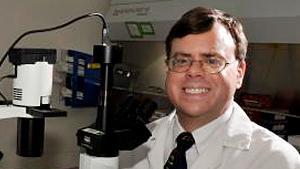 A “bewildering number of Christian groups” confronted Todd Rider when he arrived at Massachusetts Institute of Technology (MIT) from Arkansas in 1986 to begin his collegiate career. Fortunately, he was already aware of InterVarsity.

That summer he had read and been challenged by the InterVarsity Press book The Fight – A Practical Handbook for Christian Living by John White. It was given to him by a relative who recommended he look up InterVarsity when he got to MIT. In addition, several of his new friends in the dorm were involved in InterVarsity.

The attraction of InterVarsity

He liked the broad interdenominationalism of the InterVarsity chapter, which included Baptists like himself, as well as Charismatics, and Catholics, and those of other Christian traditions, united by a passion for following Christ. He also liked InterVarsity’s emphasis on student leadership. “That forced all the members—including me—to take more responsibility, develop better organizational and people skills, and mature in our faith,” he said.

Todd particularly appreciated InterVarsity’s “intellectually rigorous” approach to Christianity. He had spent the summer before college reading not only John White’s book, but much of C.S. Lewis’s writings, as well as other books about the Christian faith.

“By the end of that summer I concluded that Christianity did make sense and would remain a good foundation for my life,” he said. “I have continued to investigate, question, and learn over the years since, delving rather deeply into comparative religion, biblical archaeology, canon formation, and other areas, yet my conclusions have ultimately remained the same.”

Todd held several leadership positions in the InterVarsity chapter and attended a number of regional conferences. But he also embraced the intellectual stimulation of MIT and its neighbor, Harvard, like a kid in a candy shop, because Todd is a self-confessed “science nerd.”

The attraction of science

He had honed his skills in high school science fairs, eventually winning the grand prize at the International Science and Engineering Fair. At the same time he tutored younger students at the local Boys Club and discovered a knack for explaining complicated topics simply. He feels God has created him to use science to help people.

Todd’s faith in God has given him a purpose and a calling. He recognized that his science skills and interests could open the way to improve the lives of people in many ways, through scientific research as well as through improving science education. At MIT there was so much that he wanted to learn.

“I studied as many fields as I could fit in and absorbed all the classes and books like a sponge,” he said. “I continued to create and pursue my own original research projects in various fields. And I moved from tutoring students to teaching daily classes as a volunteer in the Cambridge schools. Through all of that, InterVarsity and the close friends I had made were there to offer perspective and support, and to keep me from losing touch with humanity while I was trying to help humanity.”

Todd remained involved in InterVarsity through his undergraduate and graduate studies at MIT, from 1986 to 1995. After graduation Todd was hired at the MIT Lincoln Laboratory, where he is now a senior scientist. His work has focused on developing improved methods of detecting and treating infections.

The Cure for the Common Cold

One of his first breakthroughs is called CANARY, “a sensor that uses genetically engineered white blood cells that glow within seconds if they detect particular bacteria or viruses.” A more recent and exciting invention is PANACEA, a family of disease treatments. The first member of the family is called DRACO, which is designed to cure virtually all known viruses.

“We have demonstrated that DRACO is nontoxic and effective in human and animal cells against all 15 viruses we have tested thus far, including everything from the common cold virus to dengue hemorrhagic fever,” Todd said. “Of course, much more testing will be required in order to fully demonstrate and perfect the therapeutics, but we hope they might be available for human use within a decade or so.”

Today Todd and his family are active in a local church. He occasionally teaches classes on science and faith, and other subjects. He said, “My faith in God provides both a great sense of purpose for why I have devoted my life to doing what I am doing, and also a tremendous comfort when that path is difficult or stressful.”

InterVarsity is called to helping students like Todd develop as followers of Jesus during their college years, and to become servant leaders in their communities.