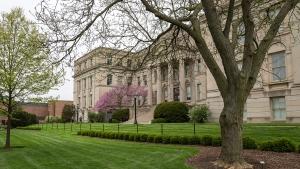 UPDATE: The University of Iowa has agreed to temporarily reinstate InterVarsity and all other religious groups that the University had recently deregistered. This information is now available online at the Becket Law website.

InterVarsity has been a part of campus life for 25 years, welcoming all students as members. But like the over-500 other student groups on campus, it has a distinct mission and asks its leaders to embrace that mission. In June, the University abruptly ordered the group to drop its religious leadership standards within two weeks, stating that leaders could not even be “strongly encouraged” to share its faith. And in late July, after InterVarsity explained why it couldn’t eliminate its leadership standards, the University officially derecognized the group, along with dozens of other religious and ideological student groups.

“We’re grateful to have been part of the University community for 25 years, and we think that the University has been a richer place for having Sikh, Muslim, Mormon, Catholic, Jewish, atheist, and Christian groups.” said Kristina Schrock, student president of InterVarsity Graduate Christian Fellowship. "Because we love our school, we hope it reconsiders and lets religious groups continue to authentically reflect their religious roots.”

InterVarsity’s 25 years on campus include hosting Bible studies and worship services, sponsoring discussions on important issues, and participating in community service activities such as the Martin Luther King Jr. Day of Service and the Johnson County C.R.O.P. Hunger Walk (where it’s been the top fund-raiser in six of the last seven years). The group is made up of a diverse collection of multiethnic and international students, and it welcomes all to join as members. While the University deemed InterVarsity’s religious leadership requirement “non-compliant” with its non-discrimination policy, it has exempted or ignored leadership and membership restrictions set by other student groups, such as sports clubs, fraternities, and political organizations. The University’s action against InterVarsity comes after another religious group’s lawsuit challenged the school’s discriminatory application of its policy.

“If public universities really want to foster an intellectually diverse environment, this isn’t how to do it,” said Daniel Blomberg, senior counsel at Becket, which is representing InterVarsity Christian Fellowship. “Universities should allow students the space to form their own groups that challenge and grow their sincere beliefs. Banning religious groups from having religious leaders just flattens diversity and impoverishes the campus.”