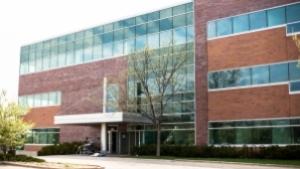 (Madison, WI) -- InterVarsity Christian Fellowship is moving our national office on the west side of Madison to 635 Science Drive. The move this month is the eighth in InterVarsity’s 74-year history and is prompted once again by the growth of InterVarsity’s ministry—now with 949 chapters on 616 college and university campuses across the U.S.

Our National Service Center (NSC) employs more than 150 people who provide a broad range of support services to InterVarsity’s approximately 1,200 field staff, involved in ministry on college campuses in almost every state of the union. We also support staff at InterVarsity Press in Westmont, Illinois, and at our retreat and training centers in Upper Michigan, Southern California, and New Hampshire.

When InterVarsity began—our ministry was incorporated in November of 1941—our national office was in downtown Chicago. The office occupied six different Chicago locations over the first 27 years as the ministry grew steadily. InterVarsity moved to Madison in 1968, operating out of a former sorority house at 233 Langdon Street, near the University of Wisconsin campus, for almost two decades. For the last 29 years InterVarsity has been located at 6400 Schroeder Road, which is 1.7 miles from Science Drive.

During the month of May, NSC staff will continue to perform their regular duties while packing for the move, and then unpacking. The actual move itself is scheduled for May 15-19, during which time some services may be temporarily interrupted.

While some may find our new address at 635 Science Drive unusual, wondering about the relationship between religion and science, we embrace it. As a campus ministry, InterVarsity affirms the research and educational mission of the academy. The discipleship of the mind is one of our core commitments, and our publishing arm–InterVarsity Press—publishes books that also reflect a love for the life of the mind.

InterVarsity works on campus to insure that students and faculty who are searching for meaning and purpose in their lives have the opportunity to consider the life-giving message of the Gospel of Jesus Christ. We encourage the work of scientists, engineers, musicians, philosophers, and the other members of the academic community as they examine, explore, and seek to explain the wondrous nature of the created universe and its inhabitants.

We look forward to the continued pursuit of InterVarsity’s vision from our new location: to see students and faculty transformed, campuses renewed, and world changers developed. InterVarsity is a charter affiliate with the International Fellowship of Evangelical Students (IFES), and is a charter member of the Evangelical Council for Financial Accountability (ECFA).