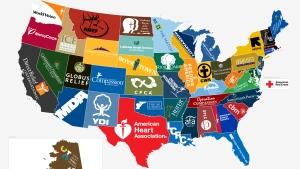 (Madison, WI) -- InterVarsity Christian Fellowship leads a list of Wisconsin nonprofits compiled by a Texas agency that assembled a state by state nonprofit comparison, measured by total revenue. The revenue figures were taken from GuideStar, a nonprofit monitoring organization.

InterVarsity has been located in Madison, Wisconsin, for 44 of its 72 years, moving to Madison from Chicago in 1969. InterVarsity’s total revenues in the 2012-2013 fiscal year, were $99,070,000. That total represents income from donations, InterVarsity Press book sales, conference fees, and other sources.

InterVarsity’s National Service Center in Madison serves over 1,600 staff, including field staff who work with 909 InterVarsity chapters on 590 college and university campuses across the U.S., from the Ivy League to community colleges. InterVarsity field staff are responsible for raising their own financial support, each staff person relies on a large community of people who support their ministry with prayer, financial gifts, and sometimes as volunteer assistants.

The comparisons were compiled by KerstenDirect, a direct response fundraising and marketing agency serving nonprofit organizations, and presented in a graphic called The United States of Nonprofits. The graphic does not include hospitals, universities, museums, and several other categories of nonprofits. InterVarsity is also listed in the Chronicle of Philanthropy’s 400 Largest Nonprofits, and Forbes magazine’s 2011 list of 200 largest charities.