Jesus in the Clinic 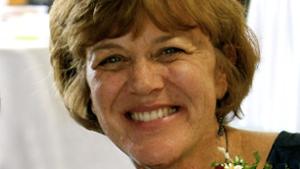 Healthcare professionals are often closest to some of the most intense physical suffering and pain. Because of this, Christians in healthcare have a unique opportunity to model Jesus’ incarnational love, being his hands and feet in a visible, tangible way. Heather Cutillo, a registered nurse and InterVarsity alumna, has had firsthand experience with living out her faith in the nursing world, and has seen the ways that the love of God still shines brightly in the dark places.

As a graduate student at Rush University, training to become a pediatric nurse practitioner, Heather heard a call from God to work in the field of urban health ministry. At the time, she was responsible for a patient with many financial and other difficulties, whose only support was the health clinic where Heather was working. Seeing how urban health centers could be a support network for those without one opened her eyes to the ways God could use her through urban health work.

God has led Heather and Bob to places where they have learned how to show his love to others through the way they lead their lives. Sometimes this incarnational living has meant literally dwelling with those they serve. For instance, while working in Washington, D.C., Heather and Bob lived in Christ House, a facility that ministers to the homeless. “When most people are discharged from the hospital, they are sent home to recover,” said Heather. “But for those who don’t have a home, it makes recovery difficult. Christ House provides a place for those who are homeless and have serious health problems to recover after their hospital stay.”

Heather and Bob lived on the top floor of Christ House with others who worked and ministered there. Every Sunday, caregivers and patients would worship Jesus together in a small church service. Several people who had recovered and been able to find housing elsewhere would come back to Christ House to worship with the residents. Christ House also held midweek worship services, which took place after the residents ate dinner together. “At Christ House, we were all part of a community,” Heather said.

For the past 13 years, Heather and Bob have lived in Denver, Colorado, where Heather works for Inner City Health Center, a clinic that serves uninsured people. Inner City is also a Christian clinic, which often leads patients to be more open about their spiritual lives with the caregivers. “Because people know we’re Christian, and know that we respect the interaction between faith and life, they are often more open to talking about spiritual things with us,” said Heather. Regardless of whether faith enters the conversation, Heather always tries to listen well to her patients and be present as a source of support in order to show them God’s love. “I know that God cares about the needs of every one of my patients, so I treat them all with the same dignity and respect,” she said.

The pain and grief that nurses witness every day can easily lead to burnout and discouragement. Heather gains the spiritual strength she needs for her work from daily time with God. She first learned how to practice spiritual disciplines in nursing school, when she was a member of InterVarsity’s Nurses Christian Fellowship (NCF). “In nursing school, I learned about the importance of having a daily quiet time, spending time in Scripture and prayer, and I’ve been doing it ever since,” Heather said. “I really appreciated the emphasis on discipleship and developing my relationship with God that I got from NCF.”

Heather also has a strong community around her that supports her in her walk with God. Her small group Bible study is a source of great encouragement for her, as is her husband who, as a fellow urban health worker, understands the challenges of being a healthcare professional. “Bob and I can support each other well because we both understand what the other person is going through,” she said.

It’s the spiritual support that Heather receives that convinces her that the world needs more Christians in the healthcare professions: “There are a lot of people who want to do good things, but those who don’t have the Lord as their guide and strength can get burned out easily.”

Heather encourages Christians who are contemplating a career in healthcare to go for it, and to bring the countercultural values of God’s kingdom along with them. “There’s a lot of need in places where mainstream doctors and nurses don’t want to go to, because it would be risky, or it would involve earning less money,” she said. “Those are the places where God often calls us.”