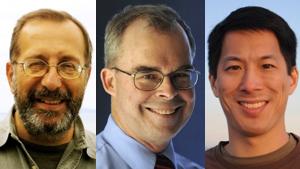 The world of journalism is changing rapidly as technology and social changes revamp the way people get their news. But six journalists who have excelled in the journalistic world believe there’s still a place for Christians in journalism, as long as they understand that the news media is a fluid environment.  And each credits InterVarsity for influencing their careers in surprisingly different ways. 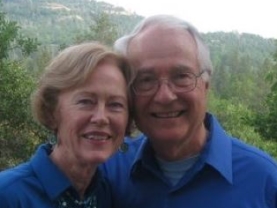 For Russell Chandler, InterVarsity shaped his Christian faith. A student in his Stanford University Logic class invited him to an InterVarsity meeting. There he met students who prayed and talked about Jesus as a living person. “It wasn’t about an organization, it was about a relationship with God, through Christ,” he recalled.

After college Russell went to seminary and was ordained in the Presbyterian Church (USA). But he always enjoyed writing and after attending the Decision School of Writing he decided to pursue a career in journalism. He worked for the Washington Star, Christianity Today, and finally the Los Angeles Times, where he was Religion Editor for 18 years.

Russell’s journalism career was influenced by John 8:32, “You shall know the truth and the truth will set you free.” He said, “I believe there is a freeing quality about knowing the truth. The press has an important job to make that truth known because if it isn’t known that we can’t be fully free.”

Many days during his career he felt God’s presence. He started each day with a prayer, asking for God’s leading. “There were moments and situations which I didn’t know how to handle or how it was going to turn out,” he said. “Some of the breaks I got, I think God opened the door.” 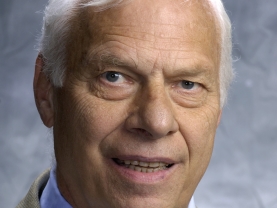 Wes Pippert already knew about InterVarsity when he arrived at the University of Iowa. He was elected president of the chapter at the end of his sophomore year. He planned to go to graduate school after getting his degree, but took a job with the United Press news service to pay off bills.

He worked for the news service for almost 30 years, ending up as White House correspondent and then Middle East correspondent in Israel. Then he taught journalism for another 23 years at the University of Missouri Washington Journalism program, where he is now Director Emeritus.

“What InterVarsity did was whet my interest in the study of faith and beliefs, mind and emotion,” he said. “That fine-tuned my understanding of journalism as the pursuit of truth.” Wes eventually wrote a book about the search for truth through journalism, An Ethics of News. 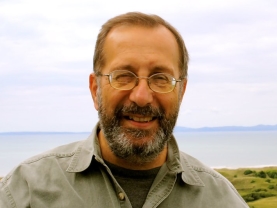 John DeDakis had just finished reading a book by Wes, while participating in InterVarsity’s Mackinac Island Evangelism Project in 1975, when he spotted Wes on the island. Wes was in the press pool for a visit by President Gerald Ford to the home of Michigan Governor William Milliken.

“I saw this guy with Wes Pippert’s name tag passing by, so I yelled at him,” John recalled. “Later we rented a couple of bicycles, rode around the island, and got to know each other.”

John arranged for Wes to speak at the University of Wisconsin-Madison chapter later that year. They stayed in touch as John began his television news reporting career, with Wes serving as a role model and mentor. Ten years later John ended up reporting from the White House himself, for CBN News. He recently retired from CNN, where he had been a copy editor for 25 years, most recently as Senior Copy Editor on CNN's "The Situation Room with Wolf Blitzer."

John came to faith through the witness of longtime InterVarsity staff member Dennis Dudley, while both were serving in the U.S. Army.  John sought out InterVarsity when he resumed his college career after military service. “InterVarsity was a way to calibrate my moral compass,” John said. “It was a way to work out the kind of journalist that I was going to be.” 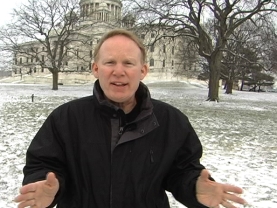 Jim Hummel’s first connection with InterVarsity was through his father, Charles Hummel, who was one of the key leaders of InterVarsity during its early years. When it came time to look for a college, his father gave him a list of contacts and dropped him off in Virginia. He took a bus from campus to campus, evaluating his four top prospects, and settled on the University of North Carolina at Chapel Hill.

UNC-Chapel Hill had one of the largest InterVarsity chapters in the country at that time, which supported him when he decided to run for editor of the Daily Tar Heel his junior year. He won a close election and had a unique opportunity to develop his journalism skills, as well as present a unique Christian witness to the campus community. He regretted that his newspaper duties took time away from his InterVarsity involvement but believed God had opened that door for him and he should follow through.

During his 13 years as a reporter at Rhode Island's Providence Journal and another 13 years reporting for the Providence ABC affiliate, he continued to see God’s leading. “If you look at where my career has gone, there is no question in my mind that God opened and closed doors along the way to get me to where I am right now,” he said.

Today Jim is advancing a new model of journalism on his website, http://www.hummelreport.org/. “I have media partnerships with local radio and television,” he said. “I produce a long form video investigation once a week. Three weeks a month I report on the bad guys and what’s wrong, and one week a month I get to highlight what’s good about what’s going on in our area.” 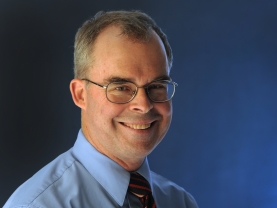 Russ Pulliam remembers a visit by Urbana director David Howard to his Williams College campus. David talked about the significance of the Haystack movement, which began at Williams, to the small fellowship group that was affiliated with a local church that Russ attended. There was no InterVarsity chapter at the campus at that time but Russ was nurtured by a subscription to InterVarsity’s HIS magazine, and InterVarsity Press books, particularly those written by Francis Schaeffer.

Working as an AP reporter, Russ was convicted that he needed to find out how to bring Christ’s Lordship to every story he wrote. “Go to Urbana (InterVarsity’s student missions conference),” he was told, “because you are going to be there with people who are whole-hearted for Christ who are in the same boat you are in. They want to find Christ’s Lordship.”

So Russ attended Urbana 76, staying in the University of Illinois dorms with students attending Urbana. Like many others, he sensed God's calling him at Urbana to serve a greater purpose. “I’m being sent into the news media,” he thought. “It was as much of a call as it might have been if I had been sent to Liberia, in Africa, or something like that.” 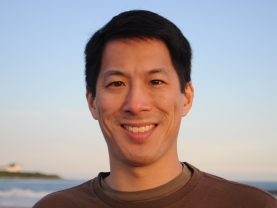 Michael Luo, an investigative reporter for the New York Times, also credits the influence of Urbana. “It shaped my decision making because it shaped my goals and my world view,” he said. “I thought journalism was a place that I could do justice and love mercy, according to Micah 6:8, my favorite Bible verse. Urbana helps you have a global view and journalism could take me around the world.”

Michael became a follower of Christ as a Harvard student. While he wasn’t quite as active in the InterVarsity Asian American Christian Fellowship (AACF) as his twin brother, they led a seekers Bible study together and attended AACF retreats. “InterVarsity played a big part in who I became in college,” he said.

As an investigative reporter, Michael enjoys being involved in stories that could have a positive impact on many people. But even as he started out as an intern at the  Los Angeles Times, wondering about the difference he was making reporting the crime beat, he realized that he could give dignity to people’s lives. Now, he says, “I feel lucky that I’m in a job that I love and I feel joy in it often.”

Michael feels it’s important for there to be Christians on the staff of major media, such as the New York Times. “Just as it’s important to have ethnic and racial diversity that reflects the communities that we cover, we need to have religious diversity as well,” he said. With all of the changes in the media today, he believes there will still be a need in society for journalists who are willing to dig up information and keep everyone informed.

The other journalists said much the same. News gathering is a difficult industry right now with myriad changes upsetting career plans on a wide scale. Anyone who enters the business needs to know that going in. “It’s a great place to bear witness to what in the world God is doing,” said Russell Chandler, who with his wife sponsors student journalist scholarships through the Religion Newswriters Association.

Wes Pippert recalled a Jewish colleague who once told him that journalism is not like selling shoes, or cars or houses. “All we deal in is the truth,” the man said. “That’s the commodity of Scripture too. There’s a certain purity in speaking idealistically about journalism. That’s enhanced by faith and not undermined by it.”

As InterVarsity students consider whether they have a role in the news media of the future, a very different world from just a few years ago, they can be encouraged to know that understanding how to deal with truth will remain an important value.