From L.A. to LA: Reviving Campus Ministry Along the Gulf Coast | InterVarsity
Skip to main content
News
By Gordon Govier

From L.A. to LA: Reviving Campus Ministry Along the Gulf Coast 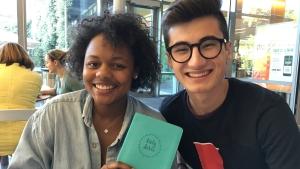 Starting new things with God in difficult places is “our heartbeat,” says Area Director Beau Crosetto. Six years ago, Beau and his wife, Kristina, moved from San Diego to Los Angeles to focus on Greek students who were not being reached with the gospel. In 2018 Beau and Kristina are trying something even more ambitious: moving halfway across the country to replant InterVarsity in Louisiana.

Louisiana has 39 campuses and nearly 300,000 college students, but it’s the only state with no InterVarsity undergraduate ministry and no InterVarsity staff. Six of the 10 campuses in the Baton Rouge/New Orleans area are majority Black, and two of them have the biggest Greek systems in the state. “What does it look like to start a movement that reaches high identity Black students and high identity Greek students?” Beau queries. “This is where we’re going to start!”

God was already at work opening doors for InterVarsity in Louisiana through long-term prayer and alumni cultivation by Bill DePury, Area Director in nearby Florida. In March, Smiley Abrams of Mississippi and Chelir Grady of Texas—two veterans of InterVarsity’s Black Campus Ministry—brought teams of students to help Beau and Kristina make connections on several campuses and plant seeds of ministry. During one visit more than 100 students at Southern University expressed interest in campus ministry involvement.

In April InterVarsity’s team of Evangelism Champions visited three campuses—Louisiana State University (LSU), Tulane, and the University of New Orleans—and connected with 120 interested students, including two new believers. The outreach at Tulane was assisted by an InterVarsity alumnus from the 1960s who has been praying for ministry to return to campus for many years. Another alumna at LSU guided the team down Greek Row, where they found several students who were already involved in Bible studies and interested in InterVarsity.

Beau was cautious about visiting Loyola University New Orleans, as he had heard they were leery of outside groups. But he met an administrator there who had also been praying for InterVarsity to come to her campus. She introduced him to other administrators, including the Directors of Greek Life, Athletics, and Student Affairs. They welcomed him to campus and even talked about giving InterVarsity office space.

In his planting ministry in Southern California, Beau learned how to start chapters on multiple campuses at once and network them together, raise up staff and volunteers, create advisory councils to resource the campus mission, and design tools that help spread the gospel on campus. These tools, lots of prayer, alumni involvement, and much more are being put into play now in Louisiana.

This fall as classes begin, Beau and his team have ambitiously identified five campuses for planting: LSU and Southern in Baton Rouge, Tulane and Loyola in New Orleans, and Southeastern Louisiana University in Hammond. Allison Allred, another campus ministry veteran, has joined the team, moving with her family from Arizona to Baton Rouge.

“The state of Louisiana is the leading edge of our new 2030 Calling, of reaching every corner of every campus with the gospel,” says Jon Hietbrink, Vice President, Central U.S. “I’m so excited about what God is doing in Louisiana.”