Laborers of Many Harvests–Transformation of a Middle School, College Campus, and City | InterVarsity
Skip to main content
By Ashlye Vanderworp

Laborers of Many Harvests–Transformation of a Middle School, College Campus, and City 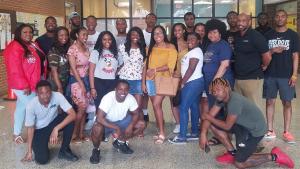 If you ask Campus Staff Minister Jamal Morris what makes his ministry unique, he’ll laugh and say, “It’d probably take an outsider to tell you . . . It’s just second nature to me.” When he came on staff with InterVarsity almost 12 years ago, he kept encountering the same problem. Students he met at the University of Tennessee Chattanooga (UTC) didn’t want to have anything to do with Christianity because they didn’t see how it made an actual difference in the world. They wanted to be a part of something real, particularly something that could alleviate pain in the inner-city.

Jamal coined a term for these students: the “unchurchable.” He recognized that these students were done with church, and InterVarsity’s traditional method of ministry wouldn’t enable him to reach the unchurchable at UTC. He needed to do something more.

Through his connections as a former youth pastor, Jamal began reaching out to local middle schools to see if there was a way they could partner with his campus ministry. These were some of the lowest performing schools in Tennessee, plagued by generations of segregation and gentrification, and were often seen as “gang initiating” schools.

Orchard Knob Middle School, where UTC InterVarsity currently serves, responded. “I asked the principal if I could observe the students and build relationships with them,” Jamal said. “Then, I asked the college students to come with me and observe their conversations using the OIA [observation, interpretation, application] method.”

This birthed InterVarsity/Urban Initiative, a turning point for Jamal’s ministry at UTC. Since then, InterVarsity students have hosted SHINE and RARE, one-and-a-half-year mentoring courses for female and male students, respectively, at Orchard Knob. Students there normally have no access to college students, so they’re seeing a picture of what their lives can be like in the years to come that they wouldn’t otherwise.

In order to put on SHINE and RARE, the format of InterVarsity at UTC looks a little different than it does at most other campuses. In small groups, college students do inductive Bible study that then helps them prepare curriculum for the middle school students. They look at Scripture, think about what the students are needing, and then ask God how to apply Scripture to the students’ situations.

SHINE has covered all sorts of topics, such as body image, often through some sort of craft or activity. RARE discussions also range widely and have included topics like what to do when you feel like taking revenge on someone who has hurt you, followed by some sort of sports activity like dodgeball.

“We’re helping them learn how to make the right decisions,” Jamal said. “It’s discipleship from a place of foolishness to a place of wisdom.” 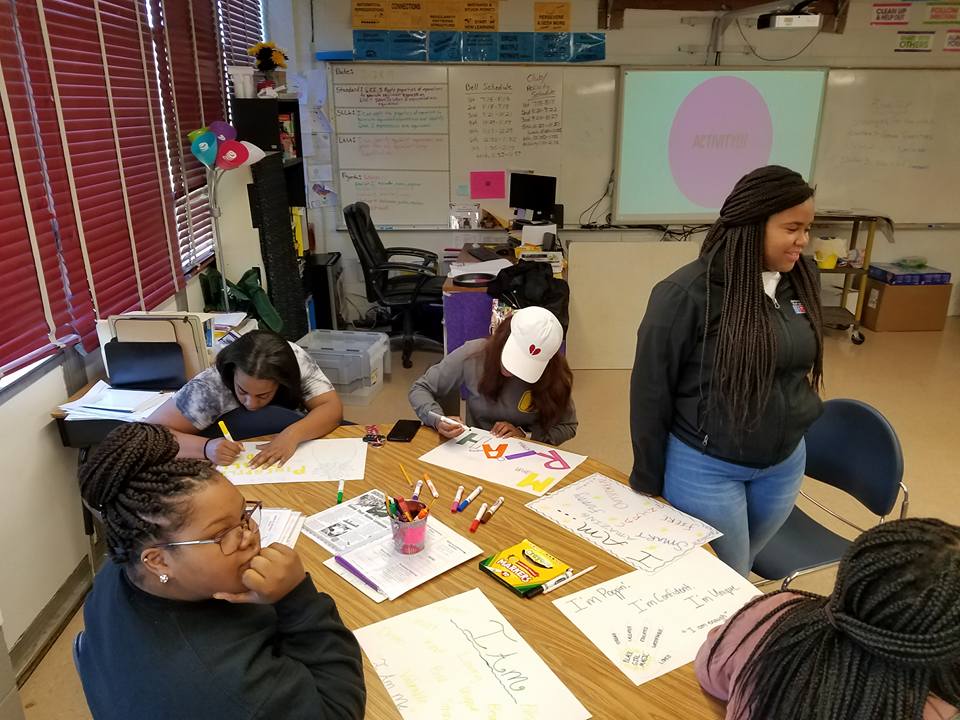 And InterVarsity/Urban Initiative has seen God move in powerful ways in the lives of students and in the community as a whole.

Of the many stories they’ve been a part of, InterVarsity/Urban Initiative most recently played a major role in the life of eighth grader, Tyler. Tyler never saw schoolwork as important and saw being intelligent as a feminine trait. This became such a problem that he was expelled in the 2017–2018 school year. Getting a second chance, Tyler came back to Orchard Knob in the fall and joined RARE. Being around and learning from college-aged men was new for him, and he was able to see through them how it’s possible to be both manly and smart. As he also learned the importance of setting goals, his life did a complete 180, and he finished the school year with a 4.0 GPA. On top of that, Tyler was the winner of the city’s middle school wrestling tournament.

InterVarsity’s influencing extends to Orchard Knob administration as well. When the school experiences difficult situations such as gang or mental health issues, InterVarsity is who they call. They also continually involve themselves in Orchard Knob life and community, hosting festivals, attending students’ basketball games, and more. They’re caring deeply for the school and helping fix problems that are neglected by other community groups, the city itself, and even churches. 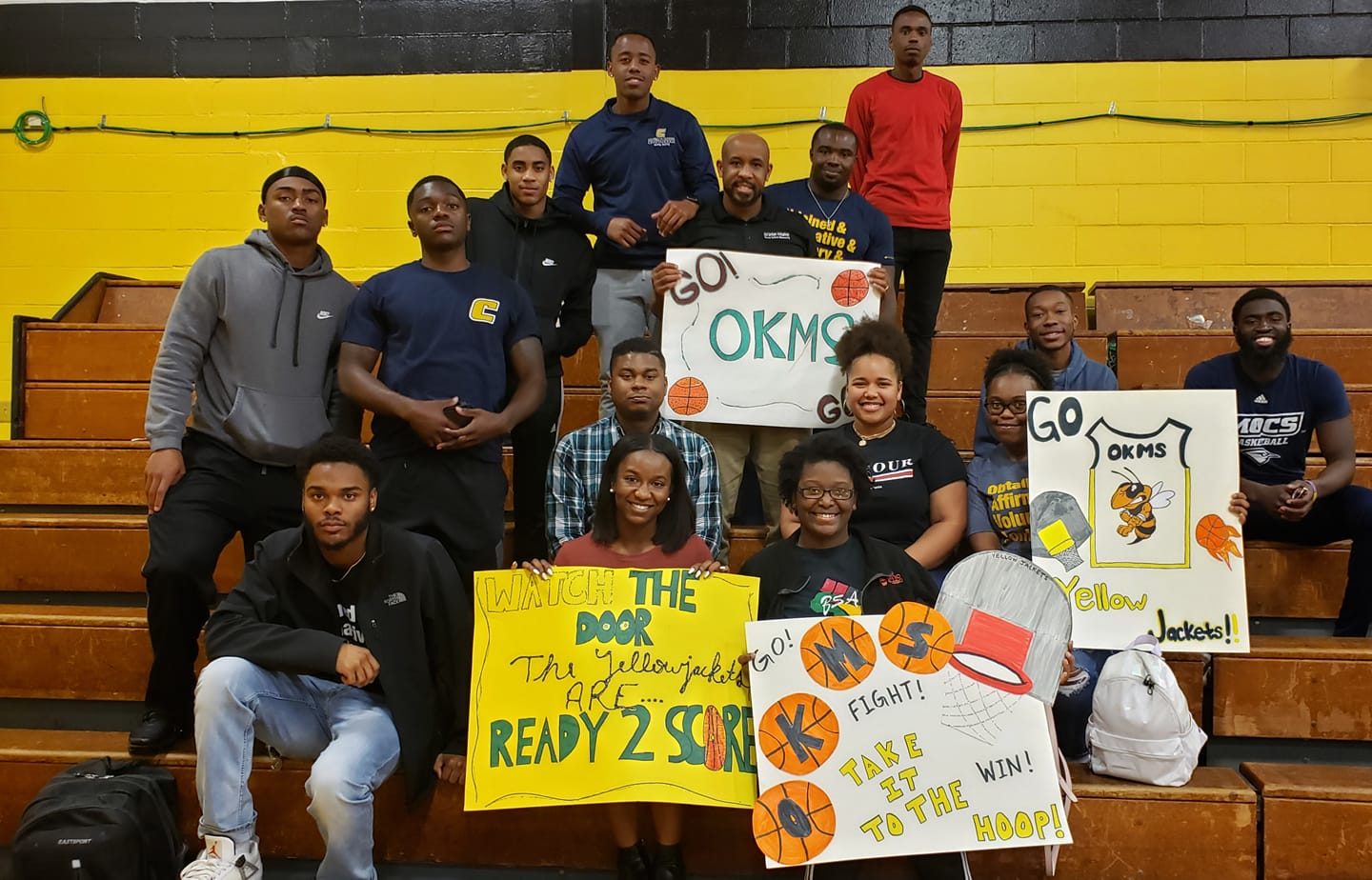 But it’s not just the lives of middle schoolers that have been influenced through InterVarsity at UTC. The college students, as well, are experiencing their worldviews shifting. Students who used to see their future careers, including multiple pre-med students, as a way to live a wealthy and successful lifestyle to escape the injustices of the city now see their degrees and professions as an opportunity to pour back into the community.

Students involved in InterVarsity/Urban Initiative now also have an easier time inviting classmates and friends to Large Group and other events because they can easily point to how they’re a part of real change. They’ve learned how to talk about Scripture and Jesus’ love for the world with specific examples of what they’ve seen, and that’s appealing to others.

“It’s not a sheltered belief system,” Jamal said. “It makes it more ‘cool.’”

Their Large Group strategy also seeks to better contextualize ministry for UTC students’ needs. Rather than coming up with content at the beginning of the semester, they pay close attention to what’s happening in the culture on campus. Then, Large Groups alternate between more typical inductive Bible studies and topical discussions based around addressing some sort of event or situation on campus. They also use Large Groups as a chance to invite more students to serve with them at Orchard Knob.

In 2018, InterVarsity/Urban Initiative was awarded Best Student Organization by UTC. Others are seeing the value of what the organization does on campus and in the community. That year, the student leadership team’s principles were relevancy and relationships, and they based everything they did on Matthew 9:36-38: "When he saw the crowds, he had compassion for them, because they were harassed and helpless, like sheep without a shepherd. Then he said to his disciples, 'The harvest is plentiful, but the laborers are few; therefore pray earnestly to the Lord of the harvest to send out laborers into his harvest.'” They wanted to have compassion for the issues and the students at both the middle school and college campus, as they sought to be laborers of both harvests.

InterVarsity/Urban Initiative’s influence continues to grow, and they look forward to serving an additional middle school this year. Jamal is also working to expand this model of ministry to Tennessee State University, so that another group of middle school students, another college campus, and another city will experience the transformative, healing power of Jesus in the unique way Chattanooga has.