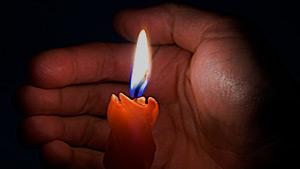 Two weeks ago, I had the privilege of speaking on the same platform with former Madison Chief of Police Noble Wray. A strong African American leader with a thoughtful and kind demeanor, he was asked if there had ever been a police shooting of an unarmed Black man in Madison. As far as he knew, there hadn’t been.

The next week, I spent four days at InterVarsity’s Multiethnic Staff Conference in Orlando, meeting with 320 staff members of all ethnicities and hearing stories of reconciliation from campus. Together, we experienced apologies and forgiveness, listening and lament, celebration and hope.

As I was flying from Orlando back to Madison—still processing the conference’s content—a young Black man, Tony Robinson, was shot and killed in my home town.

The juxtaposition of these three events stunned me. The death of another college-aged Black man moved my soul back into a state of sadness. Akin to a night of lament I had experienced in Orlando, I was mournful and confused.

As such, I can barely imagine the depths of pain that my African American brothers and sisters have experienced this week. A contemporaneous incident at the University of Oklahoma—racist slurs being chanted by students on a bus—only compounds the sorrow. The life—and dignity—of every Black staff member and college student matters deeply to the Lord and to our InterVarsity community.

Liberal Madison prides itself on its enlightened racial practices. Yet, as former InterVarsity trustee and local pastor Alex Gee has reminded us, Madison lags behind the state of Wisconsin and the nation on nearly every indicator of Black well-being. This includes unemployment, incarceration, healthcare, and high-school graduation rates.

This week, I have been diligently praying for Alex as he has served as civic leader, pastored his congregation and others, advised local police, and appeared on numerous media outlets. At a vigil for Tony Robinson, he reminded a gathered crowd, “We have to pray.” It is an honor to know someone who models prophetic-like resolve balanced with grace. Alex possesses a remarkable blend of truth, peace, and integrity.

The prophet Jeremiah is another exemplar in times of pain. Labelled “the weeping prophet,” he lamented while listening for the word of the Lord. He wept even as he warned the Israelites to return to the Lord and practice the justice God’s law demands.

And so, we act even as we lament. Our office staff in Madison spent our weekly chapel time walking in our neighborhood. As we moved out in pairs, we prayed for the Robinson family, for Madison police officers, for our Black staff and students around the country, for our churches, and for peace internationally.

Weeks ago, current Madison Chief of Police, Mike Koval, was invited to speak to our local office staff as part of our ongoing efforts to engage in issues of multiethnicity and racial reconciliation in our community. Little did we know of the tragic events that would intervene. Yesterday, more than fifty staff gathered to engage with and pray for him.

On campus, our 150 students at the University of Wisconsin are raising awareness of the need for reconciliation. At the University of Oklahoma, InterVarsity students are hosting conversations about Jesus and race. And students and staff in the St. Louis area continue to engage campuses and churches in the shadow of Ferguson.

So, while deeply saddened, I am encouraged by young leaders who are rising around the country—leaders who, like Jeremiah, are wise beyond their years and willing to be voices of hope and healing.

Tomorrow, my wife Mary and I will join many others in attending Tony Robinson’s memorial service here in Madison. Echoing the words of the psalmist, we will keep hope even as we mourn: “Guide me in your truth and teach me, for you are God my Savior, and my hope is in you all day long.”